Home » I Don’t Do Bikini Waxes, Never Have, & Never Will: Here’s Why

I Don’t Do Bikini Waxes, Never Have, & Never Will: Here’s Why 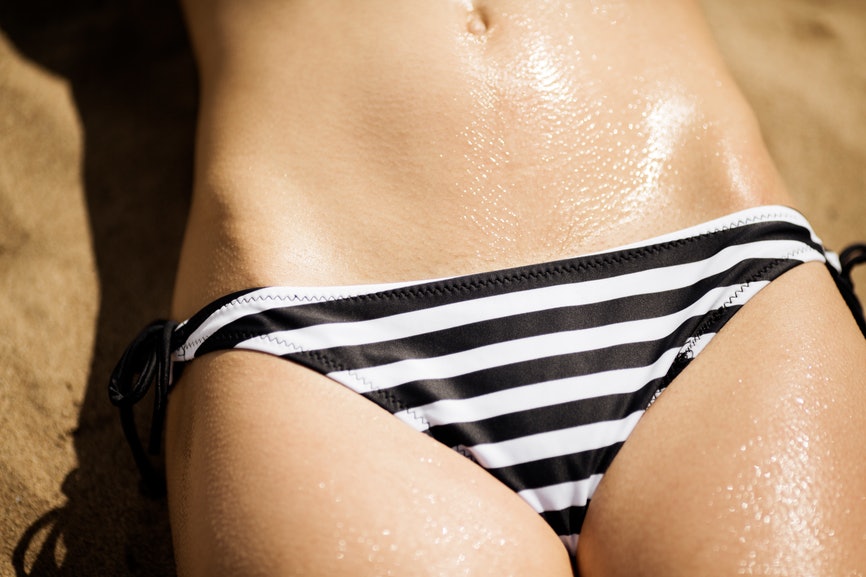 All right, maybe diving into my personal grooming habits on the internet is not the brightest idea I’ve ever had. But hey, since we’re all here, let’s get right into it, shall we? I don’t do bikini waxes. I know, I know — how on earth could a 20-something, single gal not wax down there, right? Allow me to explain why I never have and never will opt for a bikini wax.

In case this was unclear, waxing — specifically waxing the bikini and Brazilian regions, or your mons pubis, labia, and butt crack — involves pouring hot wax over an incredibly sensitive portion of your body and then ripping all of your hair off with force. It sounds like the kind of thing twisted, medieval patriarchs might have done to punish disgraced knights, not something millennial women would spend 50 bucks (plus tip!) on every few weeks at European Wax Center.

And yet — according to research conducted by the Department of Obstetrics, Gynecology, and Reproductive Sciences at University of California, San Francisco — a whopping 80 percent of women between the ages of 18 and 24 have, or continue to, wax regularly.

Don’t get me wrong: I totally support and respect women doing anything and everything they want to with their bodies. And if you’re down to rip hair from your flesh for the sake of feeling like a baby seal, power to you! My goal in life has pretty much always been to have the body of a naked mole rat. So like, I get it. But there are just so many alternatives, you guys — from razors to trimmers to hair removal creams for sensitive skin.

Don’t get me wrong: I totally support and respect women doing anything and everything they want to with their bodies. And if you’re down to rip hair from your flesh for the sake of feeling like a baby seal, power to you! My goal in life has pretty much always been to have the body of a naked mole rat. So, like, I get it.

Truthfully, just prefer the many alternatives — from specially made razors to hair removal creams for sensitive skin. I understand that, for many, waxing is just the best, easiest, quickest method. (And, I also understand that a lot of women adjust to the pain after a while, or don’t experience any pain at all.) But if you’re doing this solely because it’s what your S.O. prefers, then why the heck aren’t they covering themselves in hot wax on a bi-weekly basis as well? According to the aforementioned study, only 19 percent of college-age men were man-scaping (or getting "Brozilians," as they call them); yet, 60 percent prefer hairless partners. If that’s not a wild double standard, I’m not sure what is.

Women already have to do so much to take care of their sexual and pelvic health, from pap smears and birth control to investing in feminine hygiene products. (Did you know that the average woman spends nearly $20,000 on period-related items over the course of her lifetime? And yet, we make 78 cents on the man’s dollar. Excuse me while I breathe into a paper bag for a minute.) Oh, and we also do things like grow new humans and then push them out of our bodies and into the world. That’s awesome and important and empowering. But… why is the onus always on us?

If you want to wax — wax away! But if you feel like you owe it to your S.O. to wax? Again, if that’s your choice, that’s your choice. Just know that you definitely do not have to. As for me, until my (non-existent) boyfriend is down to drop hundreds of dollars on the experience of having someone pour hot wax all over the most sensitive parts of his body, I am 1000% not doing it either.

This article was originally published on March 20, 2018