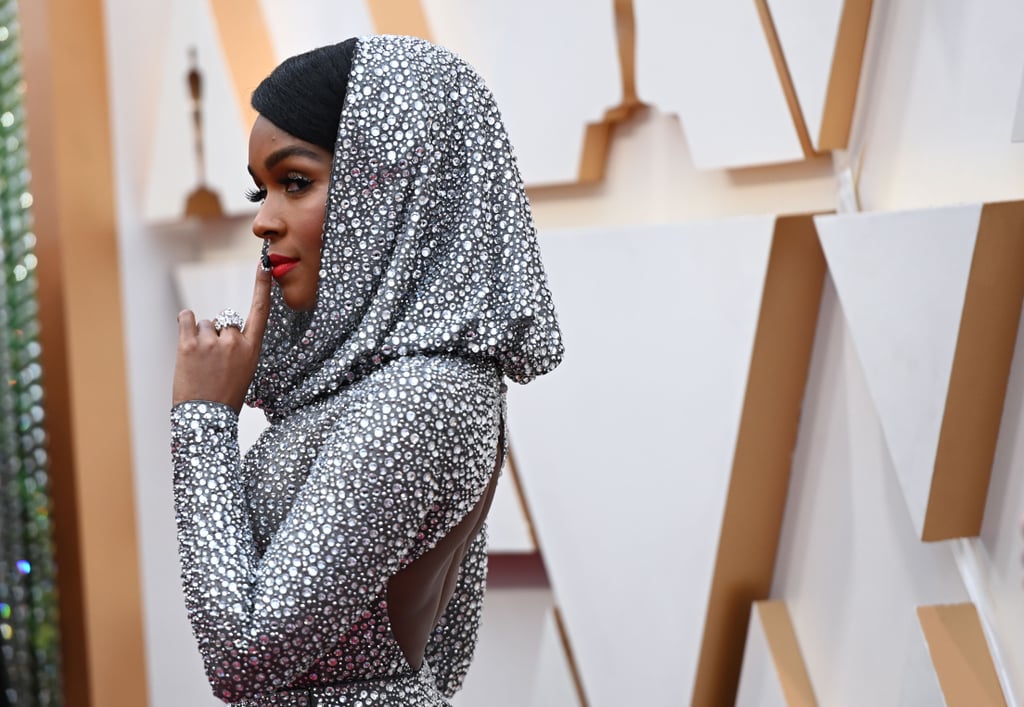 Janelle Monáe hit the Oscars red carpet on Sunday night with an outfit — and manicure — that brought a whole lot of drama. The actress and Dirty Computer singer attended the award show wearing a long-sleeved, shimmering Ralph Lauren gown that was apparently made with over 168,000 Swarovski crystals.

Monáe’s dress wasn’t the only thing decked out in crystals. She added even more drama by sporting an all-black reverse french manicure with crystals lining her cuticles. Read ahead to see more photos of Monáe’s Oscars glam.