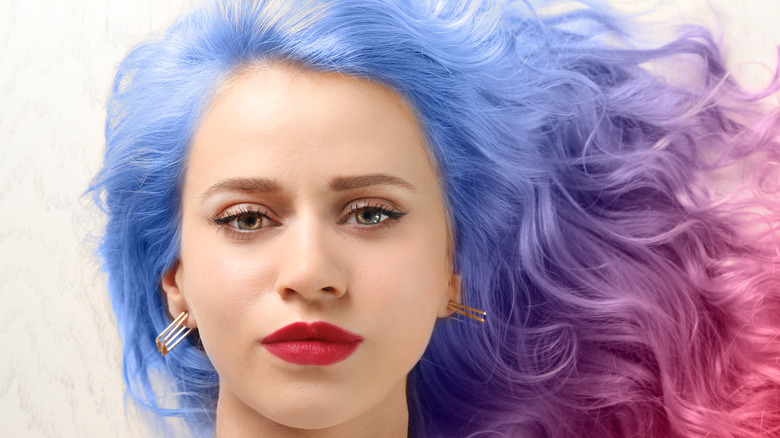 Hair dye has been popular for decades, and currently around 85% of women will color their hair at least once every eight weeks (via HolleewoodHair). Some of the hottest hair color trends this year, according to Glamour, include various shades of red, some autumnal brown colors, and even amethyst, but which hair colors aren’t so popular right now?

The List surveyed 687 people to find out which color they would never dye their hair. While respondents were divided — we all have different tastes, after all — there was an overwhelming frontrunner, with almost half of people saying they’d never dye their hair one color in particular. This color got 46.29% of the vote, in comparison to red hair, which came in second with a relatively small 16.45%. Yup, there are an awful lot of people who have decided that they’ll never die their hair green, but might be open to some other shades. 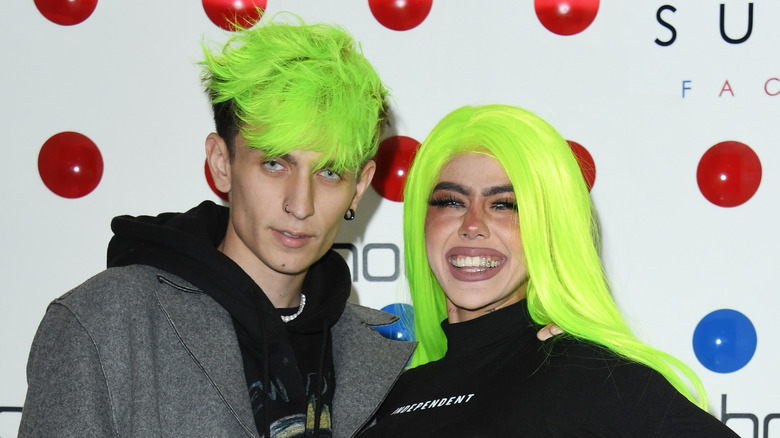 Despite the likes of Billie Eilish and members of South Korean boyband BTS experimenting with green hair, it seems that most of us will stay away from the color. Not a natural hair color, it’s perhaps unsurprising that it’s not the most popular, but even purple and blue hair are preferred to green locks. After green and red hair, purple came in at third, with 15.72% of respondents saying that they’d never dye their hair that color, and then — perhaps surprisingly — blonde was next up. Over one in ten people — 12.52, to be exact — would rather dye their hair any of the previous colors before coloring it blonde.

The color the least amount of people would rule out ever dying their hair is actually blue. While it might not be a natural shade, blue hair invites so many possibilities, and is consistently a popular choice for people looking to shake up their look — definitely more so than green. That said, what you do with your hair is up to you, of course, and if you think green hair is worth trying out, why not go against the majority and make it happen?