18 questions we have after ‘The Boys’ season 2 finale 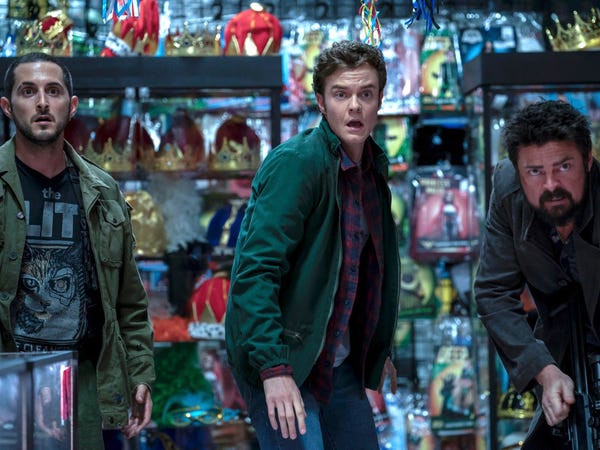 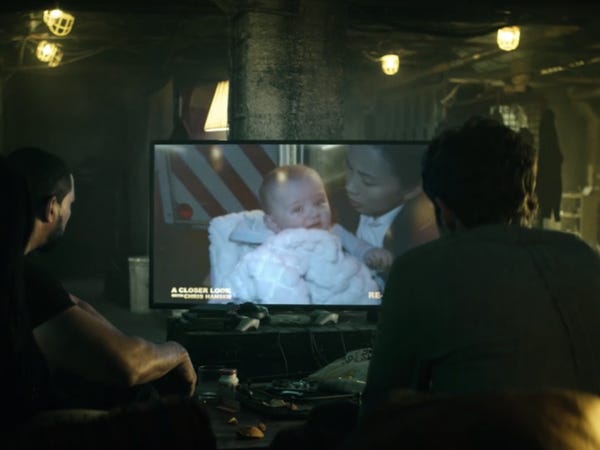 On the season two premiere, a report on the news revealed that Madelyn Stillwell's son Teddy was found alive and well 17 miles away, despite Stillwell's house exploding on the season one finale.

Since Homelander took Butcher out of the house before it exploded, he's probably the one who saved the baby, too.

In a Twitter Q&A, showrunner Eric Kripke said that Teddy "will be making an appearance in season three. I've seen the script. Teddy is alive."

Seasons one and two also never addressed who the baby's father is, or if it even matters since Stillwell was raising him alone before her death.

What happened to Butcher's brother Lenny and how did he die? 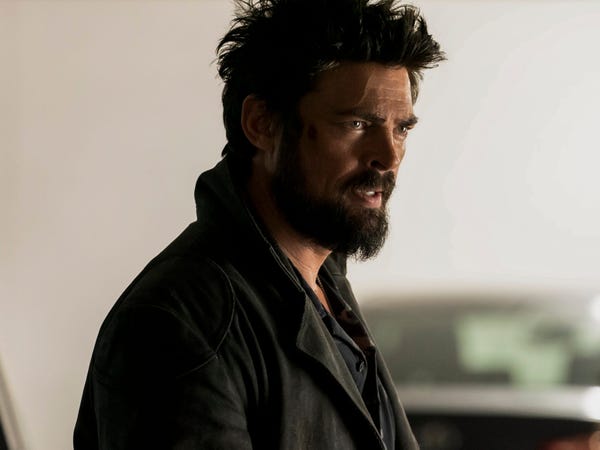 Then on episode seven, Butcher (Karl Urban) and his dad talked about Lenny, which seemed to be a sore subject for the family. Butcher blamed his father for being the reason Lenny died, but his dad argued that Lenny chose to sink rather than swim.

His dad also said that Butcher abandoned Lenny, which led the younger brother to put the gun in his own mouth.

Additionally, fans learned that Hughie is a "spitting image" of Lenny — which explains why Butcher often acts like a brother figure to him.

Will we ever learn why Hughie's mom left when he was 6 years old? 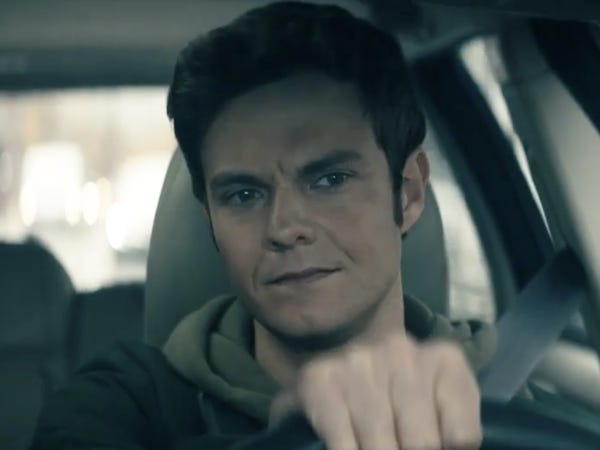 Based on his conversation with Annie during the finale, Hughie doesn't seem to know what happened to his mother or why she left, but perhaps Hughie's dad does?

Hughie also revealed that his love for Billy Joel came from his mom who used to have dance parties to the singer's music. Then one day she left and never contacted Hughie again.

It's also the reason why Hughie says he clings to people and never gives up on them. He told Annie that he refuses to be like her and abandon people.

Where is Hughie's dad? 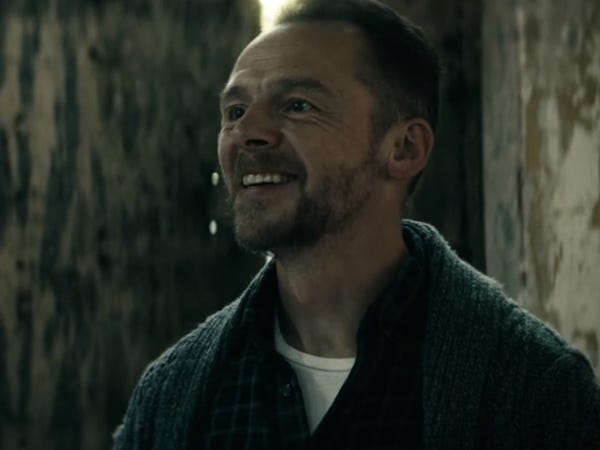 Hugh Campbell (Simon Pegg) was absent this season because he was put in witness protection, just like MM's (Laz Alonso) family. We saw MM reunited with his daughter after The Boys were cleared of all charges, but didn't see Hughie's dad at all.

And based on Hughie's conversation at the park with Starlight/Annie (Erin Moriarty) during the finale, it seemed like he was gearing up to be on his own.

Will The Deep ever get back into the Seven? 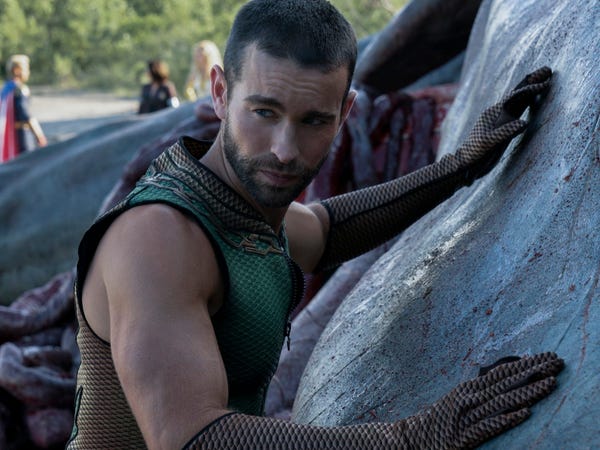 The Deep (Chace Crawford) was actually going to be reinstated to The Seven, as evidenced by a conversation between Alastair and Stan Edgar during the season two finale.

But then A-Train (Jessie T. Usher) stole the incriminating files on Stormfront and they agreed that he was more deserving of a spot back on the team. Alastair also called out The Deep's "toxic personality" before he stormed out of the room.

Now that The Deep has handed his bank accounts over to The Church of the Collective and is married to a girl named Cassandra (Katy Breier) from the church that he doesn't love, it's unclear where he can go from here.

The Seven gave him a sense of purpose and he needed the team far more than they needed him. He was also clearly miserable when he was demoted and sent to Sandusky, Ohio.

Seeing The Deep turned down for a spot back in The Seven was at least satisfying to watch since the supe wasn't trying to change out of the goodness of his heart. He was doing it with the end goal of restoring his former glory.

Is The Deep's marriage to Cassandra legit? 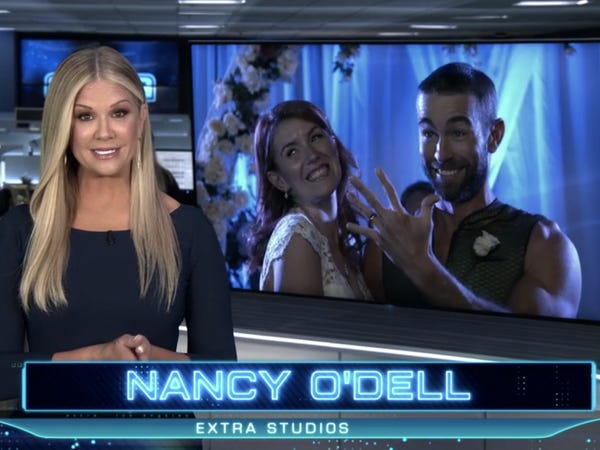 The Church of the Collective is more of a cult than a church and doesn't seem very trustworthy. Would any wedding ceremony by the church be legitimate? Did the cult fool The Deep into thinking the wedding was real?

The Deep isn't very smart, so it would have been easy for the cult to manipulate him.

Who will be the new leader of the Church of the Collective now that Alastair Adana is dead? 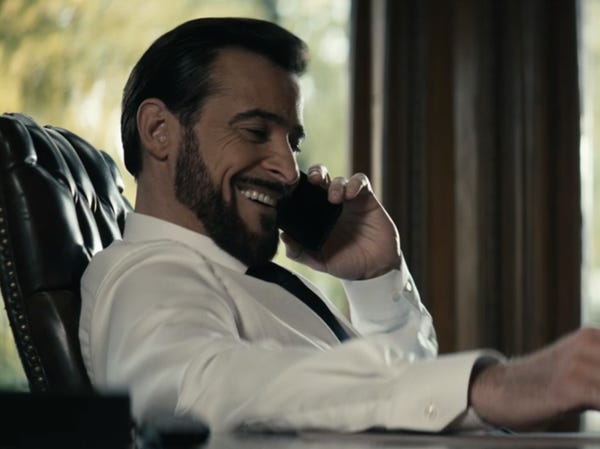 Alastair (Goran Visnjic) was the chairman of the Church of the Collective, but then his head exploded during the finale, which was the work of surprise supe Congresswoman Victoria Neuman.

Who will take over and will they also threaten Vought?

How will A-Train continue to be a member of The Seven with his heart issue and withdrawal symptoms? 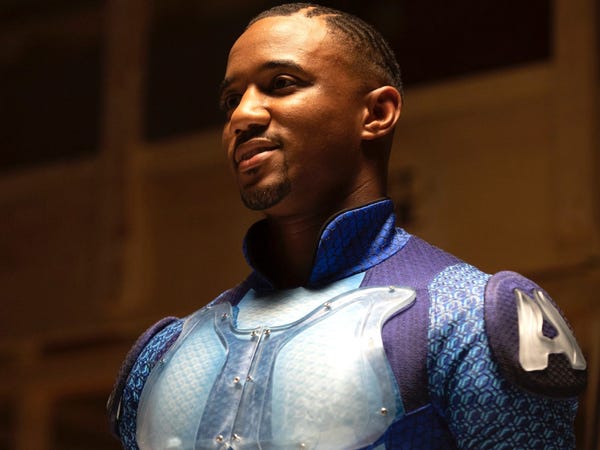 Since Shockwave (Mishka Thébaud) was killed at the hearing, A-Train is once again the fastest man alive.

But season two showed that he can only run so far before his heart condition hinders his power, which raises a lot of questions: Will his role in The Seven be smaller since his speed capabilities are limited? Is there another speedster out in the world who's faster and could challenge his position?

It could be possible that Vought might be able to work on a cure for A-Train's condition.

Where did Grace Mallory take Ryan? 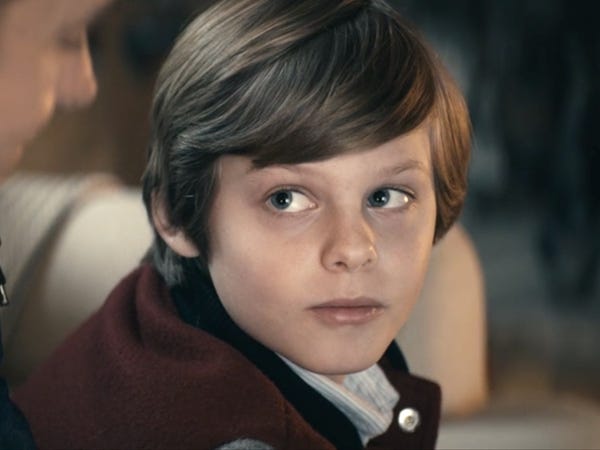 We know that Mallory (Laila Robins) will be keeping Ryan (Cameron Crovetti) safe from Vought in accordance with Becca's (Shantel VanSanten) dying wish, but it's unclear where he'll be sent.

Wherever Mallory takes him, Vought won't give up easily. Ryan is a multi-billion-dollar asset to them as the first supe ever created biologically. Let's hope Mallory knows a good safe house.

Will Ryan be raised with a mother-like figure? 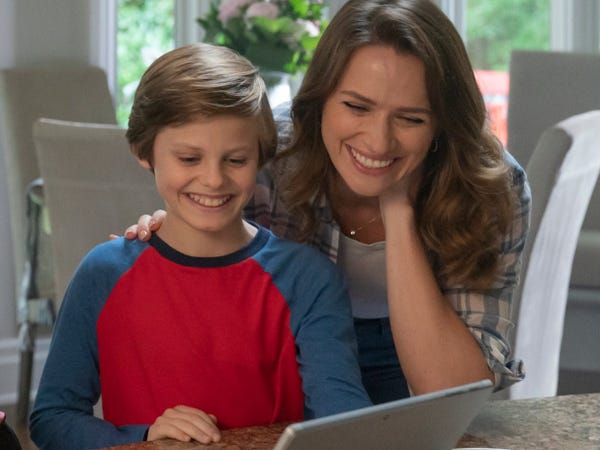 Becca was adamant about not being separated from Ryan. She was worried he could end up like Homelander (Antony Starr), who was raised in a lab with no parental figures.

Both Becca and Jonah Vogelaum believed that Homelander became a psychopath because he didn't have proper parental guidance. Hopefully Ryan will find someone who can care for him like Becca did.

Will Homelander try to find Ryan now that Mallory's taken him away? 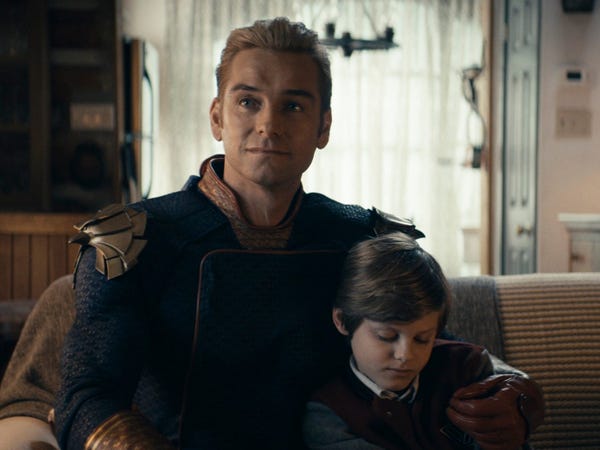 So much of this season showed that Homelander liked being a father and having a mini-me who he could take under his wing and train. Without his son and Stormfront, he's once again alone.

Antony Starr also told EW that fans can expect to see Homelander act like a "homicidal maniac" during season three.

Where exactly is Stormfront and what kind of condition is she in? 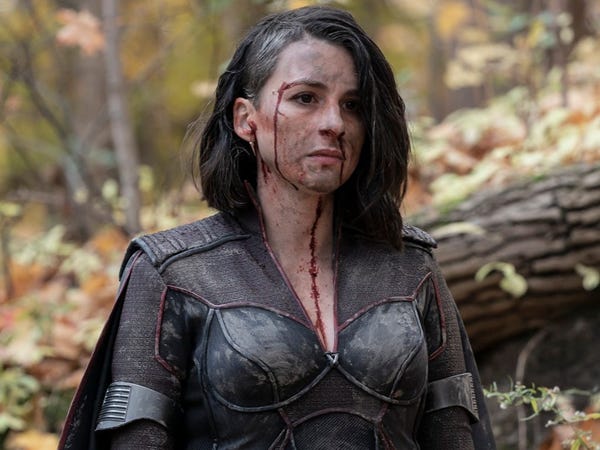 Even after Ryan severed her limbs and burned her face on the finale, Stormfront was still barely alive and babbling in German.

She appears to age slowly and have regenerative plasma, so it will be interesting to see how she heals (if at all). At the very least, Kripke and star Aya Cash have both said in interviews that Stormfront isn't dead yet.

"I think they've left the door open, but I also feel like there's not much left of her," Cash told Entertainment Weekly. "She's not technically dead, but I think you'll just have to see season 3 to find out what happened to her, [or] if she's going to be around at all in her smaller form."

And although Homelander said during the press conference that Stormfront was being held at an undisclosed location, it wouldn't be the first time Vought and the supes lied to the public to protect their image.

Was Stormfront's daughter, Chloe, a supe? 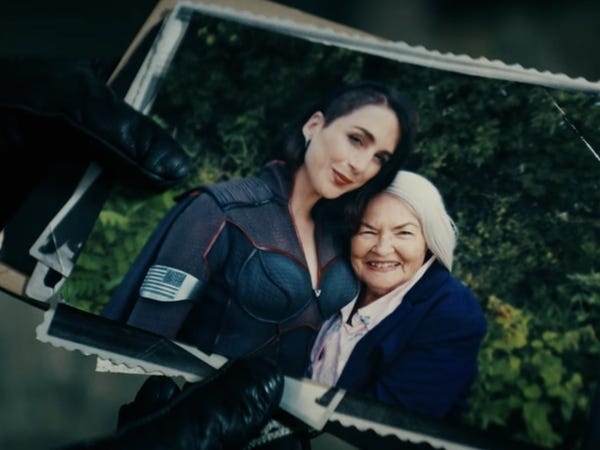 On episode six, Stormfront told Homelander that Chloe died a few years ago from Alzheimer's. But she didn't share any other details about her daughter.

Ryan, the son of Becca and Homelander, is believed to be the first natural-born supe, but what about Chloe? We still don't know if she was born before or after Frederick Vought gave Stormfront the first successful injection of Compound V. And even so, it's unclear if science was advanced enough at the time to enable her genes to be passed down.

What are Victoria Neumann's motives? 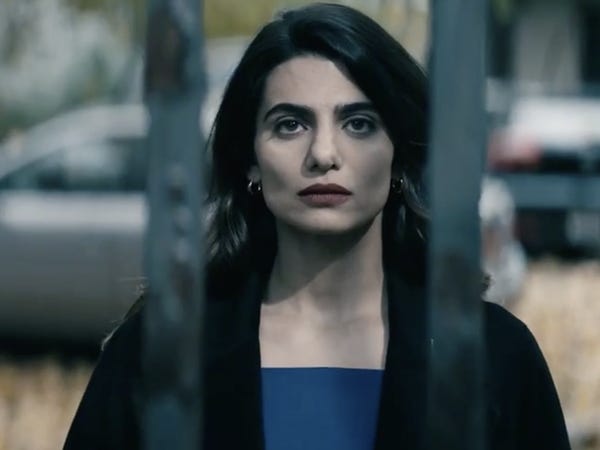 This will probably be explored on season three, but she seemed to target specific people who got close to figuring out or revealing Vought's secrets, like Raynor and Vogelbaum.

Just before killing Alastair, he told Victoria that he had "enough dirt to ruin a dozen supes," which would be "a deathblow to Stan Edgar." Victoria also told Alastair that she knew it was his intel that led to the takedown of Stormfront.

Kripke also told EW that Neuman (who's a man in the comics) will obviously "play a big part in season three."

"I don't want to say too much because there's a certain mystery in season 3 about exactly why Victoria is doing what she's doing," he said.

When and how did Victoria Neuman become a supe? 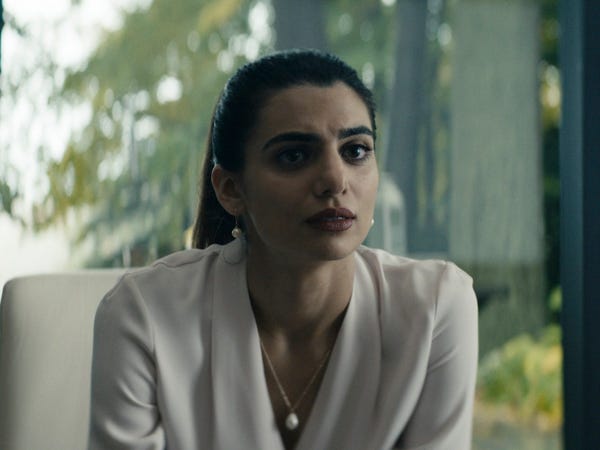 We know that people (Ryan being the only known exception) acquire their powers after getting injected with Compound V. Many were injected as babies, but episode six revealed that Vought was holding test subjects at Sage Grove and trying to stabilize Compound V so that adults could handle it better.

Lamplighter (Shawn Ashmore) explained to The Boys that infants handle the serum best, but adults sometimes "turn into a freak" or die, so Vought was trying to figure out how to stabilize V so that any adult could become a supe.

So did Victoria somehow get her hands on Compound V as an adult? Has she secretly been a supe her whole life?

What are the limitations and extent of Victoria Neuman's powers? 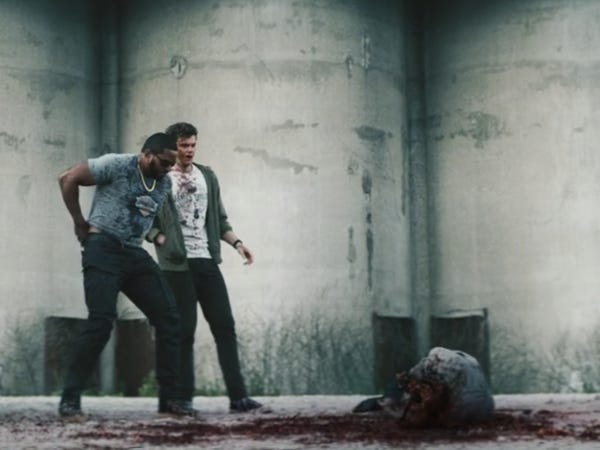 She doesn't even need to be in the same room as her exploding head victims, as seen with Susan Raynor (Jennifer Esposito) and Alistair. It's also unclear if her powers work within a certain radius.

What will happen to the "Dawn of The Seven" movie? 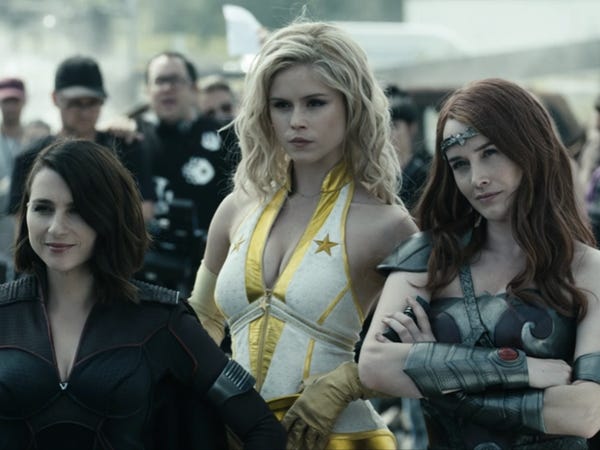 There have been significant changes to The Seven since they last filmed "Dawn of the Seven."

For example, A-Train last filmed a scene that made it look as though he was being kicked out The Seven during episode five, but now he's back in the group.

They also appeared to film significant footage with Stormfront, but she's now outted as a Nazi and kicked out of the group.

Vought will probably need to recast roles, rewrite the script, or scrap the movie altogether.

Who will fill the vacant spots in The Seven?

Stormfront joined the group as Translucent's replacement this season. But now she's been outed as a Nazi and is supposedly locked up by Vought. Meanwhile, The Deep, who took a sabbatical, appears to be ousted from the group for the time being.

So the current lineup for the group is Homelander, Queen Maeve (Dominique McElligott), Starlight, A-Train, and Black Noir — which leaves two vacant spots.