44 Pounds of Liquid Meth Found in Pumpkins at U.S. Border 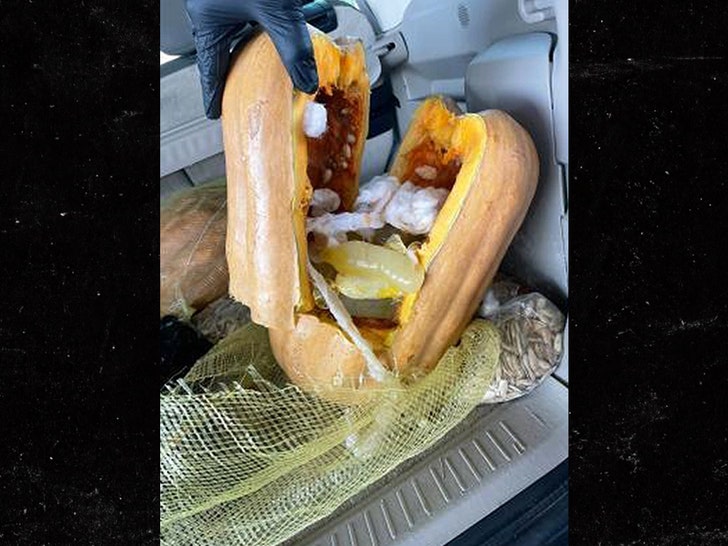 These are NOT Charlie Brown’s “Great Pumpkins” — Customs agents uncovered a huge amount of meth tucked inside a bundle of everyone’s fave Halloween gourds.

U.S. Customs and Border Protection revealed their big find in a statement Wednesday … noting its officers have seen “just about everything and this Tuesday was no exception” — saying they discovered more than $402K in liquid methamphetamine inside the pumpkins.

The 4 winter squashes, found at Eagle Pass Port of Entry in Texas, held a total of 44 pounds of the drug which was packed into 136 different condoms.

The officers seized the meth and the car that was carrying the pumpkins … and the driver was turned over to Maverick County Sherriff’s Office for further investigation.

Carve carefully out there!! Not all jack-o-lanterns are created equally.