Account Claiming to be Tristan Thompson's Baby Mama Blasts Him

Khloé Kardashian’s ex-boyfriend Tristan Thompson can’t stay out of the news. Recently, he made headlines as news broke that he is the supposed father of personal trailer Maralee Nichols‘ baby. After the news became public, alleged texts between Thompson and Nichols of Thompson asking Nichols to drop her paternity lawsuit leakd. Since then, an account claiming to be Nichols blasted Thompson on Instagram. But some people doubt if it’s really Nichols behind the page.

What did the accounts say about Tristan Thompson?

“Transparency and honesty was all I ever asked for,” the account wrote, according to StyleCaster. “The love we made… The intimacy… and me opening myself up to you and showing my vulnerability… was all a mistake. Never again.”

“I never asked you to leave Khloe. Those were your own intentions with no influence on my part.. AT ALL. Let’s make that clear. I just want you to uphold the promises you made me. The promises you made us….” she wrote. “You hurt me to the core and I am not okay.”

“You told me you planned to leave Khloe at Doja’s party in LA,” she continued. “Flew me and my best friend out. All for why?

Then, she posted screenshots of alleged DMs between her and Thompson.

“Can you please stop? he wrote. “We can talk about this like adults in private… leave Doja and other names out of this. I’ll b in Houston in a few weeks.”

“Sad that I have to threaten to expose the Kardashians to get a response,” the account posted.

Since then, the account has been deleted, according to RadarOnline, and it is unknown whether it was actually Nichols or not. 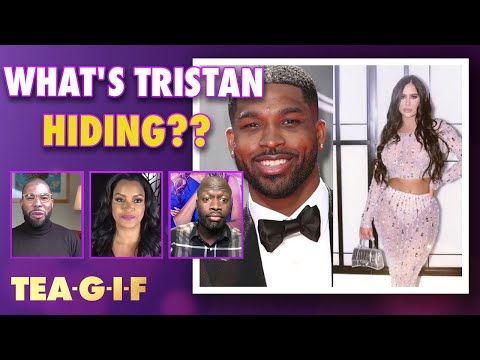 During all of this drama, texts between Nichols and Thompson leaked in which Thompson told Nichols that he didn’t want to be involved in the child’s life.

He continued, alleging that she wouldn’t make any money from suing him.

How is Khloé handling the Tristan Thompson scandal?

This isn’t the first time Kardashian has been involved in this kind of drama. When she was pregnant with her daughter, True, photos of Thompson with another woman surfaced. Later, Thompson was caught kissing Kylie Jenner’s former best friend, Jordyn Woods. In June, she and Thompson broke up after rumors surfaced that he was cheating on her with model Sydney Chase. So, this time around, Kardashian is having a hard time keeping her head up. 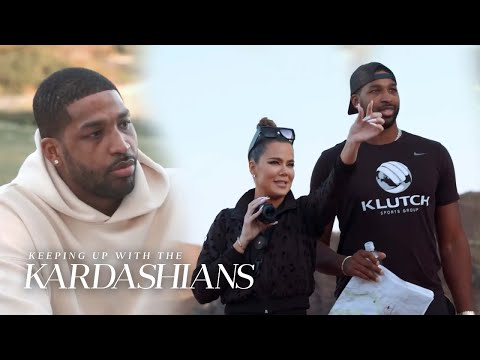 “Khloé is kind of gloomy about the news of Tristan’s new [alleged] baby, especially going into the holidays,” a source told Entertainment Tonight. “Khloé is always so positive, but this brought her down a little. She has always been into giving Tristan tons of chances and deep down held out hope that they would maybe get back together one day. There is no hope and it’s really done for now, but she thinks it’s for the best.”