Home » Celebrities » Akshay Thakrar reflects on his time on The Apprentice

Akshay Thakrar reflects on his time on The Apprentice

‘I genuinely believe I wasn’t directly at fault’: Fired Apprentice candidate Akshay Thakrar says he lost 8 out of 9 tasks as the ‘team dynamics weren’t right’ for him

Fired Apprentice candidate Akshay Thakrar has said he thinks he lost 8 out of 9 tasks he was involved in as the ‘team dynamics weren’t right’ for him.

During an exit interview, the Londoner, 28, who specialises in digital marketing, told how he ‘genuinely believes he wasn’t directly at fault’ for the failure of any tasks.

He was fired on Thursday night’s episode after a chaotic TV shopping channel themed task. 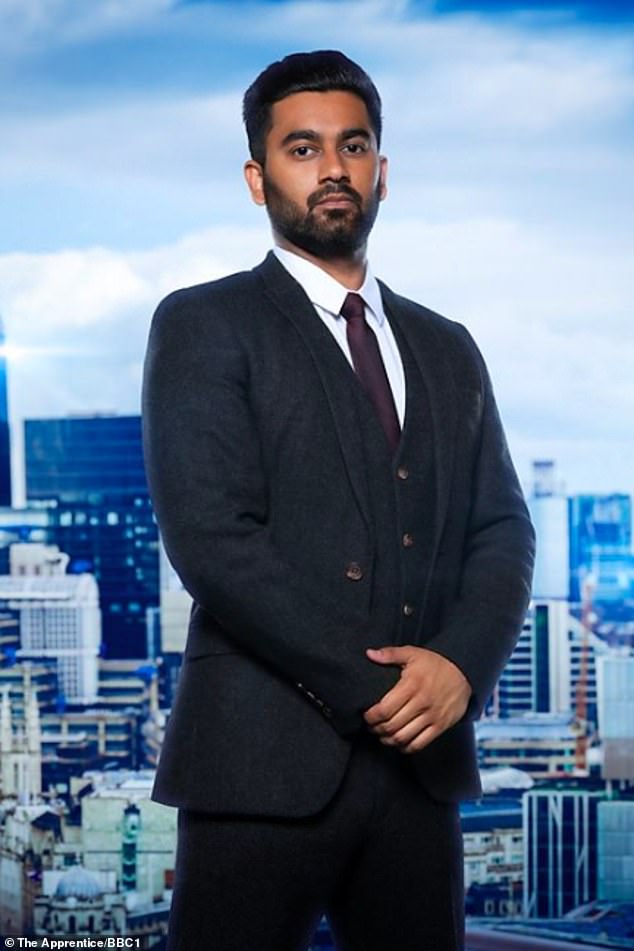 Opinions: Fired Apprentice candidate Akshay Thakrar has said he thinks he lost 8 out of 9 tasks he was involved in as the ‘team dynamics weren’t right’ for him

When asked what he thought went wrong after losing all but one of the tasks, he said: ‘To be honest, and I never actually said this in the boardroom as I am not someone who just blames other people, but the team dynamics just weren’t right for me.

‘Like in real life situations, there will be personalities and people with a skillset to compliment yours and you just work best with them.

‘I could break each task down and say why they failed, and I genuinely believe I wasn’t directly at fault, or certainly the one most at fault, if that makes sense?’

Asked how he felt leaving in the later stages of the competition he said: ‘I feel great; so grateful for the opportunity. You know, I tried my best, I really fought for it and got so close to the final – I honestly thought I could really take this now. 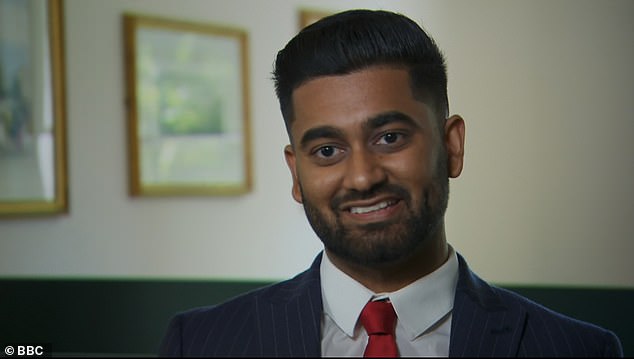 Bold: During an exit interview, the Londoner, 28, who specialises in digital marketing, told how he ‘genuinely believes he wasn’t directly at fault’ for the failure of any tasks

‘I really believed I could win, and I got so close, but it obviously wasn’t meant to be!’

Akshay found himself in the board room after a number of failed tasks but seemed to always managed to talk himself out of being fired until this week.

Asked how he thinks he survived so many times, he replied: ‘People keep saying I’m like a cat with 9 lives, but if you look at the reasons as to why the tasks failed, I wasn’t directly responsible for them and that’s just what I highlighted in the boardroom.

‘I stuck to the facts, kept it very clear and always kept it relevant to business. I think that’s why I survived so much to be honest with you. I kept it to the point, I didn’t make it personal at any time, I highlighted what went wrong and Lord Sugar saw that.’ 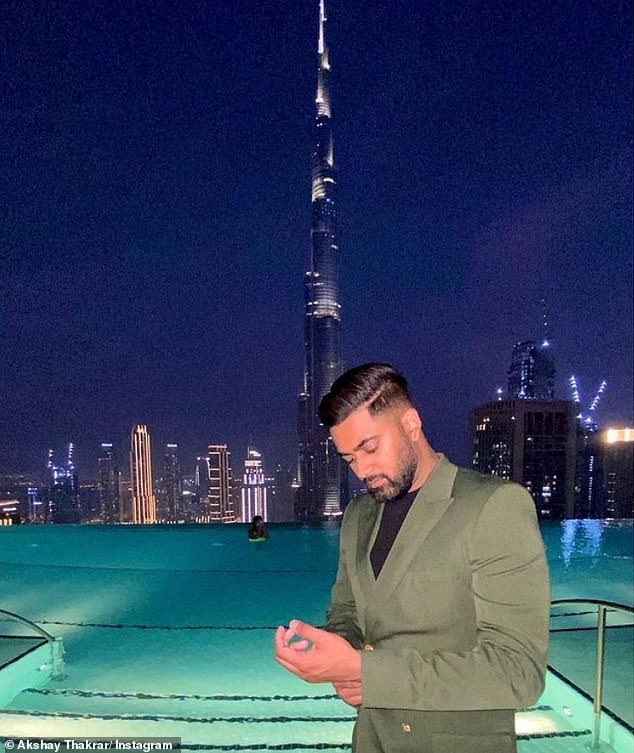 Reflecting: When asked what he thought went wrong after losing all but one of the tasks, he said: ‘The team dynamics just weren’t right for me’

Touching on lighter topics, the businessman told how despite all the contestants sharing a house together, he didn’t have any romances during his time on the show.

He said: ‘[laughs] No! I was too busy having a coffee at the café for any romance! I wasn’t in there looking for romance, I was looking for investment! My mum was very disappointed…!’

He also reflected on what he is the proudest about from his time on the show, saying: ‘The fact that I didn’t give up and that I kept going, because, whilst I thrived on them, those boardrooms are not easy!

‘The fact that I would dust myself off and keep going, you know, I just think Lord Sugar saw something in me and that obviously gives me real encouragement to go for it. 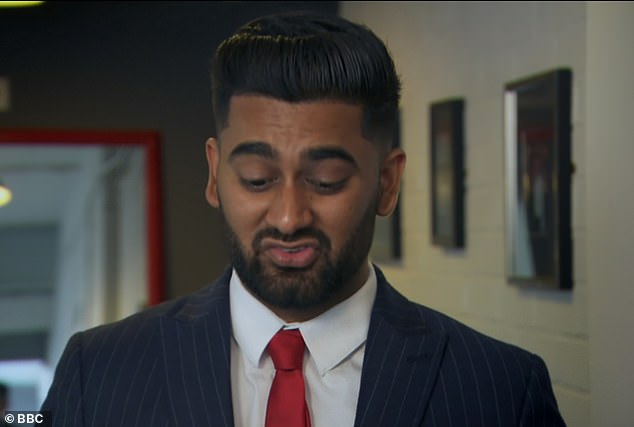 Bye! He was fired on Thursday night’s episode after a chaotic TV shopping channel themed task

‘If someone like Lord Sugar can see the potential in me, it just makes me feel good about myself and gives me that little bit more belief.’

The TV star then lifted the lid on what is next for him, with his plan to carrying on building his marketing agency SAI Network.

He explained: ‘It has a 6-figure asset value. It’s a marketing agency for lead generation, influencer marketing and content creation, so I’m going to continue to grow and scale up the business. I do enjoy it a lot.’

However last month it was revealed that he has been a director of five failed companies. 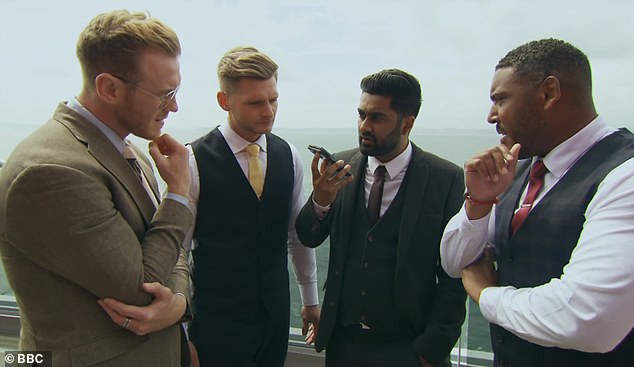 Competition: Akshay found himself in the board room after a number of failed tasks but seemed to always managed to talk himself out of being fired until this week

He first tried his hand at setting up a record label before the firm folded in July 2013. He then set up a firm called Vivid Records Ltd while he was a student.

The firm was incorporated in November 2011 but was dissolved via compulsory strike-off 19 months later without filing accounts. No reason was given for the move but it is usually initiated when directors fail to file paperwork on time.

In April 2014, he was one of two directors of an advertising agency called Silver Crescent Media Ltd, along with Pareet Shah.

The value of the firm’s total assets also fell from £1,603 to £509 before the company was voluntarily dissolved in March 2016.

Thakrar, who jokes his first word as a newborn was ‘profit’, set up Aumetric Media Ltd, which described itself as being involved in retail mail, order sales and advertising, in October 2014.

His appointment was terminated in January 2016 and the firm applied to be struck off the official register of companies four months later. It filed accounts covering 2015 that showed it has £566 in the bank and net liabilities of £2,154. 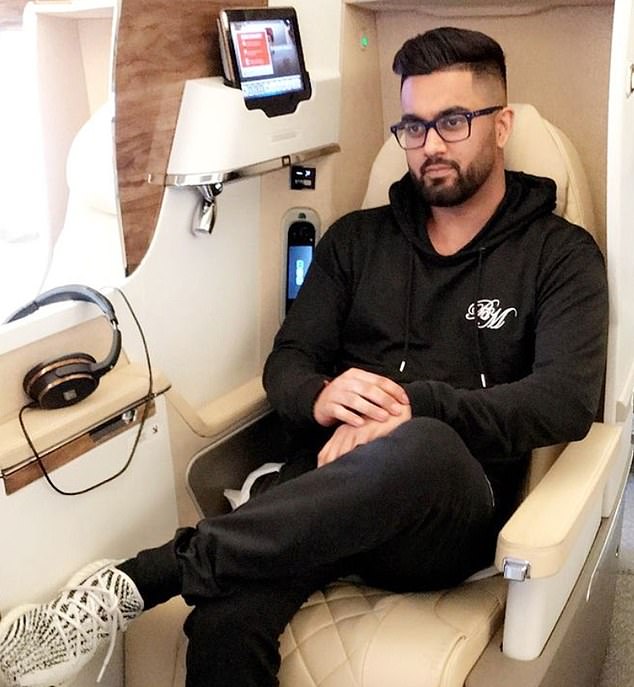 Oh dear: Last month it was revealed that Akshay has been a director of five failed companies

He and pal Shah also set up Nativelabs Ltd in July 2015 which was voluntarily dissolved in September 2016. Thakrar stood down as a director in January 2016 and the firm posted accounts as a dormant company in June 2016.

Its balance sheet covering the 11 months to 31 May 2016 showed that it has assets worth £4, which was the amount of cash in its bank account.

In March 2017 he was appointed as a director of another advertising agency called Roq Media Ltd but the firm applied to be struck off the register in July 2017 without filing accounts.

He is currently director of an advertising firm called AMT BD International Ltd was was incorporated on 17 March last year.

A source said: ‘Akshay will be hoping Lord Sugar doesn’t look too closely at his business back catalogue.’

Describing himself as ‘put on this earth to make money’ Akshay speaks seven languages and is able to connect with everyone, therefore ‘can sell anything to anyone.’

Akshay told MailOnline: ‘These companies were simply registered when I was younger. My company, Triple AMT Group Ltd, has now been trading for 4 years and continues to grow year on year with total current asset value worth six figures in the previous account record.’

The Apprentice continues tonight at 9pm on BBC One, followed by You’re Fired on BBC Two. Watch live and on-demand on BBC iPlayer. 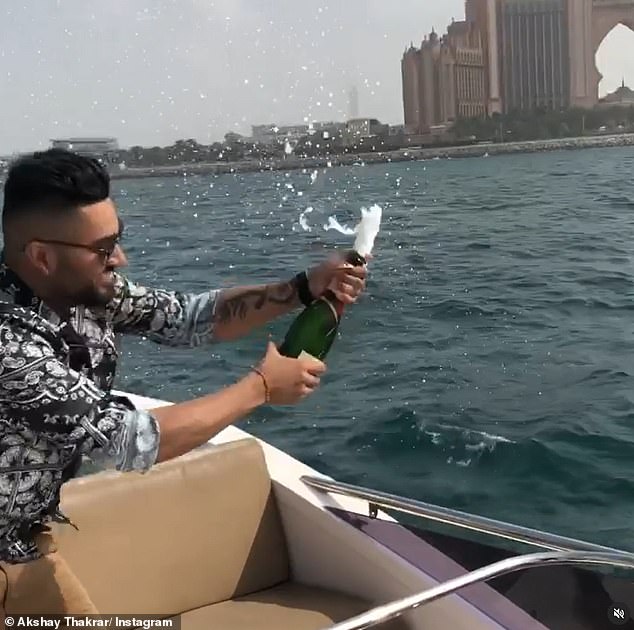 Having his say: Akshay told MailOnline: ‘These companies were simply registered when I was younger’