Home » Celebrities » Aljaz Skorjanec: Strictly star speaks out after sparking concerns – ‘What’s up with you?’

Aljaz Skorjanec: Strictly star speaks out after sparking concerns – ‘What’s up with you?’

So many people went, ‘What’s up with you? Are you actually still alive?’

The 31-year-old was asked about his supposed disappearing act on The Kevin Clifton Show podcast.

The host, 38, said he thought the Slovenian dancer might “hate” him, after not hearing from him in a while.

However, the performer said it couldn’t be further from the truth.

Aljaz explained how he turned off his mobile phone for a month, after all worked stopped due to the panedemic. 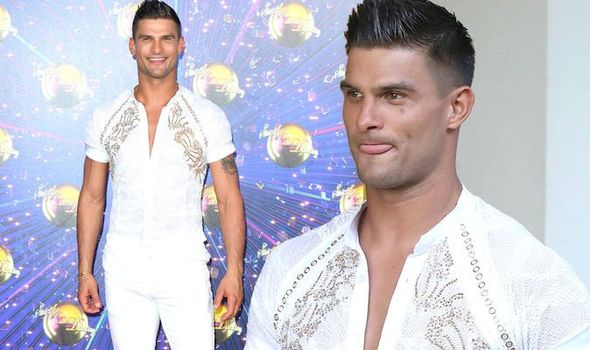 Saying the experience was “liberating”, he did admit that many had messaged him to check if he was OK.

Kevin started by recalling speaking to Aljaz’s wife Janette Manrara, but not him.

He stated: “There were a couple of times where I spoke to Janette. I think Janette came on my podcast, on this podcast, probably like a year ago.

“I think I came and did an Instagram live with Janette at some point and at both times I was like, ‘How’s Aljaz? Is he good?'”

Kevin said he worried his friend didn’t want to communcate with him.

Shedding light on the situation, Aljaz confirmed that was not the case.

He told his pal: “So many people went, ‘What’s up with you? Are you actually still alive?’

“I didn’t post a single thing on any social media – that was on purpose.”

Aljaz stated: “It was the perfect opportunity to go, I don’t need to post anything because there’s nothing really happening in my life.

“This is the time now to give myself a little break from my phone.”

He finished: “I literally switched it off for a month – I’ve done that before. The most liberating thing I’ve ever done.”

The star has been confirmed to be returning to Strictly later this year.