Home » Celebrities » Amber Heard: Johnny hit me three times when I laughed at his tatto

Amber Heard: Johnny hit me three times when I laughed at his tatto 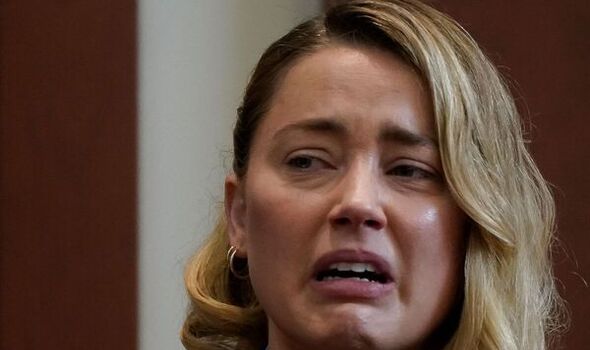 The actress told jurors in the couple’s bitter defamation case the Pirates of the Caribbean star slapped her three times in 2013 after she had laughed at one of his tattoos.

Taking the stand for the first time Heard, 38, said: “I will never forget it. It changed my life.”

“He slapped me across the face and I laughed because I didn’t know what else to do. I thought this must be a joke. Then he slapped me again.”

“I didn’t move or freak out. Then he slapped me again. Hard.”

Heard said the couple had been having a “normal conversation” on the sofa, and there was a “jar of cocaine”. She added that Depp was drinking when she asked him about his “wino forever” tattoo.

The actress said Depp later got down on his knees and cried uncontrollably, saying “he would rather cut [his] hand off” than lay it on her again, adding: “I’m so sorry baby. I thought I put the monster away.”

Heard added that she knew she had to leave him but did not want to.

Depp, 58, is suing his ex-wife for £38million in damages for a newspaper opinion piece she wrote about domestic violence, although she did not name him. Asked how she felt about the case, Heard said: “This is horrible for me. The most difficult thing I’ve ever gone through.”

She was also emotional as she described how she fell in love with Depp on the press tour for The Rum Diary in 2011, saying it “felt like absolute magic”.

The two, now embroiled in counterclaims of domestic abuse, were “secretly dating” but “in a bubble of secrecy” as it hadn’t yet been made public that Depp had split from Vanessa Paradis, the mother of his children Lily-Rose, 22, and Jack, 20.

Depp says Heard’s claims in the Washington Post in 2018 ruined his career and trashed his reputation. Heard has filed a countersuit, seeking almost £78million, and says his legal team has falsely accused her of fabricating claims against him.

Earlier, the jury of seven at the Fairfax Courthouse in Virginia heard the actress gave Depp a knife with “until death” inscribed on it.

But the gift, engraved in Spanish “hasta la muerte”, should be viewed in “context”, a forensic psychologist insisted as she testified on Heard’s behalf. Depp’s lawyer Wayne Dennison showed Dr Dawn Hughes a photo of the large silver blade and said: “A woman afraid for her life gives her intimate partner a large knife on which she has inscribed ‘until death’, that’s your testimony?”