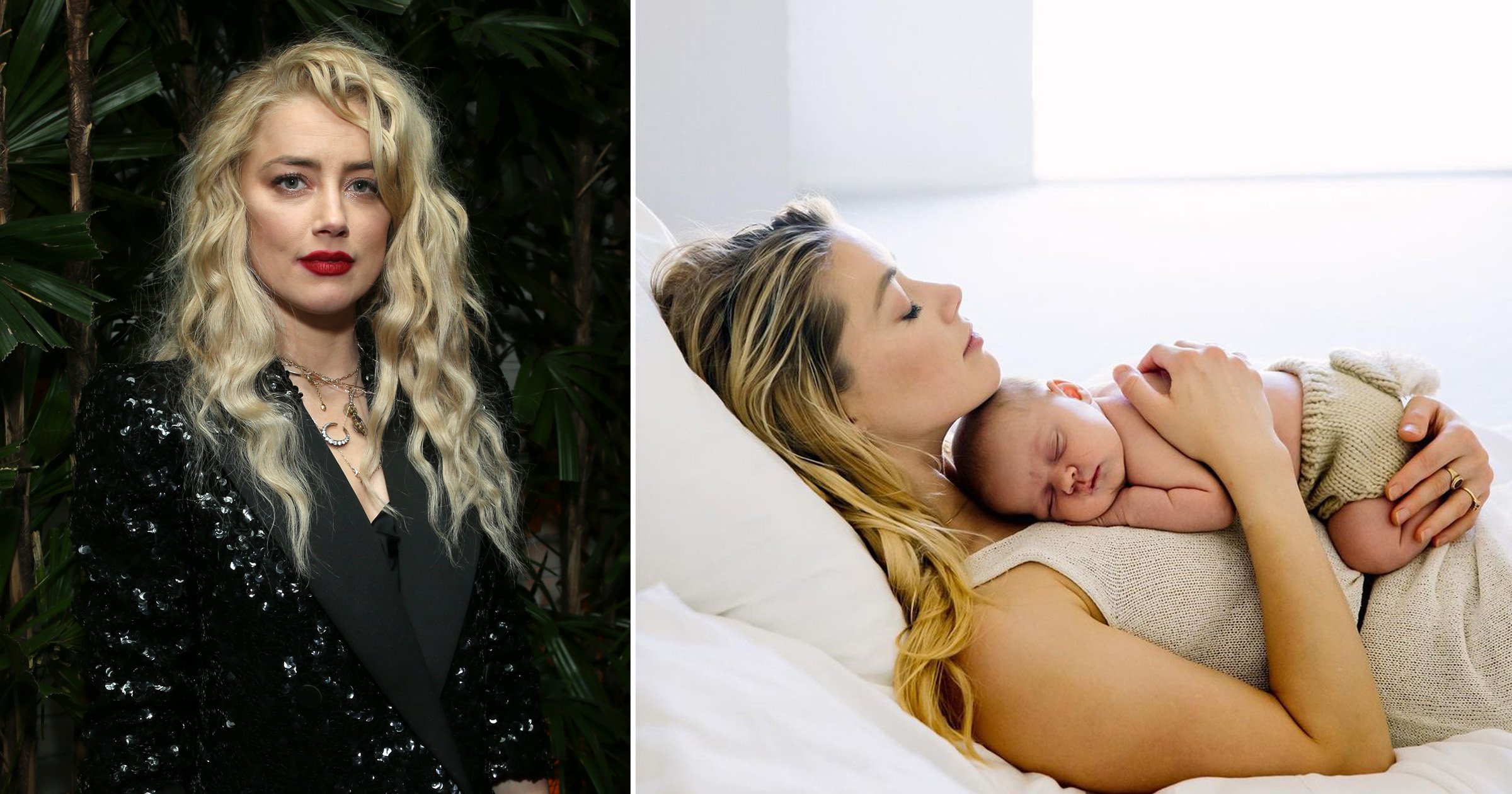 Amber Heard has revealed she welcomed a baby daughter in April after deciding she wanted to ‘do it on her own terms’.

The Aquaman actress, 35, shared a photo of herself holding her daughter, writing on Instagram: ‘I’m so excited to share this news with you.

‘Four years ago, I decided I wanted to have a child. I wanted to do it on my own terms. I now appreciate how radical it is for us as women to think about one of the most fundamental parts of our destinies in this way.

‘I hope we arrive at a point in which it’s normalized to not want a ring in order to have a crib.

‘A part of me wants to uphold that my private life is none of anyone’s business. I also get that the nature of my job compels me to take control of this.

‘My daughter was born on April 8, 2021. Her name is Oonagh Paige Heard. She’s the beginning of the rest of my life.’

Amber’s surprise baby announcement comes after she kept her plans to start a family out of the public eye.

Amber and Johnny’s relationship had been in the spotlight until the start of this year due to a libel lawsuit brought by the Pirates of the Caribbean star after Amber claimed their marriage had been abusive.

In March it was revealed that Johnny had lost his bid to overturn a High Court ruling in the libel case, which concluded he assaulted his ex-wife, something he denied.

In April, Amber also teased that she will reprise her role in the second film in the Aquaman franchise.

She posted a photo of her reading a book on the set of the first movie to Instagram and Twitter, adding: ‘Before Aquaman took the last pages out of this book #gettingakindleforaquaman2 @aquamanmovie.’