Angelina Jolie celebrated her 46th birthday on a bright note! The actress and director enjoyed a family dinner at TAO in Los Angeles on Sunday night with her six kids.

For the special occasion, Jolie wore a bright yellow belted, long-sleeve Ralph and Russo dress and nude heels with a black purse. Jolie has worn the look before, most recently during her CBS This Morning interview last month.

She wore her hair down and straight and kept a gray face mask on as she exited the celebrity hot spot. 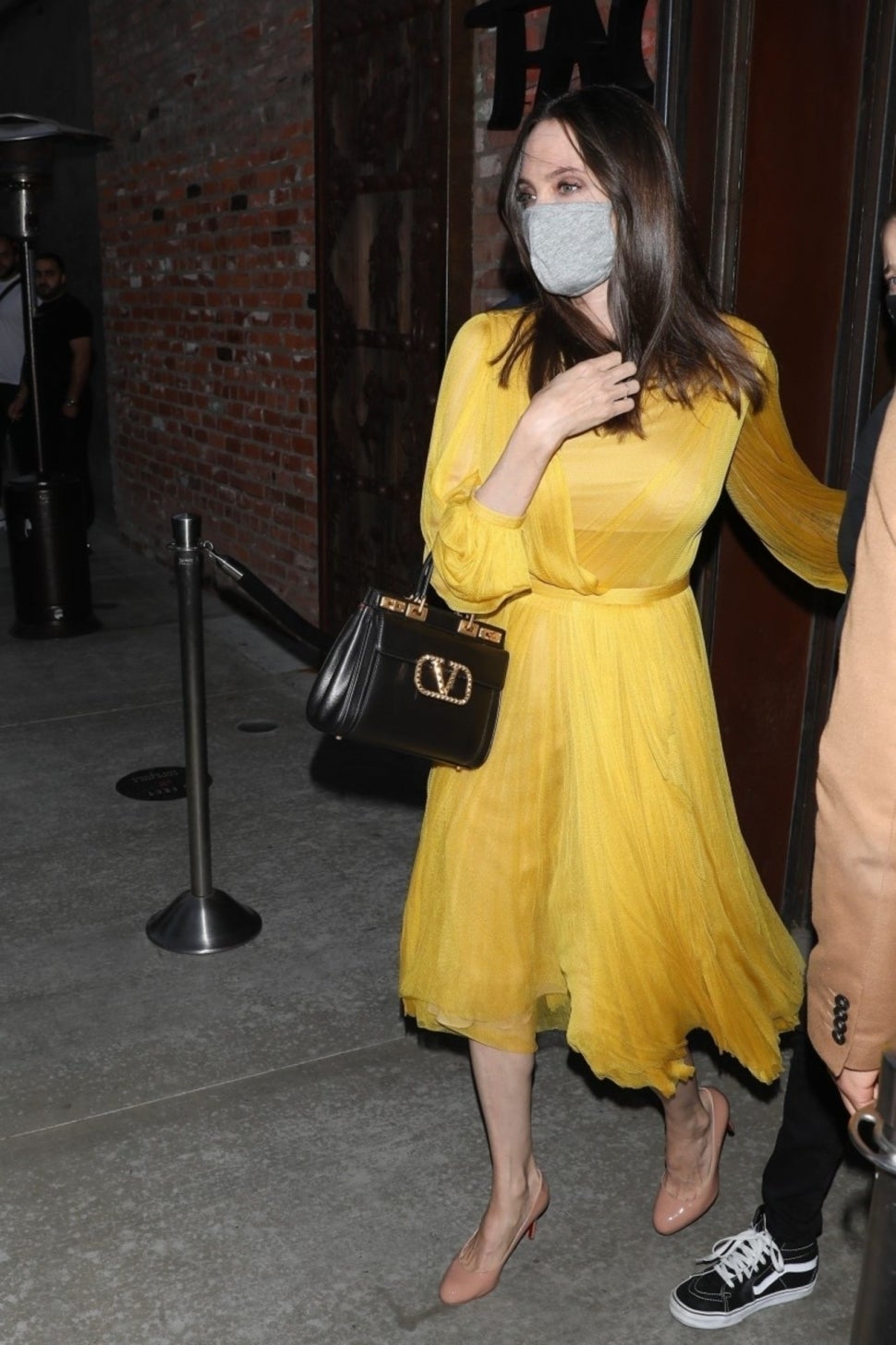 A source tells ET that Jolie and her kids had a “really special day” celebrating at home before her children planned and surprised her with an evening out.

It’s been a difficult few weeks for Jolie, whose ex-husband, Brad Pitt, was granted tentative joint custody of their children. Jolie initially sought to receive primary custody of the former couple’s six kids.

“There are issues of concern, but the court proceedings are closed and sealed,” a source told ET at the time, adding, “[Angelina] is always working for the health of the family.”

Peter Harvey, a lawyer for Jolie who is close to the case but not directly involved, told the Associated Press that the actress “supports joint custody,” but added that the situation is complicated and he can’t go into detail because the court proceedings are under seal.