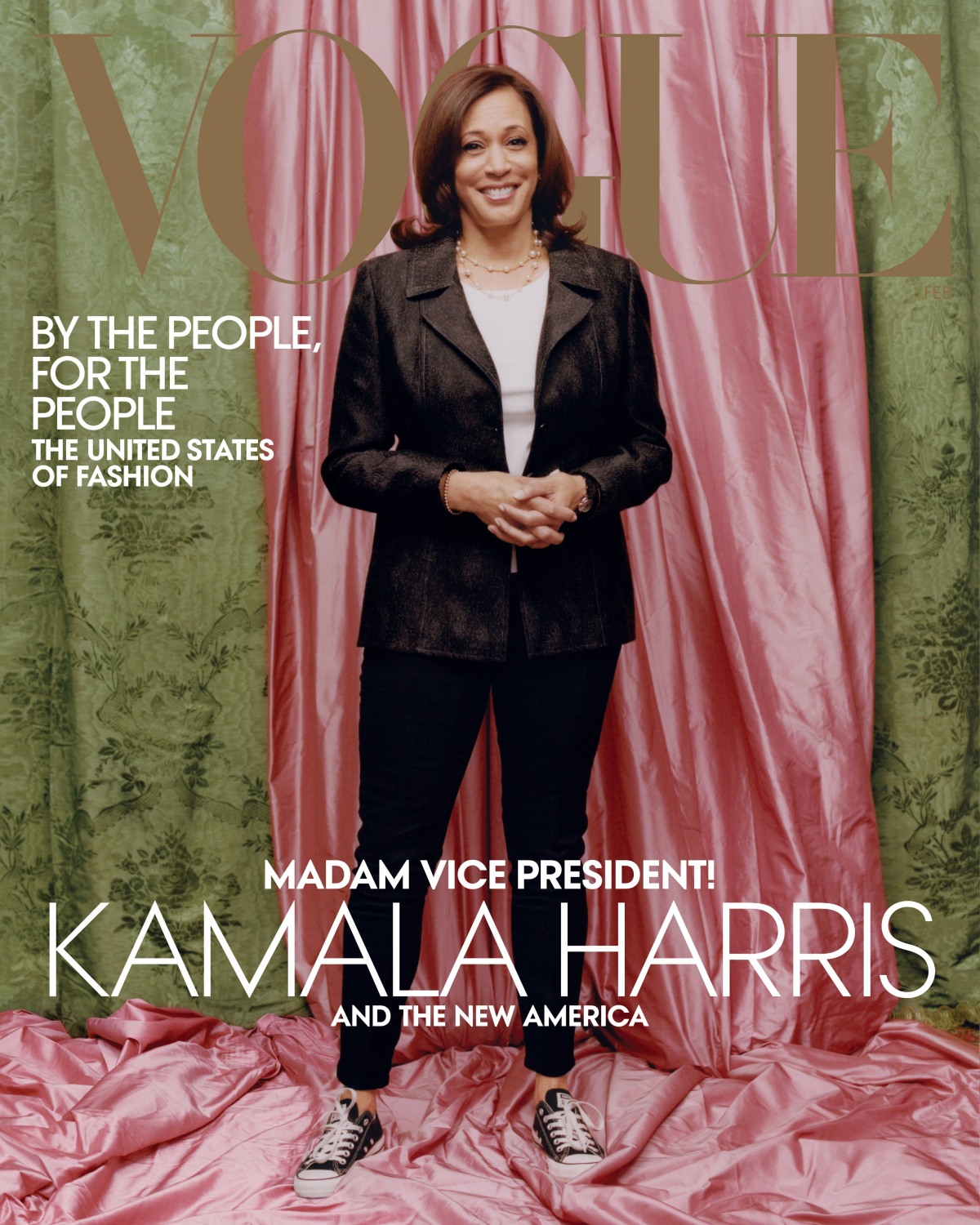 As we discussed on Sunday, the February Vogue cover leaked online early, and it caused a lot of drama. Kamala Harris, the incoming Vice President, the first ever woman to hold national office, is the cover subject. The image chosen for the Vogue newsstand cover is of Kamala in slim-cut pants, Chuck Taylors and a jacket, as she stands in front of a pink cloth which has been draped over a green background. It’s a bad cover image and most people thought it was disrespectful to Kamala. On Sunday, Vogue dropped their two covers – the Chucks photo, and their digital cover, which is apparently the one which Team Kamala approved and which they thought was going to be the only cover.

All of this has put *everyone* involved in a terrible position. If Kamala and her team really call out Anna Wintour for doing her dirty, Team Kamala will look frivolous and, frankly, out-of-touch. I mean, with everything going on right now, people are going to waste time on a Vogue beef? But still, Team Kamala wanted to get some things straight, since there was so much social media angst about all of it. They did approve the powder-blue suit image, and they were told that was the image which would be the cover. They didn’t find out that Anna switched photos until late Saturday, and Team Kamala apparently expressed their disappointment to Vogue at the switched cover images.

One of the best op-eds/essays/criticisms I read about this controversy is this piece in the Washington Post, where critic Robin Givhan pinpoints the issue with newsstand cover: it’s overly familiar, it’s not respectful enough to our first female VP. “The cover did not give Kamala D. Harris due respect. It was overly familiar. It was a cover image that, in effect, called Harris by her first name without invitation.” Yes. That over-familiarity and lack of respect resonated with a lot of Black women.

Vogue released a statement saying that they changed the newsstand cover because that photo (the Chucks photo) showed her “authentic, approachable nature, which we feel is one of the hallmarks of the Biden-Harris administration.” But they released the digital cover, the one Kamala approved of, to “respond to the seriousness of this moment in history, and the role she has to play leading our country forward.” Now Anna Wintour has spoken about the issue herself, telling the NY Times: “Obviously we have heard and understood the reaction to the print cover and I just want to reiterate that it was absolutely not our intention to, in any way, diminish the importance of the vice president-elect’s incredible victory.” Then… why did Wintour change the cover? That’s what I don’t get. If there was a negotiation and Kamala approved of one image, why switch it? 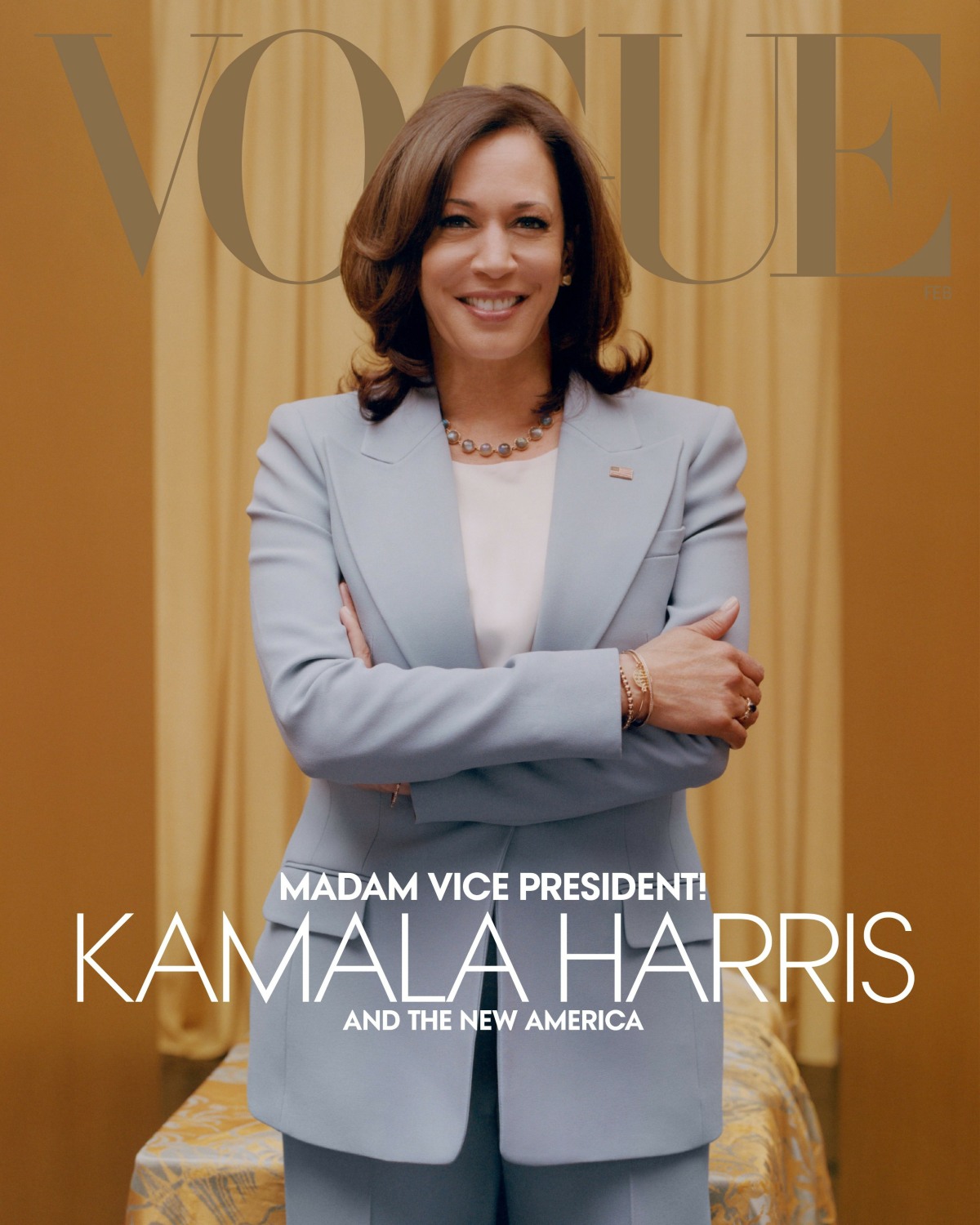