Anne Heche, 53, has reportedly been declared brain dead, as her life support will be turned off following a horror car crash she was involved in. Blood tests undertaken by the Los Angeles Police Department have discovered drugs in Anne’s system.

It follows after the actress’ Mini Cooper went crashing into a California home as she was driving before erupting into flames.

Police are currently doing additional tests to rule out any drugs that were administered in hospital which could have been given as pain medication.

Speaking after the crash, LAPD spokesman Matthew Cruz said the crash was being investigated as a felony driving under the influence collision.

He said, speaking to PA: “This case is still an active and ongoing investigation. 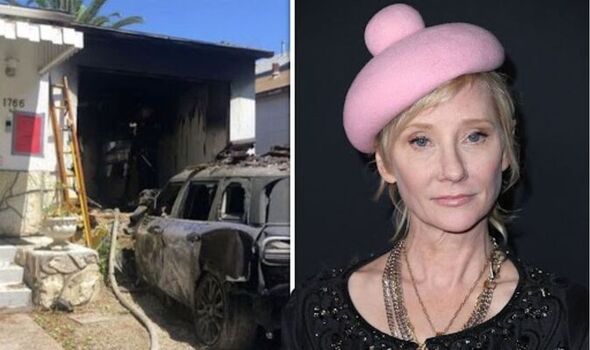 “It is currently in the process of gathering additional evidence; to include final toxicology results, and medical records from both parties involved.

“It is the intent of the investigating Detectives to present this case to the appropriate prosecuting office: the Los Angeles County District Attorney or the Los Angeles City Attorney’s office once all pertinent evidence has been gathered.”

The spokesman added that the preliminary blood tests showed clear “signs of narcotics.”

Her family said in a statement: “Unfortunately, due to her accident, Anne Heche suffered a severe anoxic brain injury and remains in a coma, in critical condition. She is not expected to survive.”

They continued to say there are plans in place to possibly donate the star’s organs, adding: “It has long been her choice to donate her organs and she is being kept on life support to determine if any are viable.”