Bob Odenkirk is OK just three days after he was rushed to a hospital while filming ‘Better Call Saul.’ The actor revealed he suffered a ‘small heart attack.’ Get the details here.

Bob Odenkirk is going to be OK! The actor, 58, took to Twitter on Friday, July 30 to confirm that he suffered a “small heart attack” earlier this week. Bob thanked his family, friends, and fans for “the outpouring of love” he received after he collapsed on set and was rushed to a hospital.

“Thank you. To my family and friends who have surrounded me this week,” the actor wrote. “And for the outpouring of love from everyone who expressed concern and care for me.  It’s overwhelming. But I feel the love and it means so much.” In a follow-up tweet, he confirmed the heart attack and thanked the hospital staff, as well as the folks at AMC and Sony.

“I had a small heart attack. But I’m going to be ok thanks to Rosa Estrada and the doctors who knew how to fix the blockage without surgery,” Bob continued. “Also, AMC and SONYs support and help throughout this has been next-level. I’m going to take a beat to recover but I’ll be back soon.”

The actor collapsed on the set of his show Better Call Saul on July 27. He was apparently shooting a scene for the sixth season of the series in New Mexico at the time, and soon after the collapse, an ambulance showed up to take him to the hospital where he received medical treatment.

Many of his co-stars, friends, and fans took to social media after news of the collapse went public and sent support and well wishes. Bryan Cranston, 65, and Aaron Paul, 41, who both starred alongside Bob in the AMC series Breaking Bad, which Better Call Saul is a spin-off of, took to their accounts to share pics and messages. Bryan shared a photo of him and Bob posing at an event together and a lengthy caption. 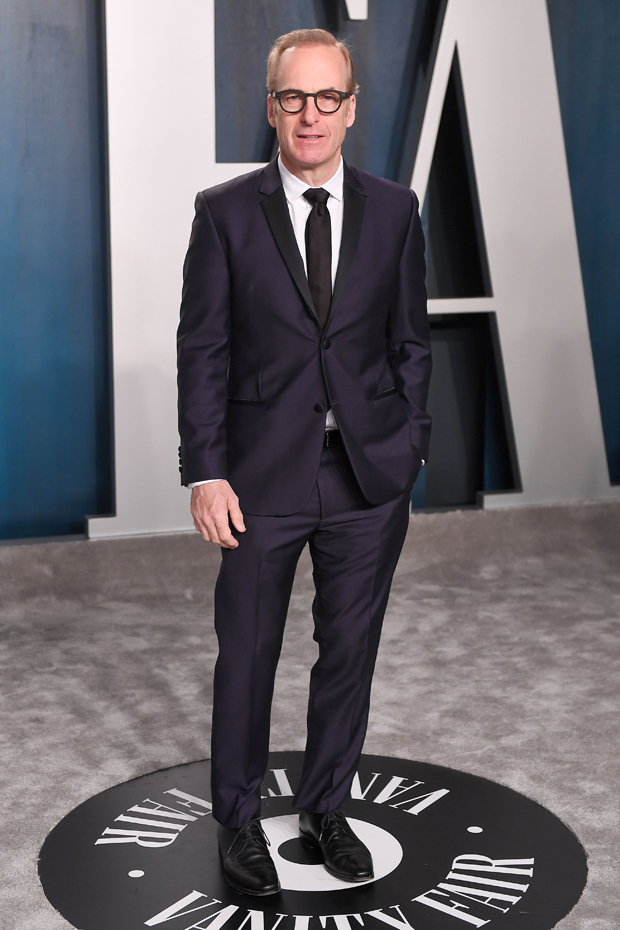 “Today I woke up to news that has made me anxious all morning,” his caption began. “My friend, Bob Odenkirk collapsed last night on the set of Better Call Saul. He is in the hospital in Albuquerque and receiving the medical attention he needs but his condition is not known to the public as yet. Please take a moment in your day today to think about him and send positive thoughts and prayers his way, thank you.” Aaron also posted a photo, a professional one of just Bob, alongside his simple but powerful message. “I love you my friend,” it read along with a black heart emoji.

In addition to Breaking Bad and Better Call Saul, Bob has starred in numerous other impressive television series and films, including Incredibles 2, Little Women, and the HBO sketch comedy show, Mr. Show with Bob and David. He has also worked as a writer for a number of shows, including Saturday Night Live, The Ben Stiller Show, Late Night with Conan O’Brien, and Get a Life, and is the winner of two Primetime Emmy Awards, a SAG Award, two Critics’ Choice Television Awards, and more.