Home » Celebrities » Brad Pitt Has a Massive Amount of Tattoos — What Do They All Mean?

Brad Pitt Has a Massive Amount of Tattoos — What Do They All Mean?

Brad Pitt has been one of the most photographed celebrities on the planet over the past three decades. Many of those images have given fans the chance to catch a glimpse of the Oscar winner’s numerous tattoos. 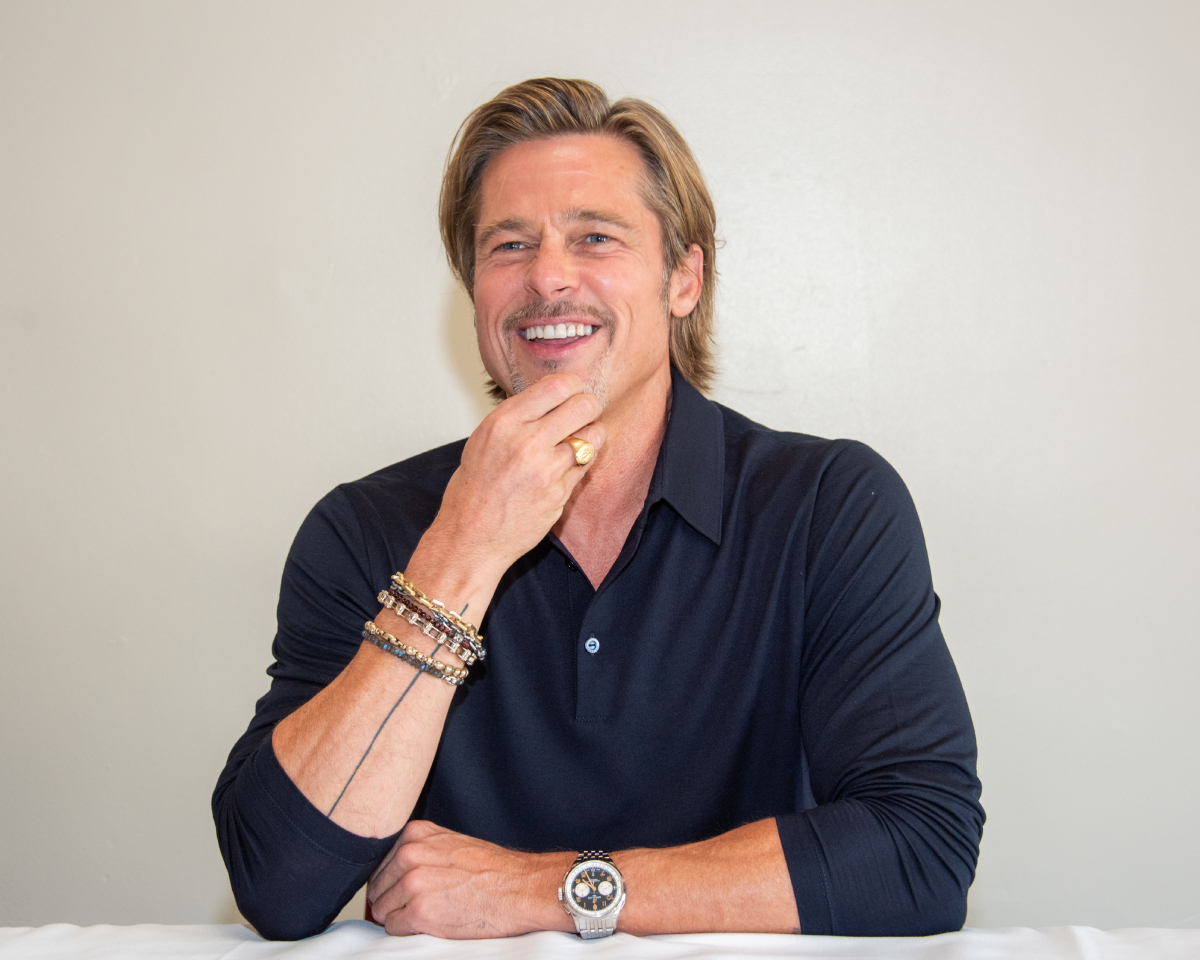 It’s impossible to know exactly how many tattoos Pitt actually has. But it’s clear that some of his visible ink does have special meaning.

Brad Pitt’s has quite a few Angelina Jolie-related tattoos

As everyone on planet Earth knows, Pitt was in a relationship with Angelina Jolie for more than a decade. The couple formerly known as Brangelina were married for two of those years and share seven children. During their many years together, Pitt got quite a few Jolie-related tats.

When Pitt began his relationship with Jolie back in 2005, he got a Sanskrit tattoo that was similar to one Jolie got when she adopted her oldest son, Maddox. According to the Body Art Guru, the tattoo is located on the left side of Pitt’s lower back.

Pitt also has a series of lines tattooed on his lower back which he revealed was the result of Jolie scribbling on his back one night. On his lower abdomen, Pitt has Jolie’s birth date written in Khmer, the official language of Cambodia. The numbers are 6-4-75.

Later, Pitt added an intricately-designed tattoo that surrounds the existing Jolie birthdate tat. And before he and Jolie tied the knot in 2014, Pitt added a variation of a romantic poem by Persian poet and philosopher Jalal ad-Din Rumi on his right arm that reads:

“There exists a field, beyond all notions of right and wrong. I will meet you there.”

The 7 Jolie-Pitt children are also represented

While many of Pitt’s tattoos are Jolie-related, there is one prominent design on his right forearm that is a nod to the Jolie-Pitt children. The image features a thin-lined elongated cross and the initials of everyone in his family.

There is an A for Angelina on the top left side of the cross. On the top right, there’s an M for Maddox, P for Pax, Z for Zahara, S for Shiloh, K for Knox, and V for Vivienne.

On his left forearm, Pitt has a quote written in French – “Absurdities de l’ existence.” Translated into English it means “life is absurd.” Pitt also has an outline on his arm of Ötzi the Iceman, also known as Frozen Fritz and Similaun Man. And he has a motorbike tattoo on his left bicep.

Pitt has the word “Invictus” tattooed on his lower left hand, which means “unconquered.”

Is 1 of Brad Pitt’s more recent tattoos a dig at his ex-wife?

When Pitt attended the Venice Film Festival in August 2019 for the premiere of his film Ad Astra, fans noticed new ink on his right arm. According to Men’s Health, the tattoo appeared to be the depiction of a man standing above his shadow.

The figure is all black, and it doesn’t seem like he is looking at anything specific. But, it is located right next to the poem tattoo that Pitt received before his wedding with Jolie. The Once Upon A Time…In Hollywood star has never revealed what the tattoo means. But, many fans believed the location of the ink was a dig at his ex-wife.

There is one more Pitt tattoo that fans have spotted that appears to be a hurricane on his back. While vacationing in Turks and Caicos in early January 2021, photographers caught Pitt on a boat with Flea from the Red Hot Chili Peppers.

According to OK! Magazine, Pitt’s tattoos were on full display and he doesn’t appear to have changed anything in the wake of his divorce. He still has plenty of reminders of his relationship with Jolie.