Brad Pitt’s, 58, co-star, Aaron Taylor Johnson has spoken about his experience acting alongside the Hollywood megastar while filming for Bullet Train, which is released in cinemas today. The star explained that an incident occurred during filming which led to him passing out due to blood loss.

Speaking on the Zoe Ball Breakfast show on BBC Radio 2, Aaron cheekily said Brad “drop kicked (me) into a table” before he cut his hand open.

Talking about an action scene in the movie, Aaron explained how the incident came occurred.

He said: “Brad, in that scene, actually drop-kicked me into a table.

“I did cut my hand open and then quite quickly passed out.” 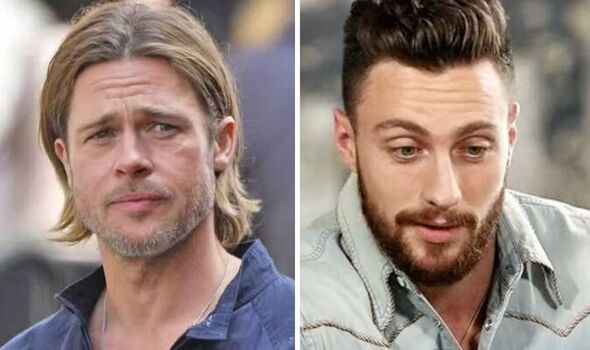 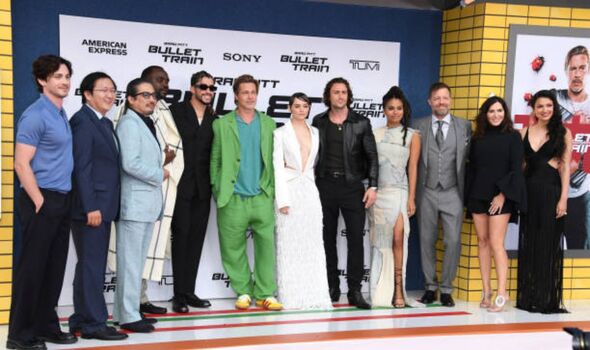 Zoe responded to the anecdote, joking about the extent of the injuries.

She said: “Did you need a plaster from the St. John’s ambulance people Aaron?”

He responded: “Couple of stitches, but it was all good, because I got my battle wounds from Bullet Train with Brad. It’s a dream right there.”

“You’ve got the scars, that’s what you want,” Zoe concluded. 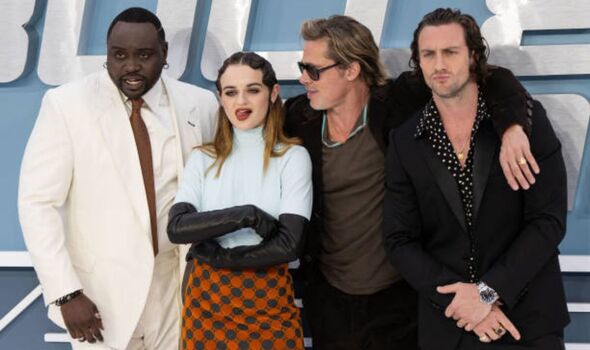 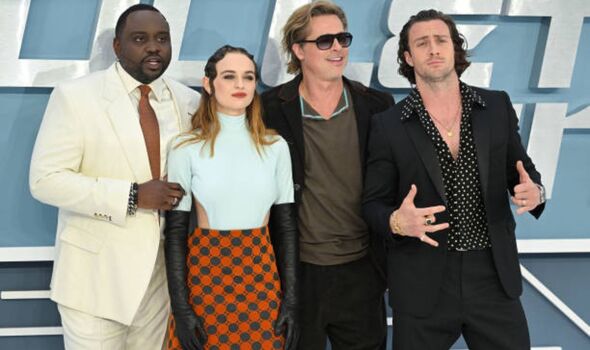 It comes after Brad Pitt has been seen in uncharacteristic clothing while travelling the world to promote the new David Leitch movie.

One outfit, in particular, caused a stir, when the actor wore a brown linen skirt with a matching jacket over a pink shirt while in Berlin.

To accessorise, the star opted for a pair of chunky brown boots and leopard print glasses.

Brad was asked about the new fashion style while at the LA premiere on Monday.

Speaking to Variety, he said: “I don’t know, we’re all gonna die, so let’s mess it up, you know?”

The reporter told him he looked “so good” to which he responded saying: “Are you kidding me? I don’t know.”

Brad’s role in his latest film is that of a hitman called Ladybug.

The Leitch film is adapted from the 2010 novel of the same name by Kōtarō Isaka.

It sees the hitman being sent on a mission to retrieve a briefcase from a high-speed train going from Tokyo to Morioka.

Others featured in the cast also include Sandra Bullock, Joey King and rapper Bad Bunny.

The film was originally supposed to be released in April of this year, but was pushed back until August.

Brad also clarified while speaking to GQ that he is in his “last semester” of acting but recently confirmed he does not plan on retiring anytime soon.