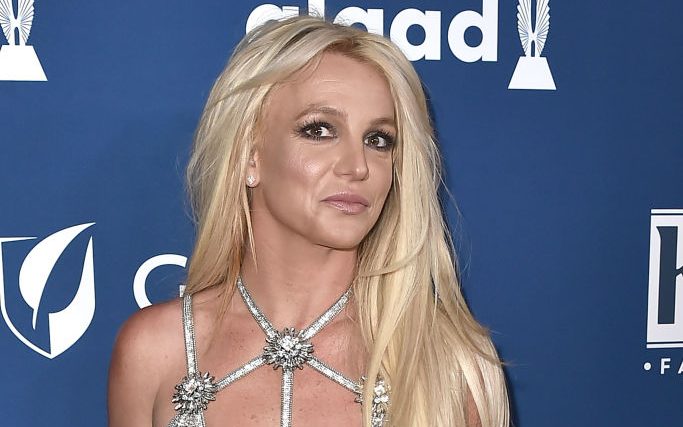 Britney Spears continues to be raw about body image as she posted topless pictures of herself and declared that the ‘psychology’ in exposing her skin helps her feel that her ‘heavy burdens aren’t who I am’.

The 39-year-old singer, who has recently scored a major victory in her conservatorship legal battle now her father, Jamie Spears, has agreed to step down from his role as her conservator, has already told fans that she is ‘happier’ when she is heavier.

Now the pop icon has shared a deep dive into her mindset and opinions on being naked, which she says makes her feel both ‘lighter’ and ‘enlightened’.

Taking to Instagram to post a carousel of photos of herself dressed only in red knee-hight boots, white bikini bottoms and a beaded pendant necklace, the star covers her modesty with her hands.

In some pictures, including a shot of her from behind, the singer is holding a red rose.

Having first reassured fans that she hadn’t had a ‘boob job’ and wasn’t pregnant, but rather had ‘devoured food’, Britney wrote that she wanted people ‘to understand my thoughts on exposing my skin’.

Talking about the instant relief women can feel when removing a layer of clothing in hot weather, despite the ‘twisted’ response it can illicit, Britney commented: ‘I’ve had a billion shows where I’ve done that and to my horror uhhh we’ll … sometimes I didn’t look so great … TOO MANY TIMES and it’s embarrassing as f**k but in my imagination it felt great !!!!’

‘I mean I don’t want anybody to see the big dimple on my ass but I feel like performing made me too self conscious about my body and that’s not attractive,’ the Toxic chart-topper wrote.

Getting to the meat of her argument, Britney revealed why she was sharing the exposing snaps.

‘I was born into this world naked and I honestly feel like the weight of the world has been on my shoulders and it’s made me view myself that way !!!!

‘I wanted to see myself in a lighter way … naked … like the way I was born and to me looking back at my pictures when I shoot it’s insane the psychology in seeing myself in my purest form gives evidence that pain … hurt … tears … and heavy burdens aren’t who I am.

‘I am a woman …. a beautiful … sensitive woman who needs to look at myself in my purest form !!! No … I’m not going to do topless pics for the rest of my life cause that would get boring but it sure as hell helps when you need to be enlightened 🤷🏼‍♀️🤷🏼‍♀️🤷🏼‍♀️ !!!!’

She also took time to praise – and joke with – her loyal fans and members of the ‘Free Britney’ movement.

‘I will admit the FREE BRITNEY comments after I took my shirt off were actually really f**king funny !!! The Free Britney campaign started with all your amazing pink Free Britney shirts 👚 3 years ago !!!

‘There’s a way deeper meaning to the movement than you can ever imagine … my fans have always been so damn amazing and I love you all 🌹🌹🌹 !!!!’