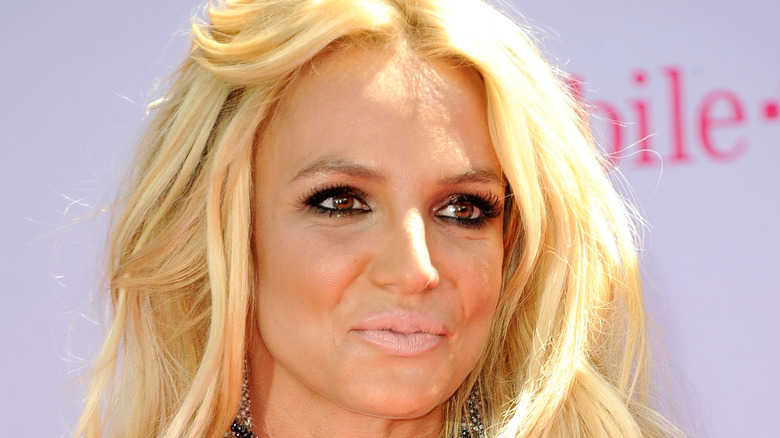 Britney Spears has at least nine tattoos total according to Steal Her Style. Many are in places that are easy to see, like the dice on the star’s wrist, which is reportedly a matching tat she got with her ex-husband Kevin Federline (via Body Art Guru). In addition to this ink, Spears boasts a vine on her foot, and a fairy on her lower back. But there is one tattoo that is not visible often, and the singer decided to show it off in a recent Instagram post (via People).

First, we are in love with Spears’ neon pink, one-piece, backless bathing suit. As the star said in another Instagram post that showed off the sexy front side of the look, “PINK is the new RED.”

In the post that revealed her hidden tattoo, Spears wrote as a caption, “Hot pink makes my tan pop!!! Have you seen the tattoo on the back of my neck before ????”

The star went on to share the meaning behind the words she inked underneath her hair that are so rarely seen.

Britney Spears shared the meaning behind her neck tattoo 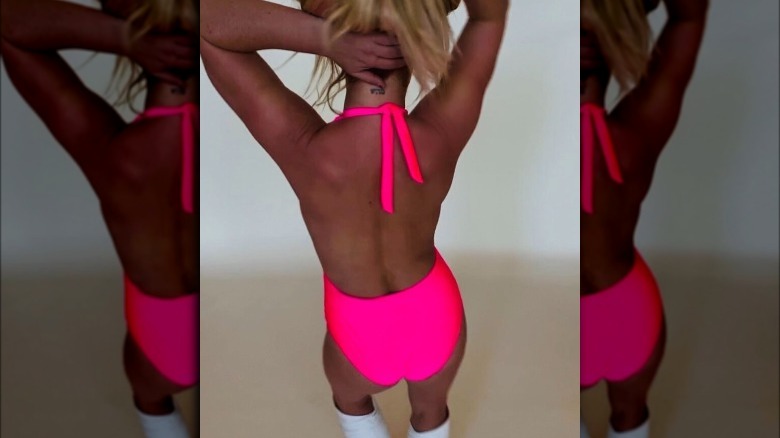 After everything the star has been through with her conservatorship battle, including her father’s recently-surfaced claim she suffers from dementia, it’s no wonder she is focused on this positive mantra. While we don’t know the exact inspiration for her neck tattoo, Body Art Guru states Spears has had the ink for a while, getting the phrase tattooed on her body in 2004 at the suggestion of Madonna.

No matter the true story behind the sentiment, Spears shared in her post, “It’s my favorite tattoo but ironically you never see it !!!!!”

Interestingly, several outlets including Distractify claim Spears had the Hebrew phrase removed from her neck in 2008, but this photo clearly contradicts this.