Ahead of her next conservatorship court hearing this week, Britney Spears channeled Cher Horowitz from ‘Clueless’ in a new dance video!

As if! Britney Spears channeled Clueless character Cher Horowitz in a new Instagram video shared on Tuesday, Nov. 9. The pop star, 39, shared another one of her famous dance videos that featured various outfit changes as she twirled and posed to “Woman” by Doja Cat.

“Let me be your woman … sick song @dojacat !!!! And yes … I had to pull out the Clueless costume,” Britney captioned the video, which begins with the singer in a little black dress. She later changes into a blouse with a plaid skirt before modeling Cher’s signature yellow plaid skirt and blazer set, popularized by Alicia Silverstone in the 1995 film.

The upbeat video comes ahead of the pop star’s next conservatorship hearing on Friday, Nov. 12. The upcoming hearing could decide whether the conservatorship, first enacted in 2008, will be terminated altogether. On Monday, Britney appeared to allude to the hearing on Instagram, writing that she has been praying ahead of the “very interesting” week in a now-deleted caption. 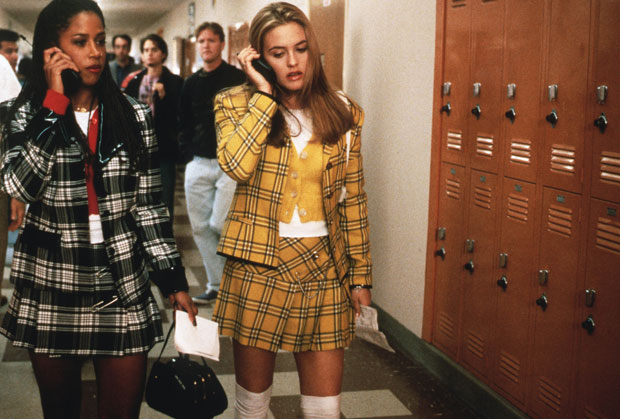 “This week is gonna be very interesting for me  !!! I haven’t prayed for something more in my life  !!!” she wrote alongside some artwork. “I know I’ve said some things on my Insta out of anger and I’m sorry but I’m only human … and I believe you’d feel the same way if you were me  !!! Anyway it’s a new day and I can’t say I’m never going to complain again … cuz who knows  !!!”

The “Baby One More Time” singer has been vocal about her desire for the conservatorship to end, calling the legal situation “abusive” in previous court hearings over the summer. Britney has also called for the removal of her father Jamie as co-conservator. The Spears patriarch, 69, was ultimately suspended from the conservatorship in September.

Britney’s lawyer Mathew Rosengart said it was a “great day for justice” following Jamie’s removal at the hearing. He was replaced by certified public accountant John Zabel. A source previously revealed to HollywoodLife exclusively that the “spiritual” pop star has been “praying a lot” ahead of Friday’s court hearing.

“Britney is very religious and spiritual,” the source shared. “She’s really hoping this conservatorship ends before 2022 and she can start fresh. She’s feeling as hopeful as she ever has.” Another source told HL, “She now knows with no hesitation that she is getting her life back.”