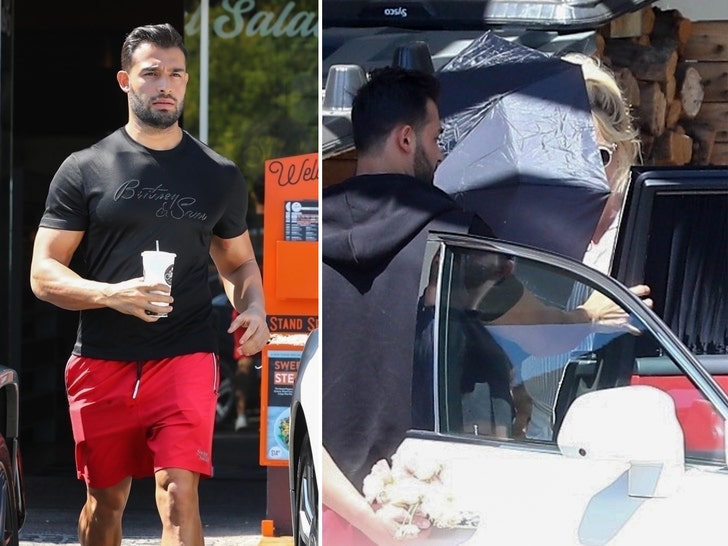 Britney Spears and Sam Asghari‘s honeymoon looks like more of a staycation — at least for now — as they spent day one of their married lives tooling around Los Angeles.

The newlyweds looked like anyone else running a bunch of errands Friday — well, except they were doing it in a Rolls-Royce covered in flowers and a “just married” sign. 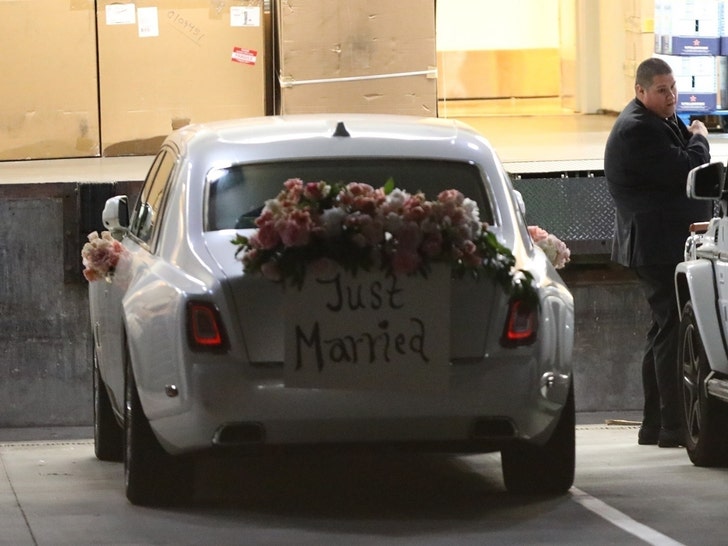 Anywho … the couple is staying at a hotel in the L.A. area, and spent the day hitting up a grocery store, and grabbing food at a burger stand in Calabasas. 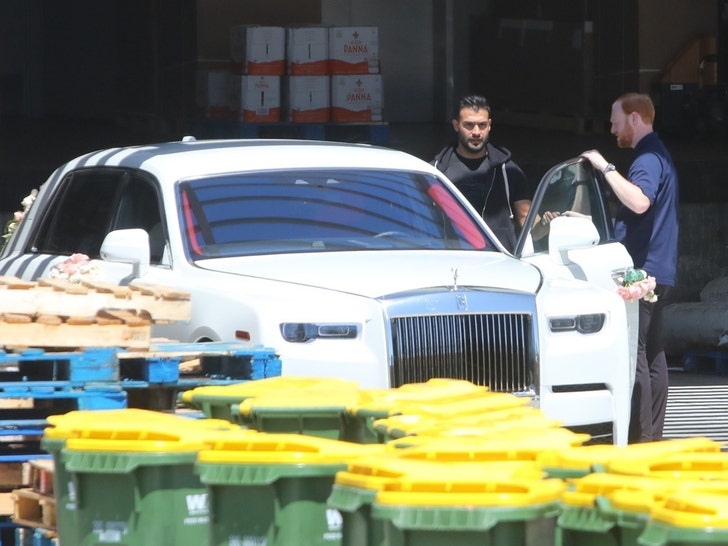 The blushing bride is still doing everything she can to keep a low profile. Once she left the wedding Thursday night — Britney’s been keeping out of view, and they’re even using the loading dock area at their hotel to avoid crowds. 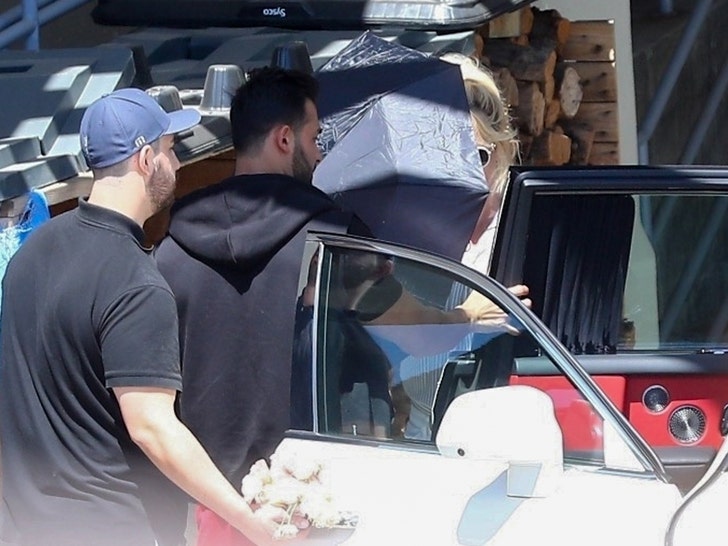 Of course, they were aware paparazzi were around, and that’s when Sam and bodyguards deployed an umbrella to shield Brit’s face. 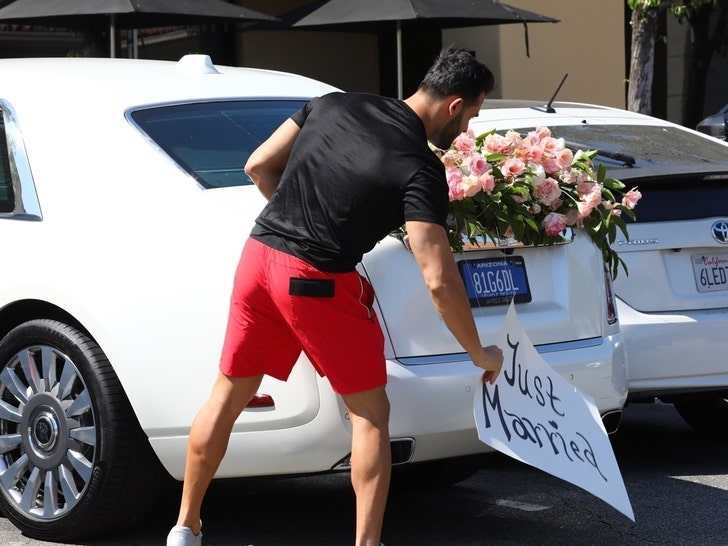 One funny moment during the day, Sam — who’s still wearing his black “Britney & Sam” tee from the wedding night — came out of a store and decided he’d had enough of the “just married” sign. He yanked it off the Rolls and handed it to a photog.

Coming soon to an auction house, you can bet!