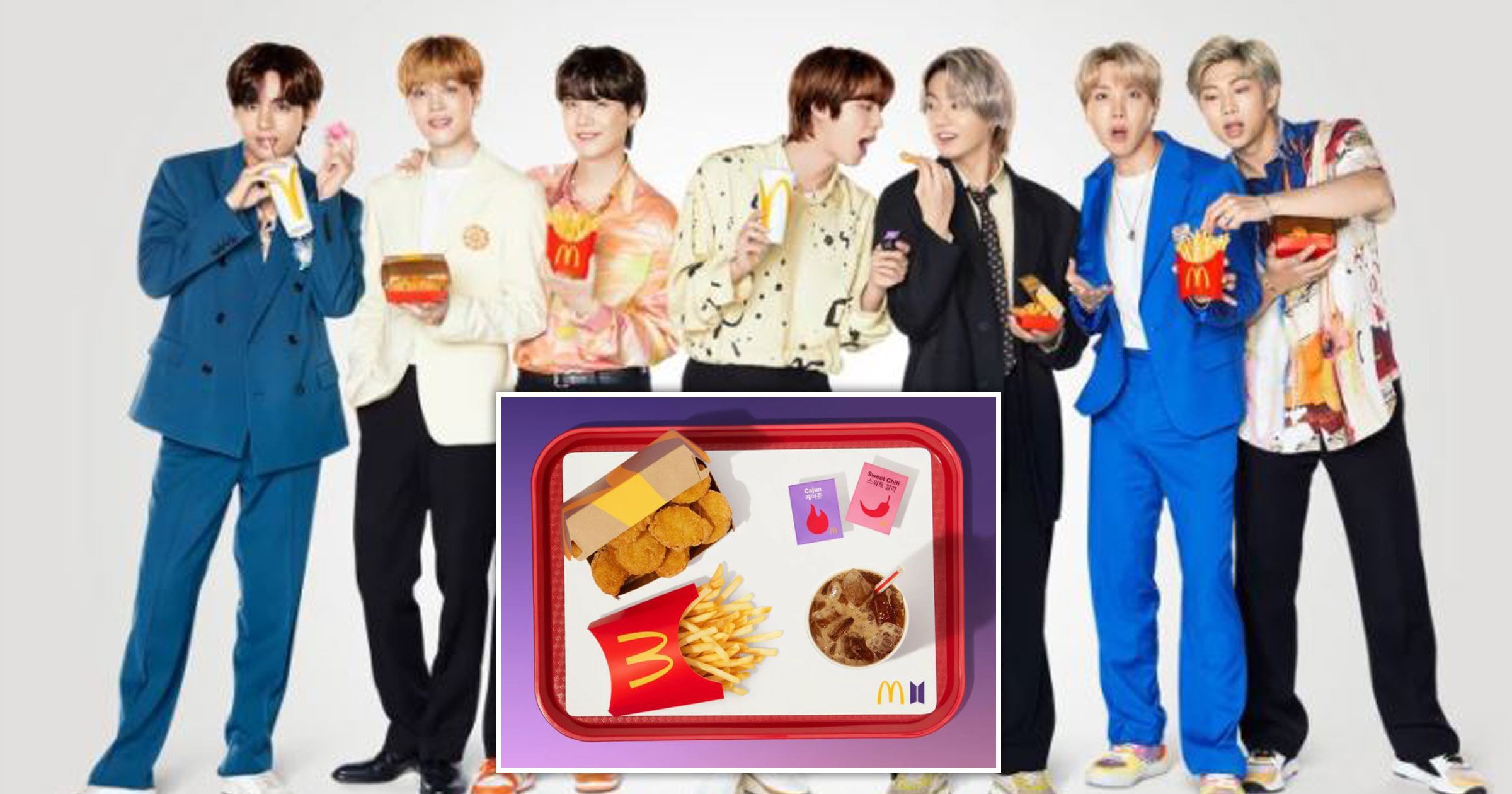 BTS’s latest collab is a delicious one – the band have officially got their own meal at McDonald’s based on their favourite order.

Fans in almost 50 countries will be able to get their hands on the BTS meal, which consists of 10 Chicken McNuggets with cajun and sweet chilli sauces, medium fries and a Coke.

The meal is already available in the USA from May 26, but sadly for UK Armys, it is currently not set to be released in the UK.

While the official BTS Meal is not available in Britain, it shouldn’t be too hard to recreate most of it with standard menu items, minus the sauces.

As well as the food, there is also a bunch of exclusive content for fans, released weekly on the McDonald’s app, including an immersive backstage 360 experience as well as a Flipbook and portrait series.

BTS have also created merchandise to go along with their McDonald’s collab, including bags, hoodies and even a dressing gown with a logo of a packet of fries on the front, designed by the band (in purple, of course).

It’s not the first time McDonald’s have teamed up with some of the world’s biggest stars, as they previously also released meals in honour of Travis Scott and J Balvin.

Other food and drinks brands have also done similar promotions, including Dunkin’ Donuts naming a drink after TikTok star Charli D’Amelio, while Shawn Mendes had his own cauliflower rice bowl at Chipotle.

Given that anything BTS touch tends to sell out in seconds (with Jungkook especially being the Sold Out King), there’s no doubt these meals are going to be hugely popular.

Here’s hoping McDonald’s eventually brings it to the UK too, but until then it’s a standard McNugget meal for the UK Army.