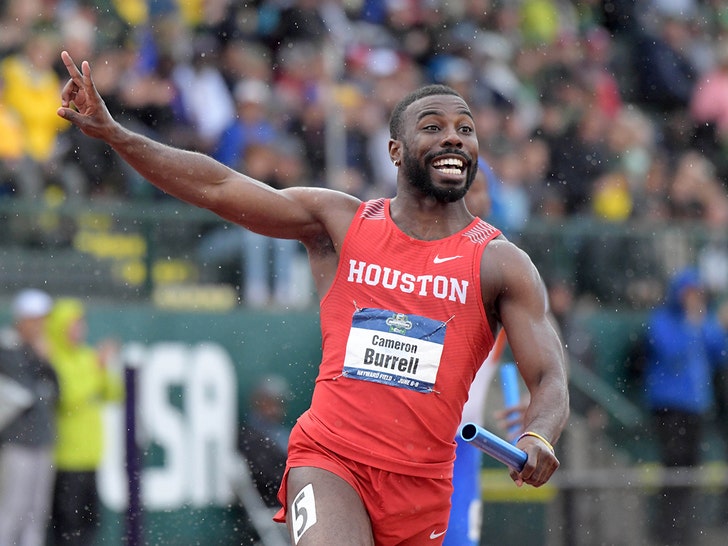 Track star Cameron Burrell — former NCAA champion and godson of the legendary Carl Lewis — passed away at the age of 26 years old, his family announced Tuesday.

Burrell was a star at the University of Houston … capturing the 100m championship in 2018. CB also anchored Houston’s 4x100m relay team. Bottom line, he was the fastest college athlete in the U.S.

CB was also 3x NCAA All-American in multiple events … and held an NCAA record in the 4x100m relay.

Cameron’s dad, Leroy Burrell, announced the devastating news through the U of Houston, saying … “My family is extremely saddened with the loss of our son, Cameron, last night.”

“We are going through profound sorrow and ask that all of our friends, extended University of Houston family and the track and field community in the U.S. and abroad allow us to gather with our closest family and friends.”

“We are profoundly grief-stricken, and thank everyone for the outpouring of prayers and support. We will forward more information when it is available.”

Cameron was following in his dad Leroy’s footsteps … who was a former world record holder in the 100m and gold medalist at the 1992 Barcelona Olympics in the 4x100m relay.

The circumstances surrounding Cameron’s death are currently unclear … but medical records show the place of death as a “parking garage.”