Bodak Yellow rapper Cardi B has pushed Instagram’s nudity limits to the max for her latest selfie.

Cardi – real name Belcalis Almánzar – shrugged off her recent strip club brawl charges by doing the same with her clothes.

The hitmaker posed in an outfit made for the bedroom – or strip club – and shared it with her 45.9million followers.

The Grammy winner shed her top and traded her bra for some bejewelled pasties and nothing else.

She squeezed her curves into a purple corset, with the laces running from between her chest right down to her hips.

The top featured cut outs allowing Cardi’s assets to be on full display with no restrictions.

As for down below, the mum-of-one wore a minuscule pair of matching knickers and some fish net tights.

She amped up the look even more by throwing on a pair of silver ankle boot heels, which included killer platforms. 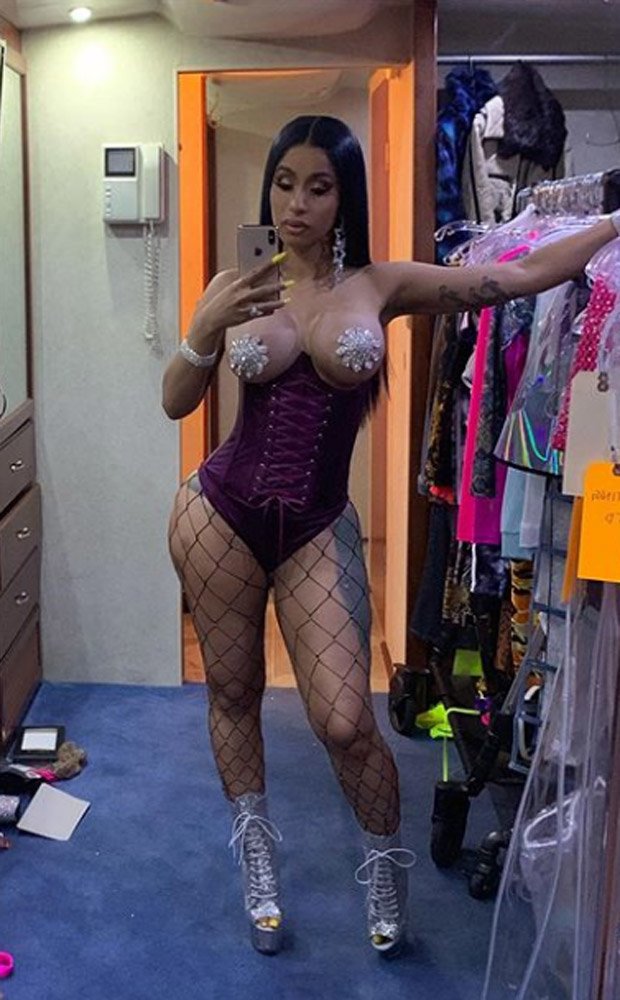 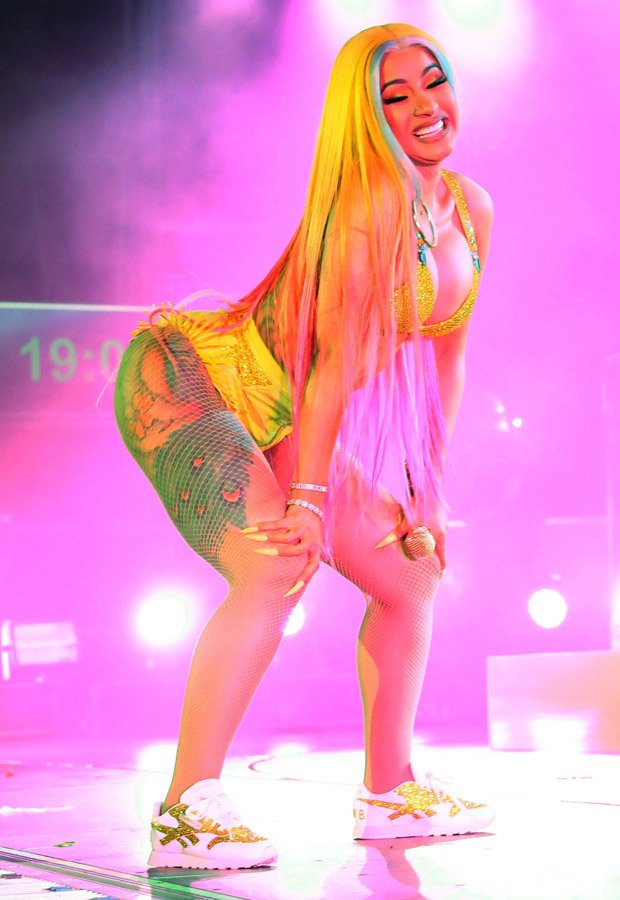 The snap has racked up more than 2m likes so far – and it’s clear to see why.

Yesterday, the former stripper was formally charged with assault after a fight at a New York City club.

She was arrested back in October 2018 for allegedly ordering an attack on two bartenders, who were named Jade and Baddie G.

According to TMZ, it kicked off after Cardi accused Jade of sleeping with her husband, Quavo rapper Offset. 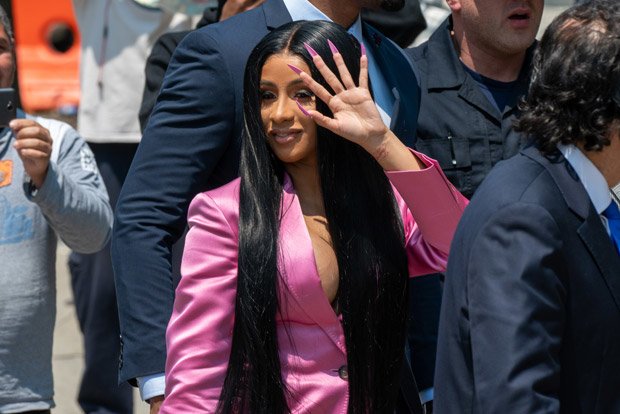 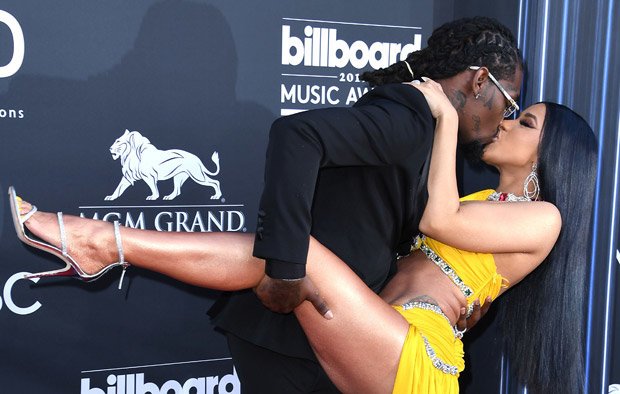 The women allege that Cardi’s people started throwing bottles and chairs and they were left injured following the incident.

Yesterday, Cardi, 26, was charged with 14 offences, including two counts of assault with intent to cause serious physical injury.

The next hearing will be on June 25 in Queens Criminal Court in New York.

Cardi has previously rejected a plea deal which would have seen her given a conditional discharge, avoiding prison time unless she offended again.