Carol Vorderman took to Twitter to speak out on her chat with the entertainment correspondent on ITV’s Lorraine, after it was branded “awkward” by a viewer. The Countdown legend was chatting to Dan Wootton when he momentarily forgot her name and called her Lorraine. The 58-year-old, who was standing in for Lorraine Kelly on her self-titled show, thankfully took it all in jest. She has now slammed any suggestion the moment was uncomfortable in view of her 402,000 followers.

Carol had at first gushed about her role, tweeting: “So thank you @ITV @lorraine for having me.

“A lovely week and lots of laughing (one of favourite occupations). Have a fabulous weekend everyone… time for a walk and a bit of a Welsh Cake for me.”

It was then that one user remarked: “Omg it was sooo awkward between you and Dan Wootton!”(sic)

The presenter then replied to them, confirming the opposite: “No it really wasn’t… We were having a laugh… Love banter.”

Dan and Carol had immediately laughed off the incident live on the show, which happened straight after she’d introduced him.

She had said: “We’re kicking things off with Mr Dan Wootton and his weekend entertainment guide. For starters, it’s Soapland’s biggest night isn’t it, on Saturday?” 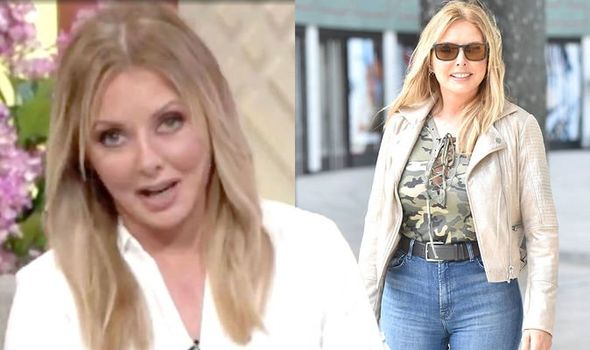 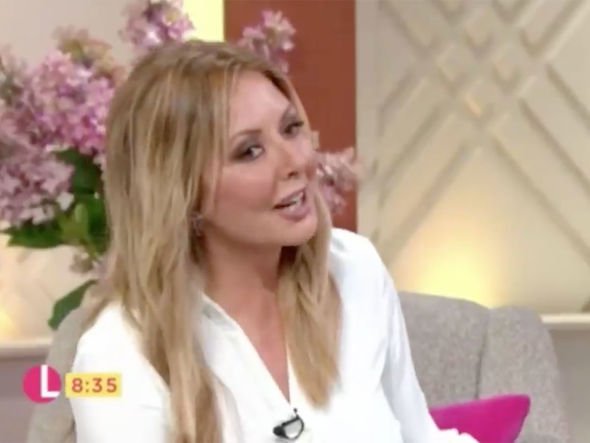 He replied: “It is, it’s the night Lorraine… erm it’s the night Carol…” before she quipped: “It’s Carol, but you can actually call me anything you like!”

“I’m so in that habit, Carol,” he laughed. “I just instantly think it’s Friday morning, it’s 8.35pm, it’s Lorraine. No Carol, it’s amazing to have you here.”

Dan later posted on Instagram: “Lorraine is looking a little blonder than usual! What a lady Carol Vordererman @carolvorders is – as ever, a total hoot working with you this week.

“But what an absolute idiot I am this Friday morning… @lorraine.”(sic)

She then pointed out on the micro-blogging site: “So @danwootton… you get my first name right on Twitter… but then my last name wrong… 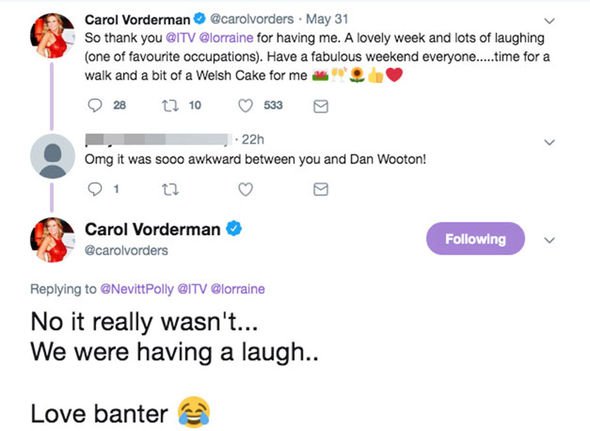 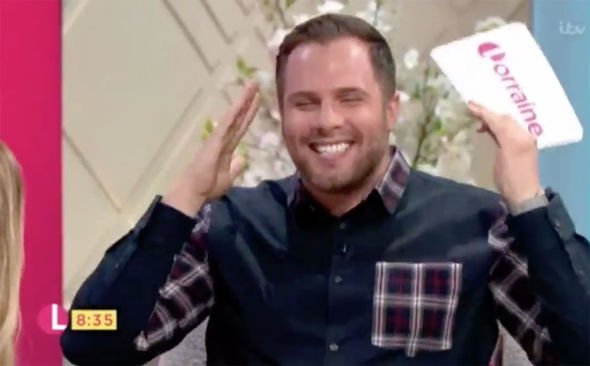 The incident was all in good humour after Carol had been a huge hit on the morning show in Lorraine’s absence.

She added: “Awww thanks Paul @ppixton… we had a laugh… see you very soon xx.”

Lorraine airs weekdays at 8.30am on ITV.