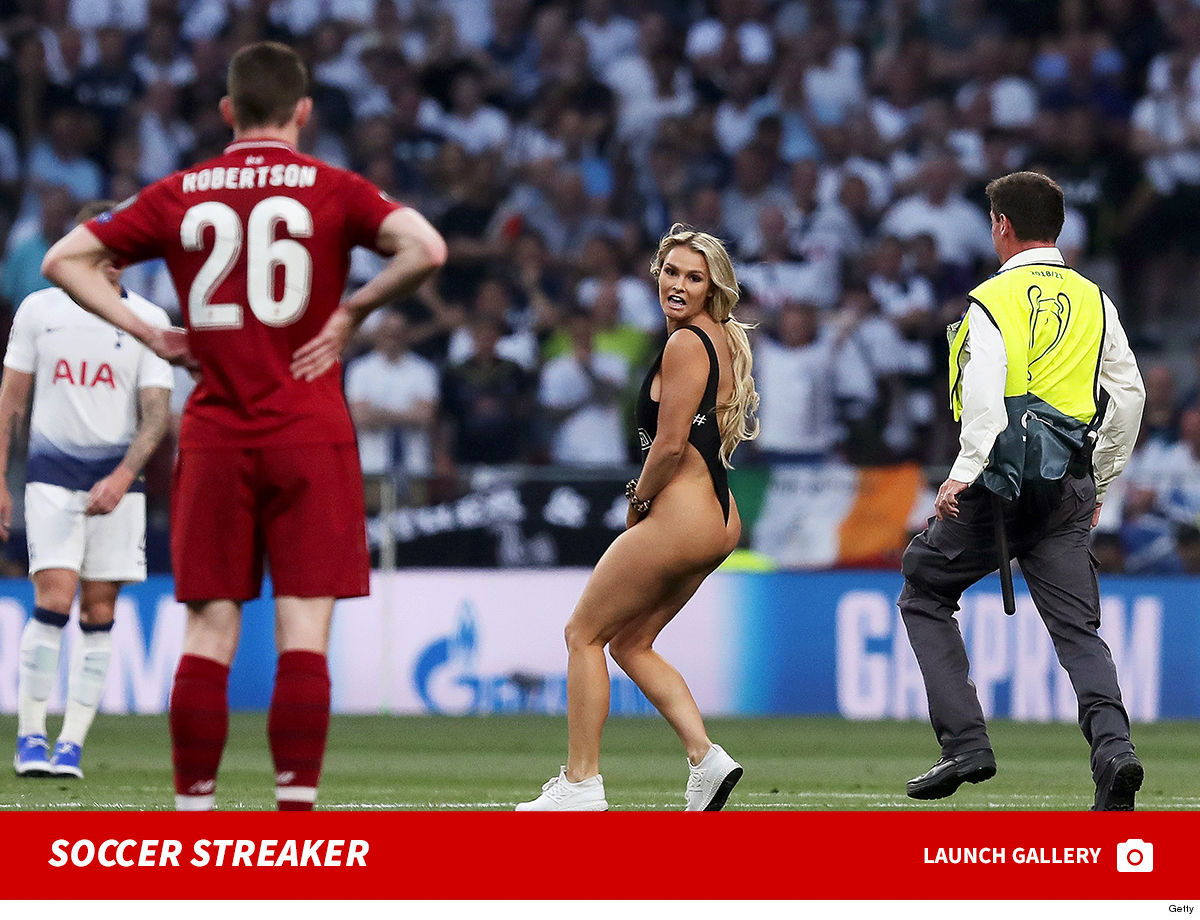 2:56 PM PT — Guess who else was watching the Champions League final … Daniel Kaluuya!!! We got the ‘Get Out’ actor — who’s British, BTW — outside of the Village Idiot on Melrose, where he was rocking an Arsenal jersey and quickly gave us his take on the game.

Check it out — sounds like he was rooting for anything but a Tottenham win. Ya know he’s gotta be happy right about now.

Security was quick to give her a chase and escort her off the field, but not before everyone got a glimpse of her body-hugging outfit and some revealing shots … from the front and back.

Gotta say as far as in-game interruptions go … we don’t really mind this one so much. Oh, and congrats to Liverpool for beating the Spurs — heck of a game.