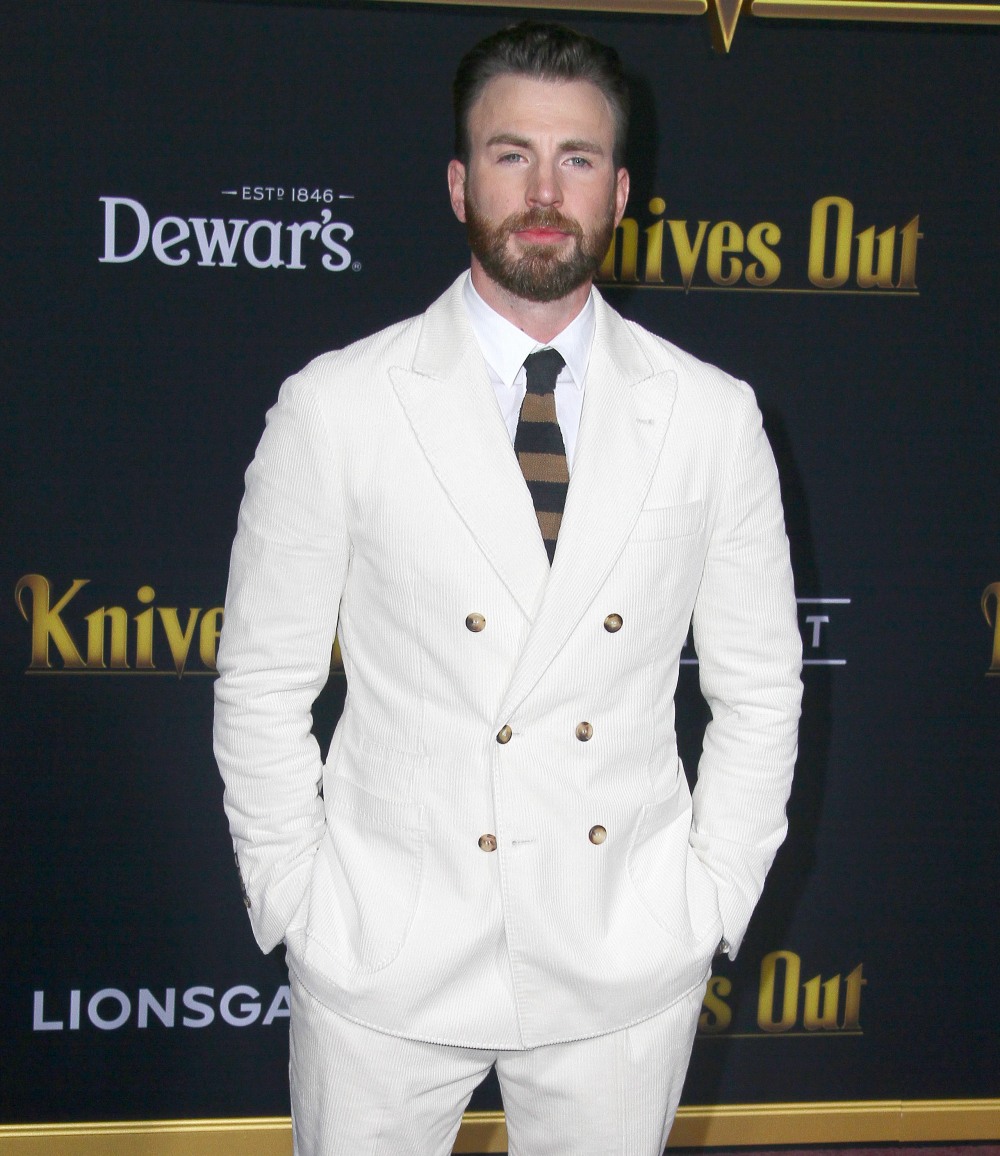 Are you ladies and gentlemen aware of the Chris Evans fandom’s wish and desire that Chris end up with his Knives Out costar Ana de Armas? She’s his type – brunette, pretty, on the shorter side – and they have a ton of chemistry in their interviews together. I actually think he’s been trying to awkwardly flirt with her and she’s like, “yes, that happens to me a lot.” Anyway, Us Weekly has a very strange update on Chris’s love life, or his lack of a love life:

Chris Evans is a single man for the time being, but he isn’t abstaining from dating altogether.

The Avengers: Endgame actor, 38, has been “dating different women and is having fun,” a source tells Us Weekly exclusively. Evans is “not exclusive with anyone” and is aiming to “be more private with his love life” following his public relationship with his ex-girlfriend, Jenny Slate.

“Chris feels neutral towards Jenny Slate and holds no bad feelings towards her,” the insider says. “[He] is happy for her.”

Re: Jenny Slate… they’ve been over for a while and she’s engaged to someone else (and it’s twee as hell). I don’t think Chris is still in love with her, nor do I think Jenny is still hung up on him. She has her fiance to obsess over. As for Chris being single but dating different women… I’ve always said that his shy/neurotic/awkward thing is actually how he gets women. It’s his LINE. And I feel like he’s trying to make it happen with Ana.

not knowing how to talk with
the girl they like pic.twitter.com/ojSIY17LFu