Sabine Schmitz drives the Nurburgring in a Transit van

Top Gear presenter Chris Harris was inundated with support as the car-enthusiast penned an emotional tribute to Sabine Schmitz who died at the age of 51. The BBC host spoke candidly about the devastating loss as he admitted it makes him feel “very, very sad”.

Chris commented that the “motoring world lost one of its true legends” following the news of Sabine’s death.

Writing in a new column, the Top Gear star offered some kind words as he credited the “unstoppable Sabine”.

Chris said: “[Sabine] beat Jeremy Clarkson’s time in a road car, while lobbing a Ford Transit about the Eiffel mountains in her normal style.

“She’s been a part of Top Gear ever since, and the thought that she won’t be any more makes me feel very, very sad.” 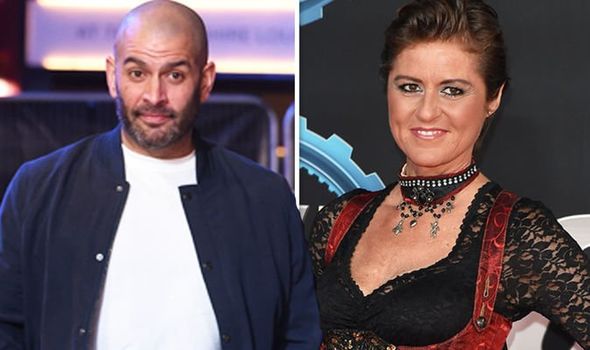 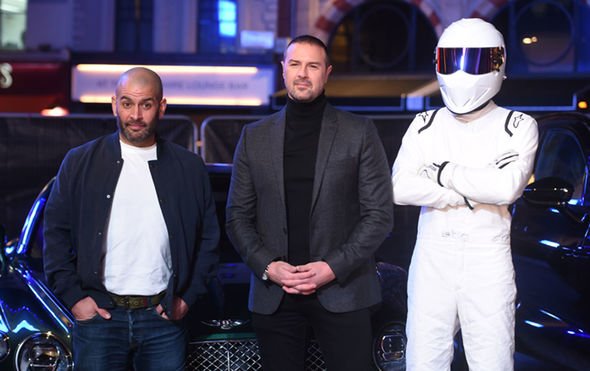 The TV star recalled the moment she left “middle-aged men” stunned after she flexed her driving skills on the track.

“Lord knows how many sets of tyres and brakes she got through over the years, but there are thousands of people who had the pleasure of seeing her driving skills up close,” Chris penned.

“And I think she loved how much she could shock middle-aged men who thought they could drive a bit – until they saw what she could do.”

Chris also explained that he would miss Sabine’s “bundle of energy” adding that she was a lot of fun “to be around and work alongside.” 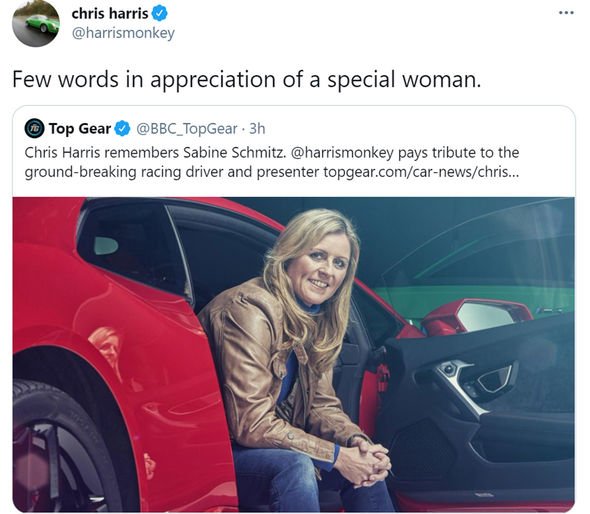 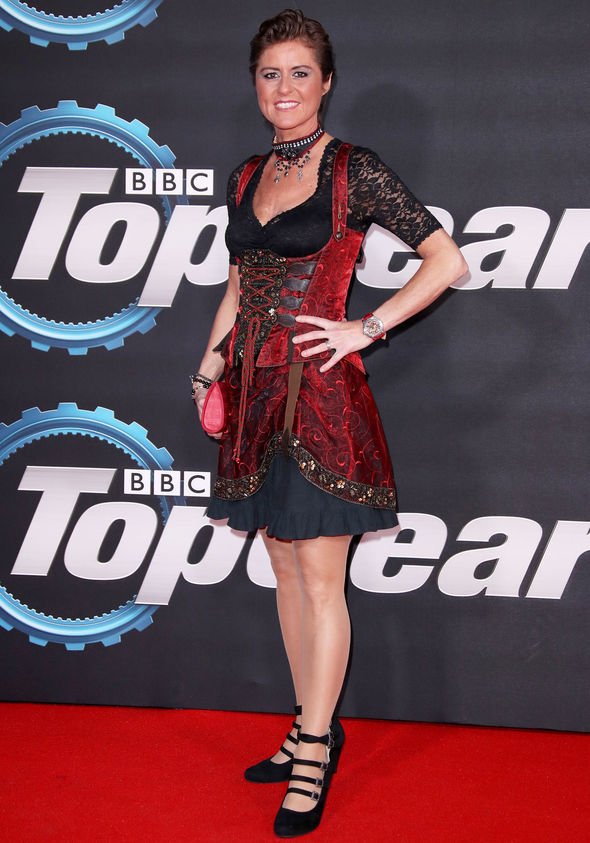 “She had been battling cancer for some time, but I suppose we just assumed that it being Sabine – unstoppable Sabine – she would win that one as well,” Chris continued to Top Gear magazine.

He concluded: “The Top Gear family will miss her terribly, as will her army of fans.”

Chris also took to Twitter and shared the article in view of his 311,000 followers.

He captioned the post: “Few words in appreciation of a special woman.”

Fans flocked to comment on the post, as one wrote: “I’m in bits. Tears rolling down my cheeks. I can’t watch a video of her today without crying.”

Another remarked: “Gutted for you, Chris. Sabine seemed such a nice, warm and friendly person whenever she was on film. Only 51 as well. At least in those 51 years, she made a difference and a lot of people happy. RIP Sabine.”

“What a very sad loss, Sabine was a fantastic driver and a brilliant character. Loved watching her on Top Gear, she will be sadly missed. Condolences to her family,” a third added.

The sporting icon earned the nickname as the “Queen of the Nürburgring” and it’s estimated she had driven around the track more than 20,000 times.

Sabine also featured on the hit series of Top Gear, making her first appearance in 2004 when she drove a van around a track.

She subsequently became a presenter on the show alongside Chris Evans in 2016.

The BBC show will be dedicating Sunday’s episode to Sabine’s memory, with Clare Pizey, executive producer, telling the BBC: “Sabine was a beloved member of the Top Gear family and presenting team since 2016, having first appeared on the show in 2004, and everyone who had the pleasure of working with her on the team is in shock at this news.

“Sabine radiated positivity, always wore her cheeky smile no matter how hard things got – and was a force of nature for women drivers in the motoring world.

“Like everyone else who knew her, we will truly miss her – Sabine really was one of a kind. Our thoughts are with her partner Klaus, who was always by her side and who we welcomed to Dunsfold many times, and her family in Germany.”