Art That Made Us

Have you ever suffered the embarrassment of telling an in-joke out of context — trying to get your children to see the hilarity of a catchphrase from your office, or repeating one of your mum’s classic malapropisms at a party?

Nothing is less funny than a punchline in the wrong place. And that is what dooms Chivalry (C4), the Hollywood sitcom written by and starring Steve Coogan and Sarah Solemani.

They play a sexist movie producer and the woke independent film director he hires to salvage a big budget dodo. 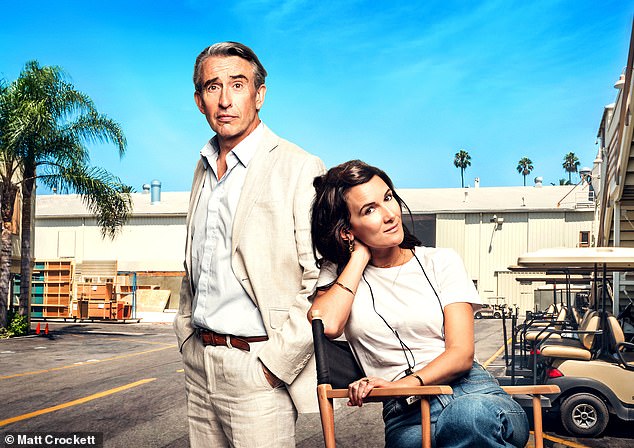 Sienna Miller has a couple of scenes as a needy diva, and Ant-Man star Paul Rudd adds a cameo as himself. ‘Loved your movie,’ he lies to Solemani, without even attempting to sound sincere.

Coogan hugs him, promises to do lunch and walks away muttering, ‘He’s one of the most unpleasant people I’ve ever met.’

Mildly amusing at best, obvious and unoriginal — these are navel-gazing in-jokes about the industry, and that sums up Chivalry.

It’s meant to be a satire on the feminist politics of the #MeToo movement. Coogan’s character Cameron, a creep who was dating his 24-year-old personal assistant till she dumped him via WhatsApp, abuses his power to seduce would-be starlets beside five-star hotel swimming pools in Los Angeles.

Despite its topical theme, this is old territory. Matt LeBlanc did it years ago, in Episodes, sending up the pseuds, the frauds, the sharks and the posers. This show, which kicked off with a double episode (never a sign of confidence), even mimics the jaunty, rumba-and-maracas soundtrack of Episodes.

Genteel drop-out of the week:

Ben Fogle fell in love with U.S. squatter counter-culture as he explored Slab City in California on Ben Fogle And The Lost City (C5). His politeness was far more effective than the hardman pose of a Ross Kemp.

There’s a heavy reliance on swearing, another sign that the writers don’t trust the jokes to raise laughs unaided. They’re right to be worried: the one-liners barely make it off the ground.

The bit-part actor playing the Nazi, who wants to be ‘super respectful to women’, is worth a smile. But the joke is repeated endlessly until it is trodden into the mud.

In the end, there’s little to care about. So what if Cameron’s movie flops or Bobby feels guilty at leaving her toddler son to be brought up by her partner?

A much funnier, more compelling assault on Hollywood was made by Chris O’Dowd in his comedy-thriller serial Get Shorty. He played a Mafia hitman who invested his boss’s money in a big-screen costume drama. If it flops, he dies. That’s well worth seeking out, on Amazon or NowTV.

The stakes were high for William Byrd, Elizabeth 1’s courtier and a secret Catholic who composed religious music at the risk of his own life.

Spiritual, eerie and — at the time it was written — illegal, Byrd’s Mass For Four Voices was performed on Art That Made Us (BBC2). One academic called it ‘music to be sung in secret’. History has rarely sounded so lovely.

Equally moving were the soliloquies from Othello, performed by Shakespearean actor Martins Imhangbe, who plays bare-knuckle boxer Will in Bridgerton.

Historians compared the atmosphere at the Globe Theatre in Shakespeare’s day to a football match or a festival rave.

That seems a stretch. There’s no evidence that ‘groundlings’ — the audience standing where the stalls are today — waved glowsticks or bellowed choruses of ‘Romeo’s a [email protected]*£er’ at the actors.

Mind you, that would make Shakespeare at school more fun.