Home » David Bowie’s Daughter, 20, Claps Back At ‘Piece Of Trash’ Troll Who Hated On Her Swimsuit Pic 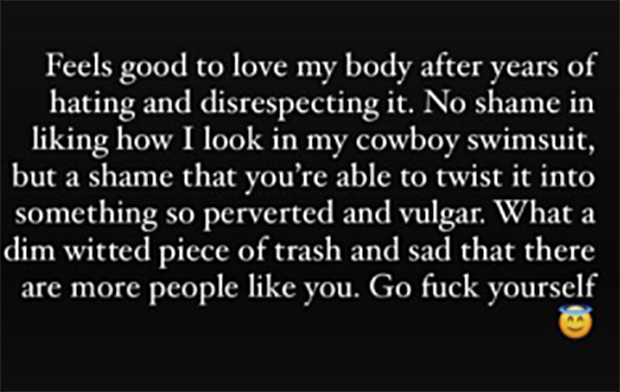 “Feels good to love my body after years of hating it and disrespecting it,” Lexi clapped back. “No shame in liking how I look in my cowboy swimsuit, but a shame that you’re able to twist it into something so perverted and vulgar. What a dim-witted piece of trash and sad that there are more people like you. Go f*** yourself.”

As Lexi has gotten older, she’s given fans more of an insight into her private life via her Instagram page, which has more than 80,000 followers. Of course, Lexi has very famous parents, but they did a good job at keeping her out of the spotlight during her youth. She is the only child of David and Iman, although she has a half-brother, Duncan, from David’s first marriage and a half-sister, Zulekha, from Iman’s first marriage. 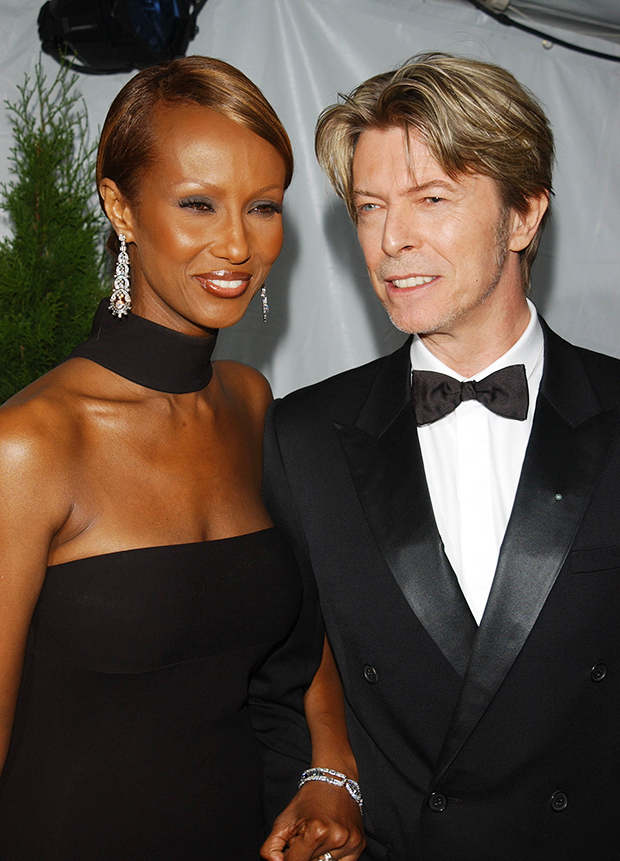 Lexi, whose full name is Alexandria, was just 15 years old when David died from liver cancer in Jan. 2016. At the beginning of January 2021, she posted a sweet tribute to the late rocker on what would have been his birthday. Along with a throwback photo of herself and David, Lexi wrote, “Happy birthday xx.” The image was from when Lexi was just a child and celebrating David’s birthday with a cake that said, “Happy birthday, Dad.”

Although Lexi received calls to follow in her mom, Iman’s, modeling footsteps, she seems to have taken a different route in life. Lexi is an artist, who is often posting photos of her work on social media. She graduated high school in 2018.