Did Prince Harry And Meghan Markle Really Want To Move To New Zealand?

Prince Harry and Meghan Markle officially stepped down as senior members of the royal family — and moved out of the UK — in early 2020. At the time, the Duke and Duchess of Sussex had been discussing a move away from the royal family for several months, and, following their interview with Oprah Winfrey that aired on March 7, the public got a much better idea of why that move was imperative for them. According to Oprah Daily, Meghan confirmed that she experienced racism while living under the monarchy’s rule, and that was one of the main reasons that she and Harry felt they needed to leave.

When Harry and Meghan first fled the UK, they went to Canada, according to People magazine. They lived in a home on Vancouver Island for less than three months before moving to the United States. The Duke and Duchess of Sussex moved into a home owned by Tyler Perry, according to the Daily Mail, until they purchased a home of their own. In August 2020, Variety reported that the couple purchased a $14.65 million mansion in Montecito, California, where they live today.

While no one really knows exactly what Harry and Meghan planned, or what they had discussed about their UK departure, a new piece of information actually suggests that Harry and Meghan weren’t just toying with the idea of moving to The States. Read on for more. 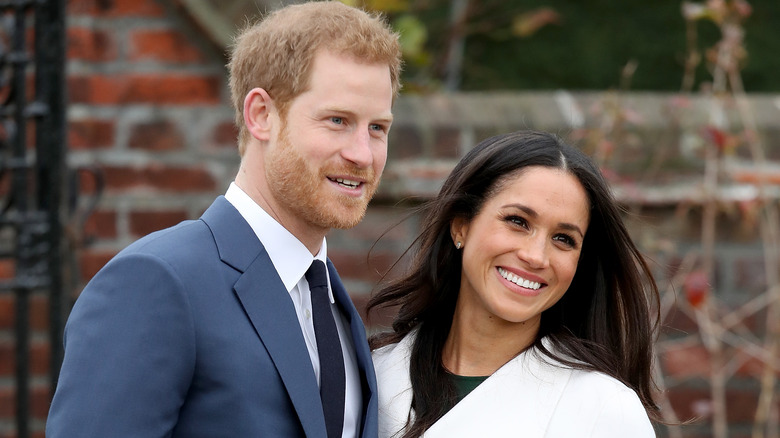 It seems as though Prince Harry and Meghan Markle may have romanticized their lives away from the royal family as early as 2018 — the same year that they got married. In October of that year, the Duke and Duchess of Sussex took a trip to New Zealand, and they began thinking about how their lives would look if they actually lived there. In an August 4 interview with the Associated Press, Governor-General Patsy Reddy said that Harry and Meghan considered moving to the South Pacific. “I remember they’d just been down to the Abel Tasman National Park when we sat down and had a drink, and they said that they could imagine living in a place like this and wondered whether we thought it would be theoretically possible. Even possible for them to have a place in New Zealand,” Patsy Reddy recalled. “Of course, we said ‘Sure. It would be fine. There are lots of opportunities to live in New Zealand, but that would be something that they’d have to explore.’ They were looking at how they might raise their family,” Patsy Reddy added.

Interestingly, the New Zealand Herald reports that Harry actually shared this information with Oprah Winfrey during the March 7 interview. He told Oprah that he and Meghan had thought about moving to New Zealand, but said that their request to do so “was denied.”