Home » Celebrities » Do Meghan & Harry Have A Nanny For Archie? There Are Reportedly "Extensive" NDAs Involved

Do Meghan & Harry Have A Nanny For Archie? There Are Reportedly "Extensive" NDAs Involved

Now that baby Sussex has been chilling on the planet for a month or so, fans are wondering — do Meghan and Harry have a nanny for Archie? It’s a fair question. While the Duke and Duchess of Sussex have been vocal about wanting to be hands-on parents, it would totally make sense if they wanted a little extra help when royal duties call. According to a new report, they indeed did hire someone to help with all things baby and the nanny reportedly had to sign a super extensive non-disclosure agreement to get the gig. (Checks out.) Elite Daily reached out to Kensington Palace for comment on the report but did not hear back by the time of publication.

A non-disclosure agreement or NDA is basically a fancy name for paperwork that says, "Hey, by signing this you agree to keep everything you see/hear/do/say a secret and if you share any information regarding literally anything you’re in big, big trouble." According to royal expert Katie Nicholl, Meghan and Harry did hire a nanny and the technicalities are intense.

Nicholl told Entertainment Tonight, "I’ve heard from very reliable sources that the new nanny who has been appointed by the Sussexes has had to sign quite an extensive non-disclosure agreement."

But, don’t get it twisted. Meghan is as involved and hands-on as it gets. According to the report, Archie has a case of the "no-sleeps," which is a term I invented right now for fussy babies who have a hard time conking out at night. Apparently, this has made it tough for Meghan to catch some Zzzs of her own. "Meghan’s been up in the night nursing, feeding on demand every few hours," Nicholl said, adding that Archie is "a hungry little baby." 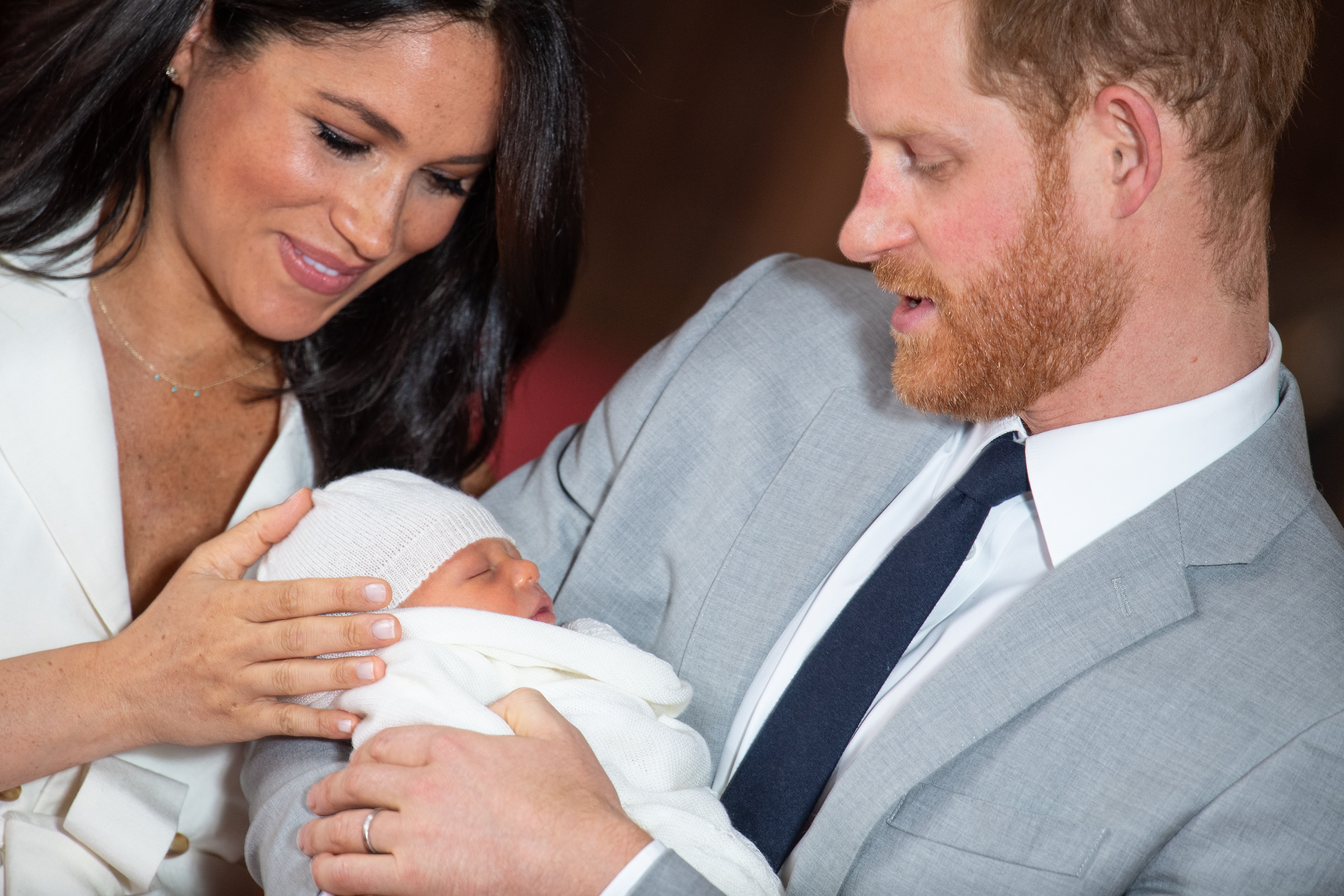 Based on what Nicholl has to say, Meghan is soaking up every moment of being a new mom and relaxing about other outside pressures. For example, she is reportedly in no hurry to snap back into pre-baby shape which is a stressor that usually plagues new moms in the public eye. (Thanks for nothing, stupid societal standards.)

Nicholl said, "Meghan hasn’t been hitting the gym— she hasn’t been in any hurry to get back into shape. No hard training. No weights. She’s enjoying this time—she’s being gentle to herself."

At the time of publication, the nanny’s name and identity were still under wraps and I suspect it’s better that way for everyone. The moment the public and press get a hold of information like that, the quicker they are to muddy the waters for the royal family and invade little Archie’s privacy.

The good news is it sounds like Meghan and Harry are getting the support, privacy, and time that they want/need while they’re still in the early stages of parenthood. It’s going to be so much fun to watch this family continue to grow and evolve and I can’t wait for the pictures of Archie chilling with Prince George, Princess Charlotte, and Prince Louis! Best of luck, nanny.