Dolly Parton Admits She’s ‘Sick’ Of Husband Carl Dean After 54 Years Of Marriage: ‘I’m Sure He’s Sick of Me’

After 54 years of marriage, Dolly Parton and Carl Dean are just a little ‘sick’ of each other. The country legend opened up about her marriage in a new interview, joking about her husband.

More than 50 years later, Dolly Parton and Carl Thomas Dean are stronger than ever — even if they’re admittedly getting on each other’s nerves. The country legend, 74, gave a rare interview about her marriage on the Table Manners podcast, telling host Jessie Ware that, “My husband and I have been together for 57 years and married for 54. I’m sick of him and I’m sure he’s sick of me.”

Dolly also admitted on the podcast that she has “always” had three weaknesses in life: “men, sex, and food. And not necessarily in that order.” Jokes aside, Dolly and her husband, 78, are still hopelessly in love. The couple tied the knot in Georgia in 1966, when Dolly was 20 years old. Carl has kept a low profile throughout the “Jolene” singer’s decades-long career, and rarely appears in public with her. She once said in an interview that he’d only seen her perform live “twice!”

Fans jokingly spread a rumor that Carl doesn’t actually exist since he’s shunned celebrity life so hard. She refuted the claim during an October 2020 interview with Entertainment Tonight. “[Carl’s] a quiet, reserved person, and he figured if he ever got out there in that, he’d never get a minute’s peace and he’s right about that,” Dolly said. “I’ve always respected and appreciated that in him and I’ve always tried to keep him out of the limelight as much as I can. He said, ‘I didn’t choose this world, I chose you, and you chose that world. But we can keep our lives separate and together.’ And we do and we have.” 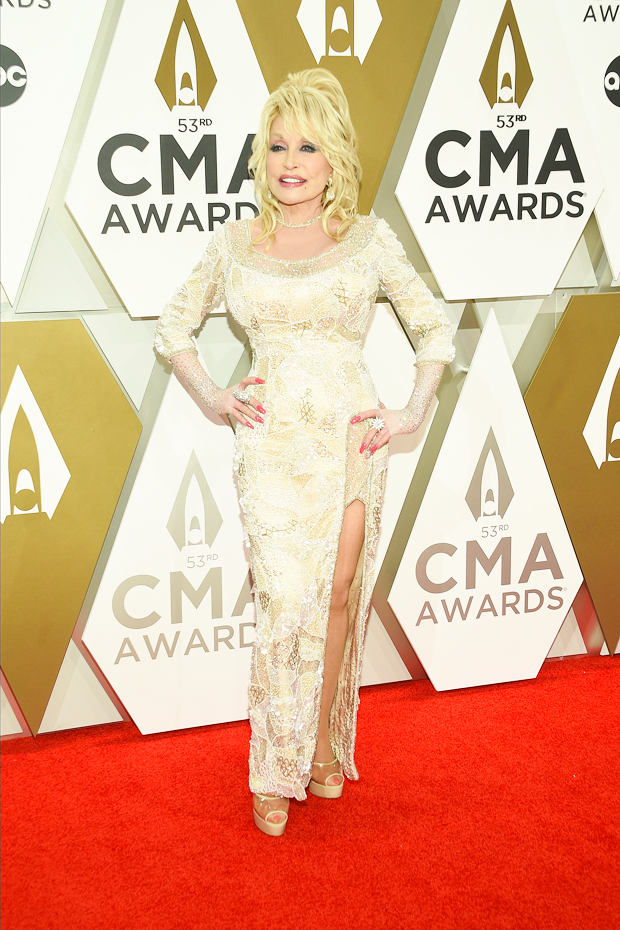 Behind the scenes, Dolly and Carl enjoy cute date nights. They celebrated their 50th wedding anniversary in 2016 by renewing their vows. ““I got all dressed up in the most beautiful gown you’ve ever seen and dressed that husband of mine up. He looked like a handsome dude out of Hollywood,” she told our sister site Rolling Stone. The whole affair inspired her album Pure and Simple!