Donald Trump doesn’t want to get into #Megxit — but if he must, you better believe he’s not about to side with Meghan Markle and Prince Harry!

The president sat down with Fox News‘ Laura Ingraham for an interview airing on Friday night, where he was coerced by the anchor to give a take on the Duke and Duchess of Sussex’s historic decision to break away from the royal family.

When asked about his feelings on the subject, POTUS tried his best to keep neutral — before ultimately siding with Queen Elizabeth II. He said:

“I don’t want to get into the whole thing but I find it — I just have such respect for the Queen. I don’t think this should be happening to her… I think it’s sad, I do, I think it’s sad.”

LOLz, this coming from the guy who had no respect for protocol when he met Her Majesty in 2018…

His response wasn’t the least bit surprising, seeing as Trump’s never had much respect for Meghan following her comments about him. During an interview with a British paper last year, the former reality star called the Suits alum “nasty” because of remarks she made about him during the 2016 election, calling the then-nominee “misogynistic” and “divisive.”

The interviewer told Trump at the time that Meghan “said she would move to Canada if you got elected. It turned out she moved to Britain” — to which the Cheeto in Chief replied:

“There are a lot of people moving here. So, what can I say? No, I didn’t know that she was nasty.”

Despite audio of his remark being published, Trump insisted he didn’t call the British royal “nasty,” tweeting shortly after:

“I never called Meghan Markle ‘nasty.’ Made up by the Fake News Media, and they got caught cold! Will @CNN, @nytimes and others apologize? Doubt it!”

As it turns out, Meg might be fulfilling her Canadian migration prophecy after all. As we reported, the mother-of-one fled to the Land Of Maple Leaf this week on the heels of her and Harry’s historic announcement that they’d be stepping down as senior members of the royal family and working to becoming “financially independent.”

Many outlets are speculating that the couple will take up part-time residence in Canada, which is a member of the Commonwealth. Robert Lacey, a royal biographer and author of The Crown: The Inside History, said:

“Canada is the ideal base for the two-way royal work they have in mind… in post-Brexit Britain, it could make sense to strengthen ties across the Atlantic.”

If Meg and Harry did wind up moving to Canada, we’re sure Trump would find a way to take issue with that, too. 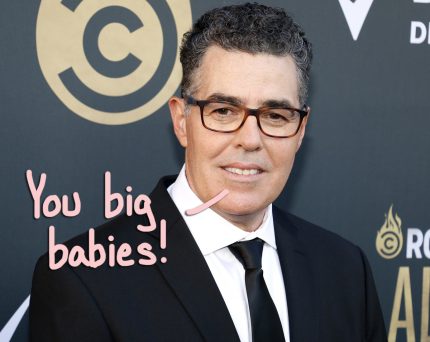 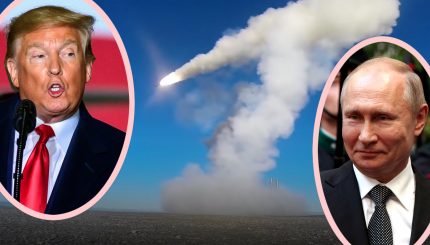 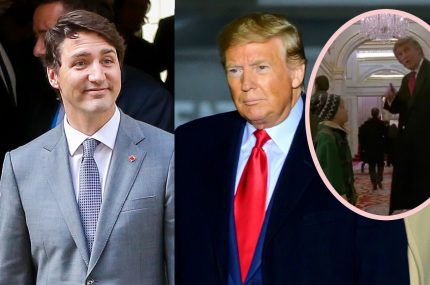