Doug Emhoff couldn’t help but show his excitement as his wife, VP Kamala Harris, took her seat at the dais during Joe Biden’s first speech to a joint session of Congress.

He’s not just the nation’s first Second Gentleman. Doug Emhoff is also the first person to bring big “wife guy” energy to the White House. Vice President Kamala Harris‘ husband of six years proved again that he’s her number one fan by being unabashedly wholesome as she made history during President Joe Biden‘s first speech to Congress. As she took her seat at the dais, Emhoff enthusiastically waved and blew kisses from the audience.

To be fair, it was an exciting moment! With Speaker of the House Nancy Pelosi at her side, this was the first time that two women sat behind the president during an address to the joint session of Congress. Biden began his speech by recognizing the significant moment in United States history. “Madam Speaker. Madame Vice President. No president has ever said those words from this podium, and it’s about time,” he said, to cheers.

The dorky move from Emhoff, 56, got viewers at home swooning on Twitter.  “The perfect man doesn’t exi—“ writer Sophie Vershbow tweeted. “A secure, strong, caring, smart, protective, friendly man who loves his wife and his country. The best combination of qualities a man can have!” another viewer wrote in response to the video. “I DREAM of marrying someone like this man. His whole energy is just excellent… He clearly adores and respects her!” an admirer also tweeted. 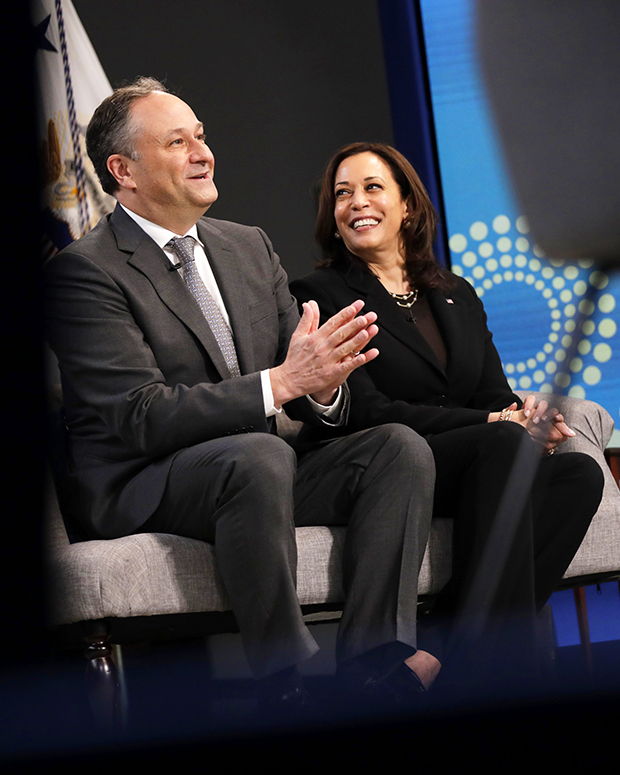 Emhoff was there by Harris’ side on the campaign trail and as she was sworn in as the first female, Black, and South Asian vice president in United States history. And yes, he was waving and blowing kisses at her there, too. The wholesomeness of this man cannot be beat.