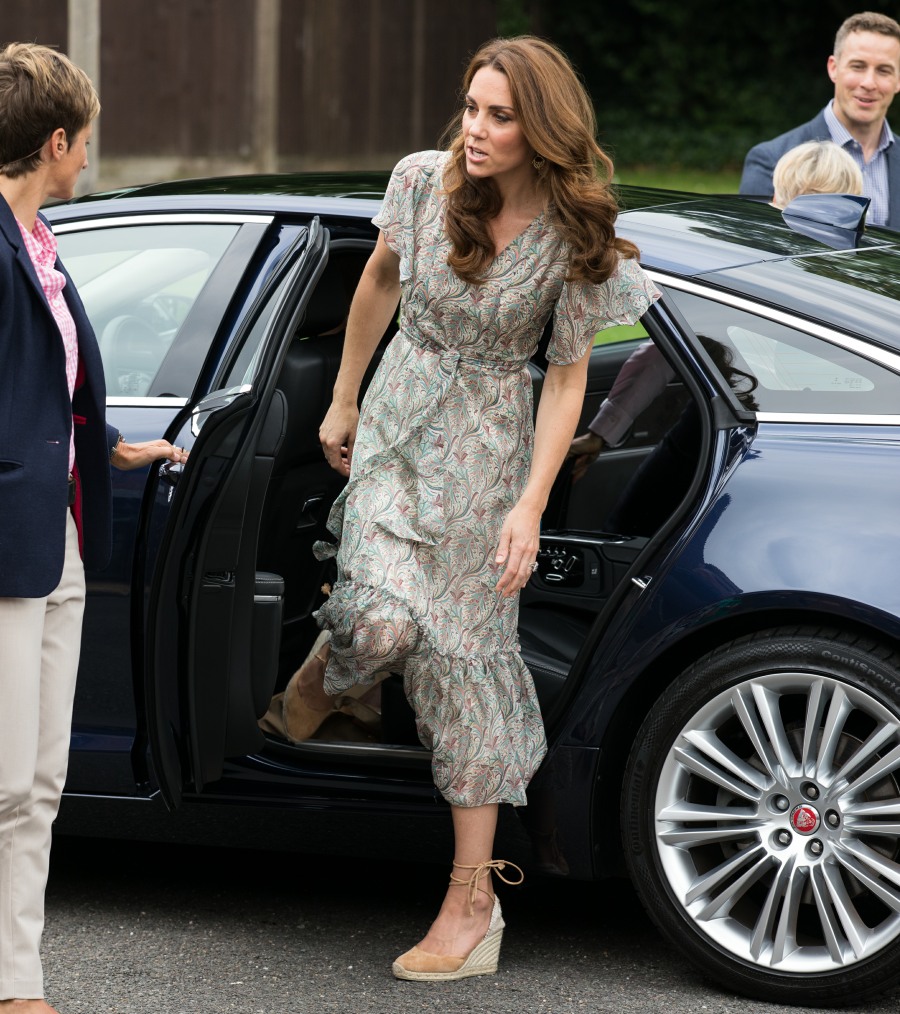 The Duchess of Cambridge had a surprise event today! It was a good one too – the Queen has “handed down” her patronage to The Royal Photographic Society to Kate. To mark the passing of the proverbial torch, Kate made a visit to Action for Children today in London for an event sponsored by the Royal Photographic Society. It was a photography workshop. From the press release/announcement:

The Duchess has a longstanding interest in photography, and this patronage will further highlight the beneficial impact that art and creativity can have on emotional wellbeing, particularly for children and young people.

The Royal Photographic Society is one of the world’s oldest photographic societies. It was founded in 1853 with the objective of promoting the art and science of photography, and in the same year received Royal patronage from Queen Victoria and Prince Albert. The Society has over 11,000 members and runs an extensive programme of more than 500 events throughout the United Kingdom and internationally. Her Royal Highness was made an Honorary Member of the Royal Photographic Society in January 2017.

For a while, I’ve thought that one of the few ways to get Kate to do more work is to have the Queen personally hand off patronages to Kate directly. I wonder if that’s what happened here.

As for her look… from the waist up, I think she looks very pretty and summery. It would have been nice to see a light AND bright color, but this greyish pattern is still summery, especially with those flutter-sleeves. I don’t really care for the skirt of the dress, but that’s Kate’s style. She loves a dust-ruffle-looking skirt. Also: the wedges have come out of the closet, it’s officially summer. I don’t have an ID on the dress yet, but when I see one, I’ll add it. Also: NO BUTTONS! But I spy a wiglet. 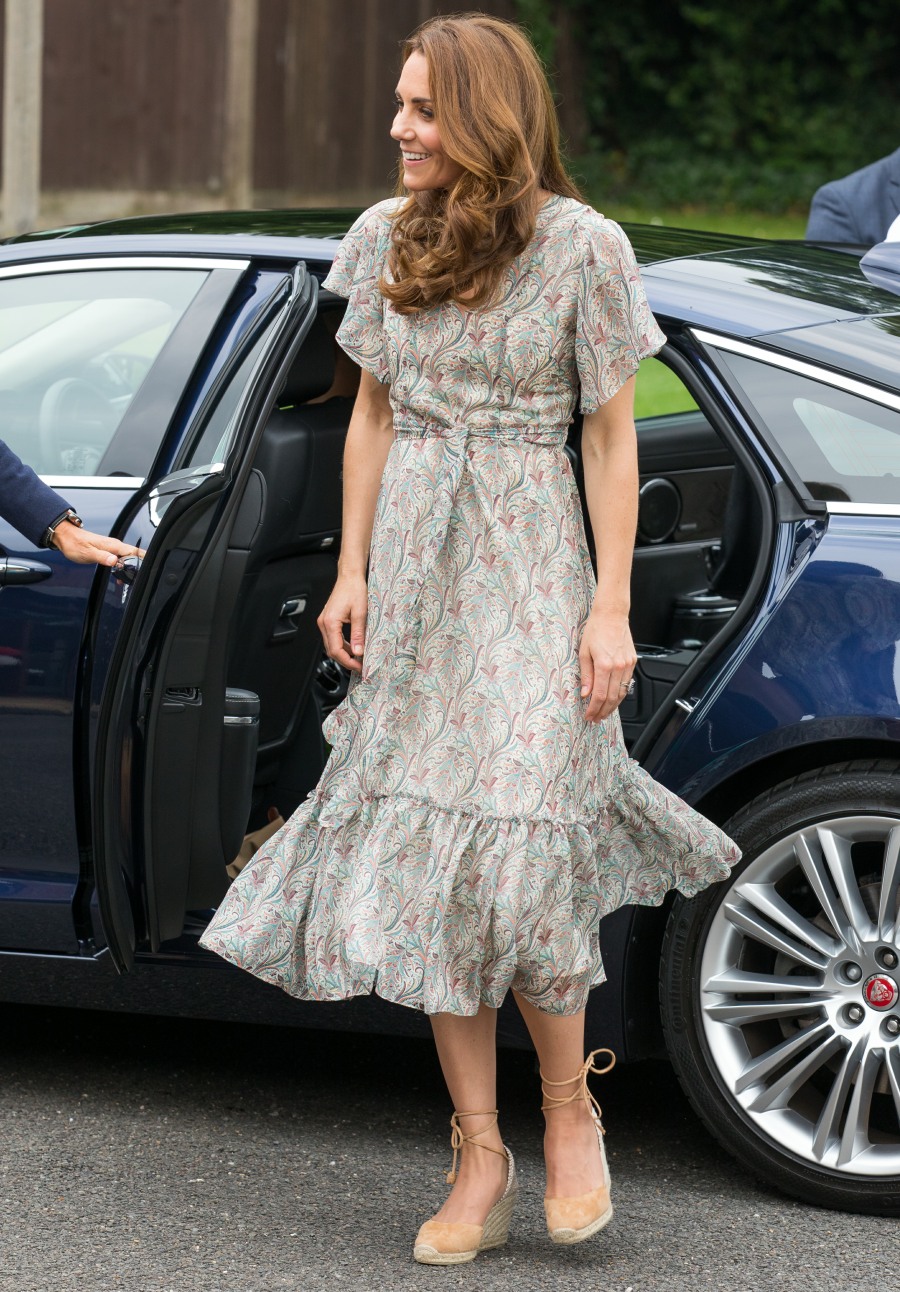 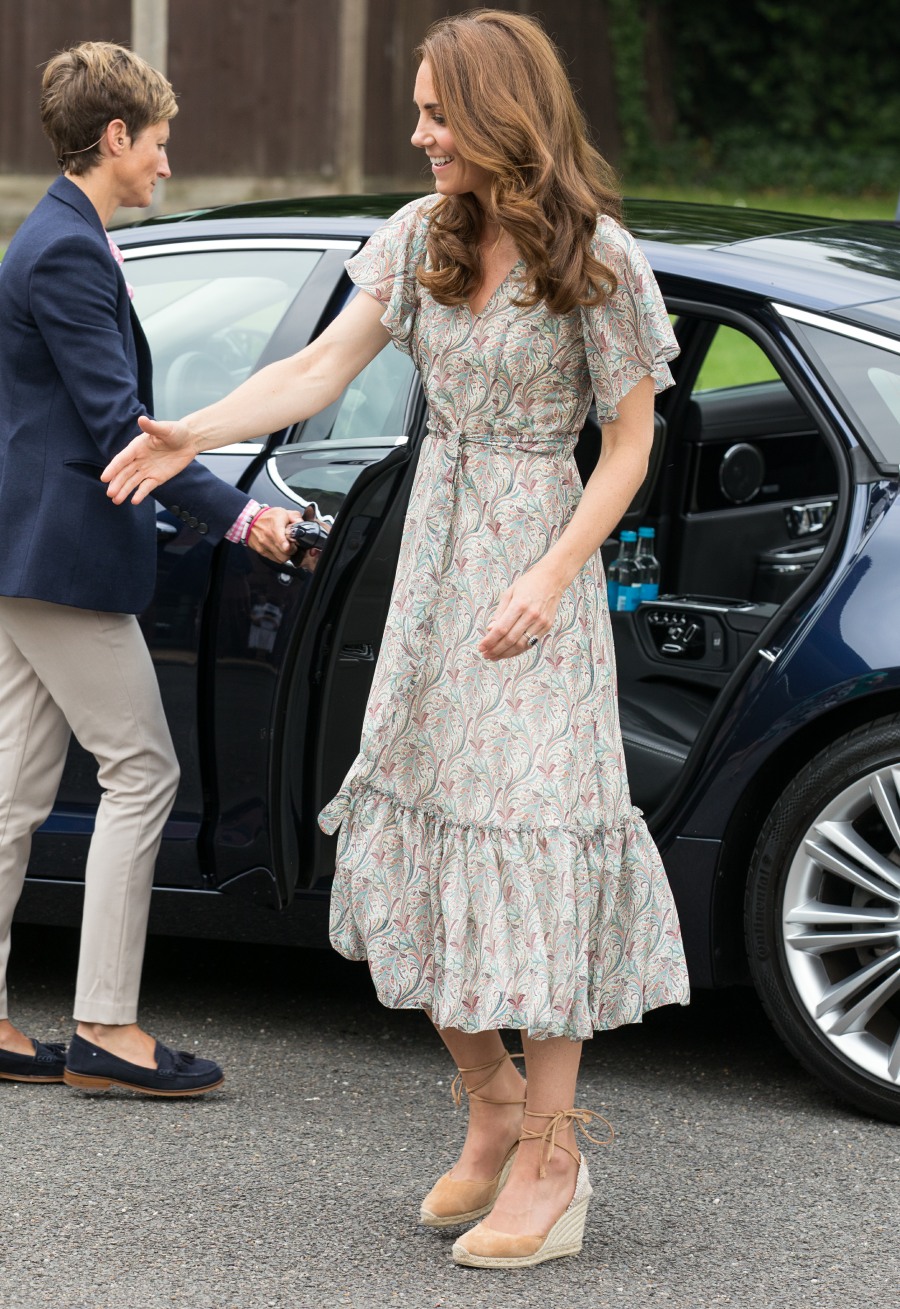 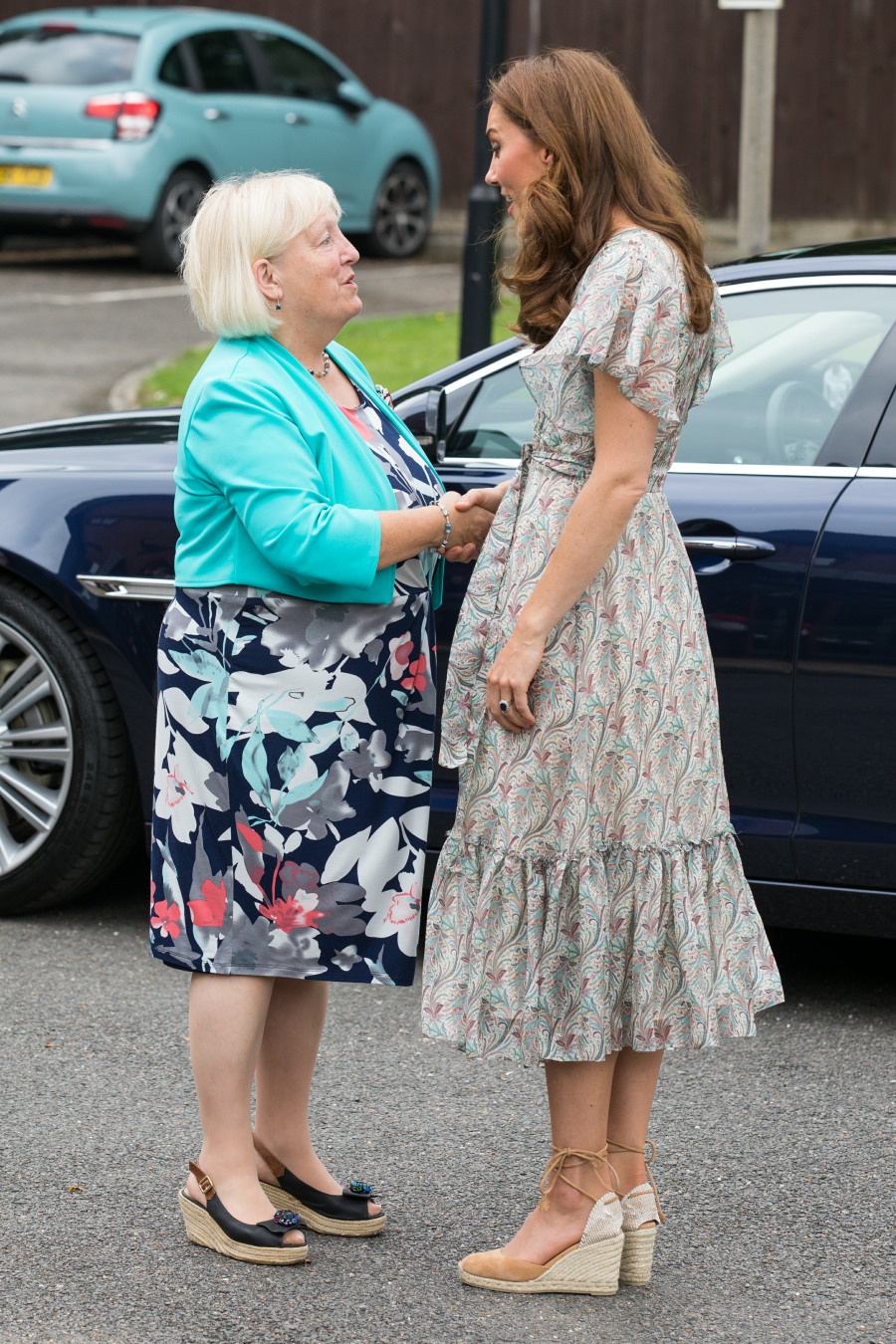