Duchess Meghan accused of barbs when thanking veterans for their service 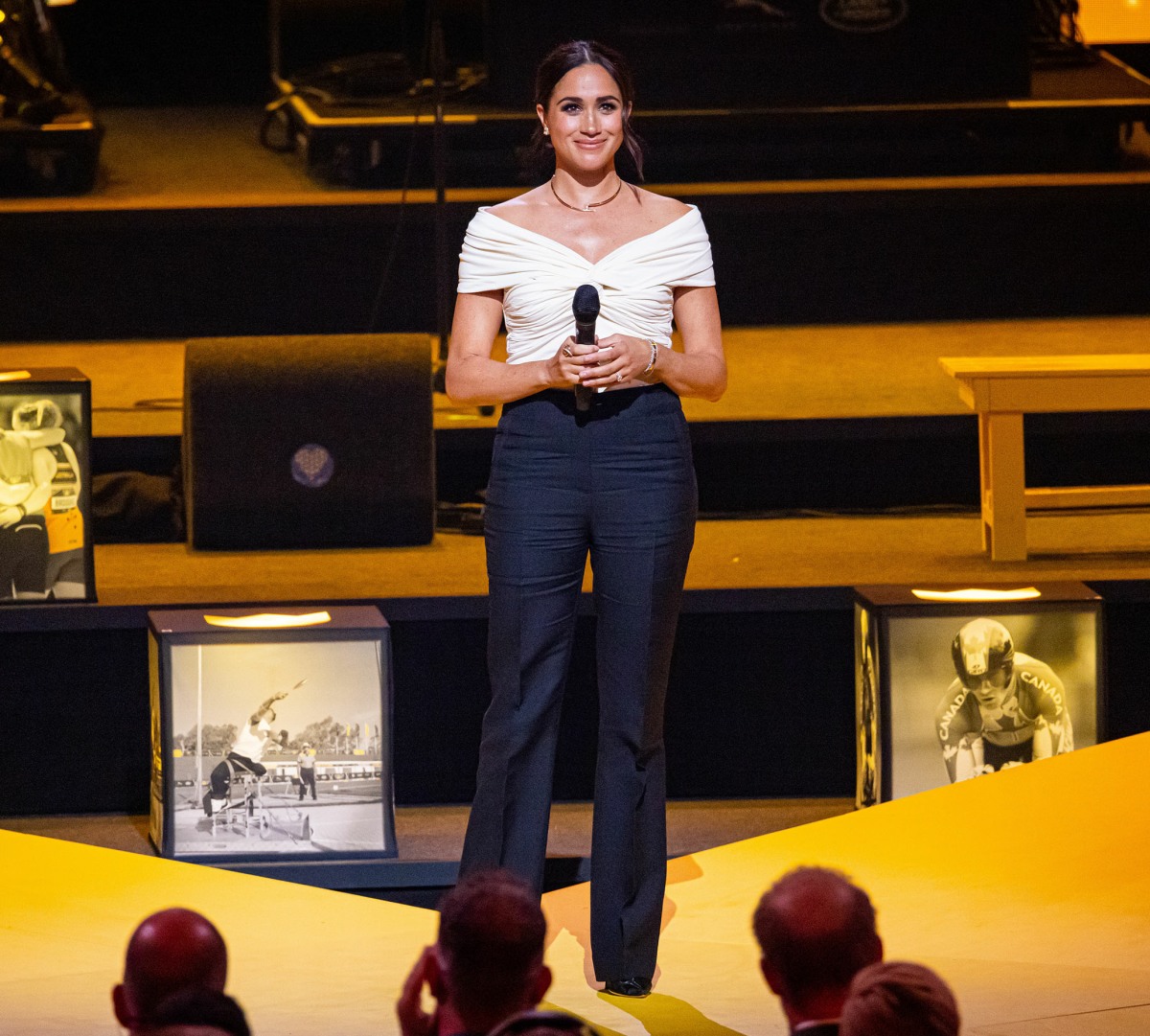 One of the craziest things about covering royalty as an American is the reminder that the British royal family seems to believe they have the franchise on “service,” and that service must be undertaken with grim hatred towards those being serviced. And yet, royals don’t think of themselves as public servants, which is how American politicians, military and civil servants view themselves. It’s a real linguistic and conceptual barrier, the idea that *only* royals are in the service business and yet they’re not actually public servants. I bring this up because unhinged royal reporters are trying to make it sound like the Duchess of Sussex made “barbs” at the Windsors when she thanked Invictus veterans for their service.

Meghan Markle may have hidden a subtle dig at the Royal Family in her speech praising the heroes of the Invictus Games, some critics are convinced. During the opening ceremony at the Hague the Duchess of Sussex took to the stage to rapturous applause. She began her remarks by thanking those present, her husband Prince Harry and in particular the team from Ukraine.

Meghan then issued what some have claimed is a veiled swipe at the Firm by telling Invictus competitors: “This is service.” Meghan told the ex-military heroes at the games set up by Harry: “Thank you so much for your service and thank you to all the family and friends that are here who have been supporting you along the way. Because this is service, this is dedication and this is the In­victus family.”

While some may read the remarks as clear and unequivocal praise for veterans who have risked their lives in the arena of war, others have another interpretation.

Ingrid Steward, royal commentator and editor-in-chief of Majesty magazine, called it “an interesting choice of words”.

She told The Sun: “It’s evocative language and perhaps is slightly barbed. There’s definitely a little innuendo there.”

[From The Daily Mirror]

Levin is unhinged, but I get the feeling (from Twitter) that this is also a big cultural difference. In America, veterans and active military people are always thanked for their service. On Easter Sunday, I saw an elderly veteran in a Navy hat and I was one of several people who stopped and thanked him for his service. It’s just… very common in America. It’s not common in Britain, I guess. And I guess unhinged British commentators don’t believe military service is the same as “prancing around in colonialist gear whilst living in taxpayer-funded mansions” royal service.