Lindsay Arnold Cusick has mastered the dance floor already, and she’s now getting into the swing of motherhood. The “Dancing With the Stars” pro welcomed daughter Sage Jill last November with her husband, Samuel Lightner Cusick. In a chat with Wonderwall.com, the 27-year-old dished on Sage’s milestones, the hilarious battle she and Sam are having over Sage’s first word, motherhood advice she’s gotten from fellow “DWTS” moms and Lindsay’s partnership with 4moms and its “Pay It 4ward” Pilot Program, which is giving back to NICUs.

In her new partnership with 4moms, Lindsay Arnold is encouraging parents to donate their gently used MamaRoo Infant Seats to support NICUs and NICU families. Recently, she even donated her MamaRoo to Timpanogos Regional Hospital in Orem, Utah, where she welcomed her baby. “This really hit home for me. As a new mom, anytime Sage isn’t feeling well or I think there’s something wrong, it’s sheer panic as a mother,” she said. “All you want as a mother is to take care of your kids and to help them be healthy and safe. And for those families that are in the NICU with their babies and have that really fragile time with them, anything that we can do to support them in that time is really special to me. So, I was immediately on board.” During a two-month pilot program, 4moms will give a new MamaRoo to a NICU or needy NICU family for every infant seat donated, up to 200 units.

In speaking about managing the first few months as a new mom, Lindsay Arnold credited the MamaRoo, calling it a “lifesaver.” “When you need to be able to set your baby down and get something done —  wash the dishes, do some laundry, do just basic chores that before becoming a mom you don’t realize is like — that becomes a very difficult thing to do when you’re a mom,” she said. “Sage absolutely loved it. I think it’s the closest infant seat that feels like being in your mother’s arms. And as a baby, I’m assuming that’s an incredible feeling.”

Sage isn’t speaking yet, but Lindsay Arnold and Samuel Cusick are already battling over whether the newborn will say “mom” or “dad” first. “It is funny because I’ll watch Sam sit over there and be like, ‘Dada, dada.’ And I’m like, ‘No. Mama, mama.’ So, we’re definitely putting in our two cents to her brain and being like, ‘OK, whoever says mama first, whoever says the word enough, she’ll probably say that one first.’ But at the end of the day, she’s probably just going to say whatever one she wants to say. She’s going to say something totally different, which might be better for mine and Sam’s ego if she says something else totally different first. It might cause some serious issues if she says ‘dada’ first. That might not be OK with me.”

Adapting to your baby and dance partner is the name of the game. “We get paired up with a different celebrity every single season on ‘Dancing With the Stars,’ and it’s our jobs as a professional to learn and understand that celebrity. We really just try to grasp how they learn, how they respond, how they need to be supported and that’s definitely something that I think is going to help in motherhood. Learning how to adapt to different personalities and to different needs and then learning how to give people what they need is very much motherhood,” Lindsay Arnold explained. “Every day with Sage, she can’t talk yet, but it’s a guessing game of learning her cues and what she needs emotionally and supported and I think as she gets older, that’ll just play even more into that. So, I feel like that definitely helps me get used to being a support system for another individual.”

On things she learned in dancing that can be applied to motherhood: “I think learning how to have stamina is a huge thing because as a mother, stamina is huge. You’re not getting much sleep, you’re on the go, you’re moving around, you’re holding your baby, you’re carrying a car seat, you’re carrying so many different things. So, stamina and physicality, I think is definitely a thing,” Lindsay Arnold said. “But I will say that the lessons I learned growing up as a dancer and then having that be my career, I feel like that has really translated over into motherhood. The mentality of, ‘We got to do this. We’re going to get it done. We’re going to give it all we’ve got. It’s hard work, be consistent, be persistent.’ Those are all things in motherhood that you really have to have those tricks of the trade, I guess, up your sleeve of being able to be very resilient as a mother because that’s something that you will go through constantly.”

Sage is on the move! “She’s sitting up on her own, which was such a fun thing for me. She’s rolling over, which was terrifying actually because now I’m like, ‘Oh no! You’re probably going to be crawling soon, which means I can’t set you down and just expect you not to,'” Lindsay Arnold said. “It’s very cool to see, every day I feel like her personality develops just a little bit more, which is so fun to see as a mother because that’s just something that from the get go you’re just wondering. Who are you going to be? What are you going to be about? And so, it’s so fun watching her develop her own little personality.”

On advice she got from fellow “Dancing With the Stars” moms: “I talked to [Peta Murgatroyd] quite a bit because she is one who had a baby, missed a season, just like I did, and then was back the next season ready to go better than ever. And that was something that, before she had done that, I was always like, ‘Oh, that’s not possible.’ I didn’t think that was a possibility,” Lindsay Arnold said. “Then seeing her doing that just really inspired me to know OK, just because you want to take a break and have a baby and start your family doesn’t mean that your career is over. So, I definitely leaned on her a lot, and it was just so cool to have her support and have that perspective of, yes, I’m a working mom, it’s totally doable, it’s totally possible.”

After taking a “DWTS” hiatus, Lindsay Arnold plans to return. “I’m very excited and hopeful that I’ll be back on the show,” she said. 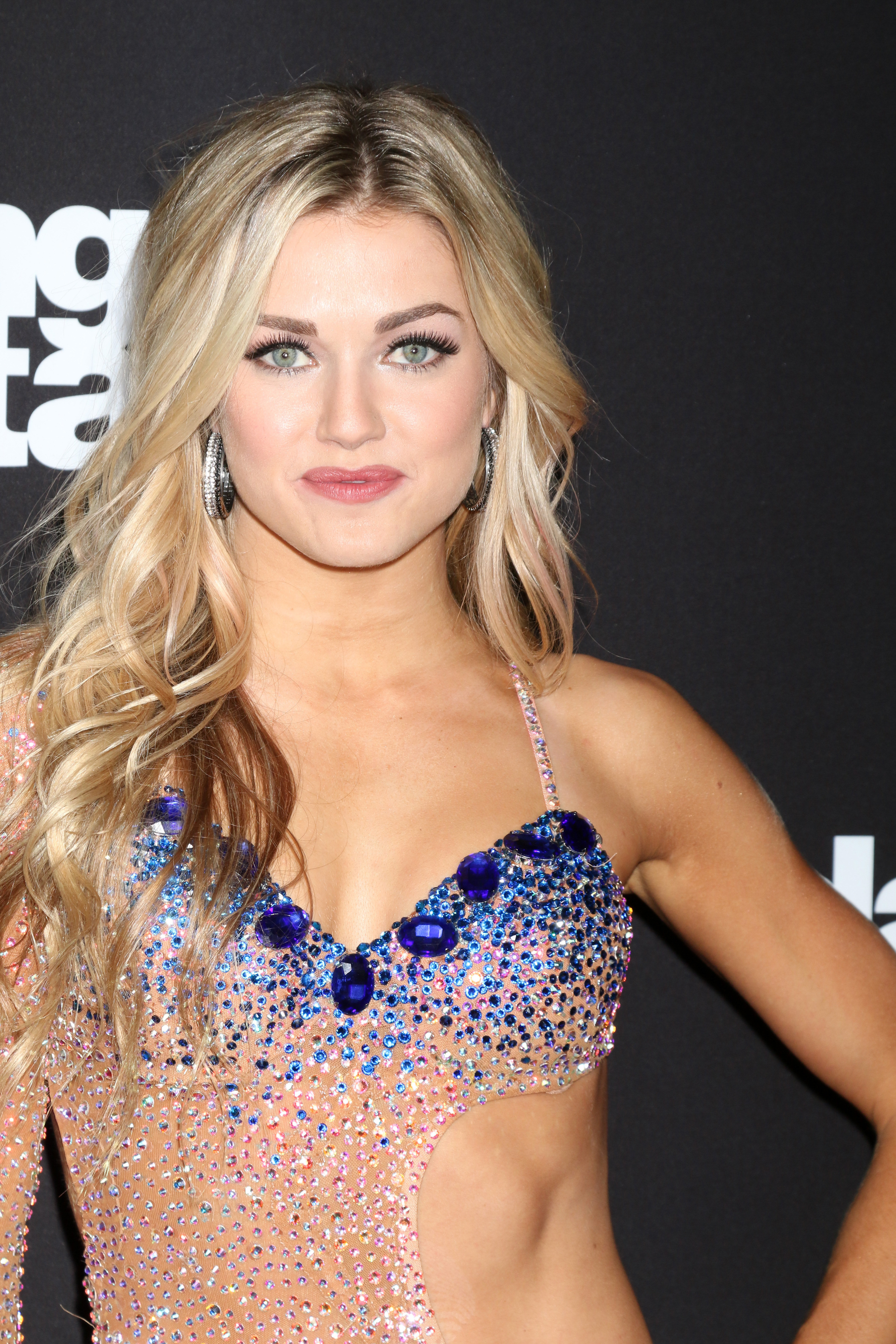 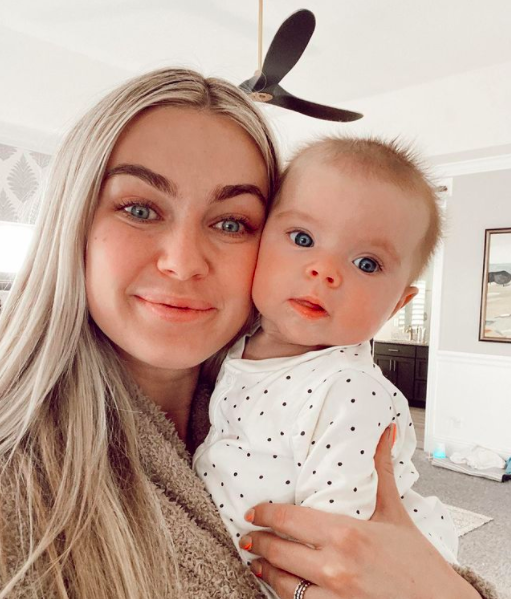 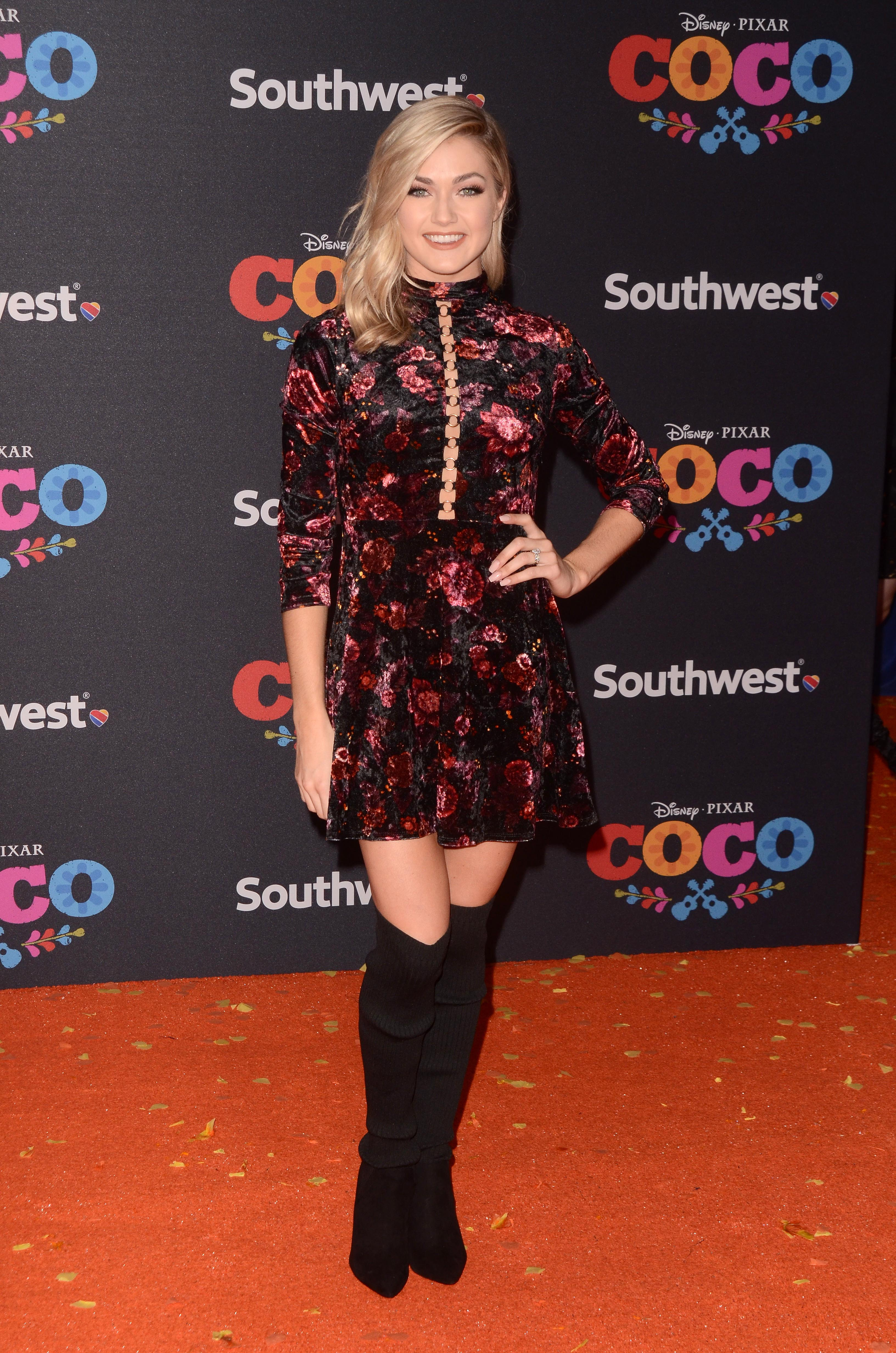 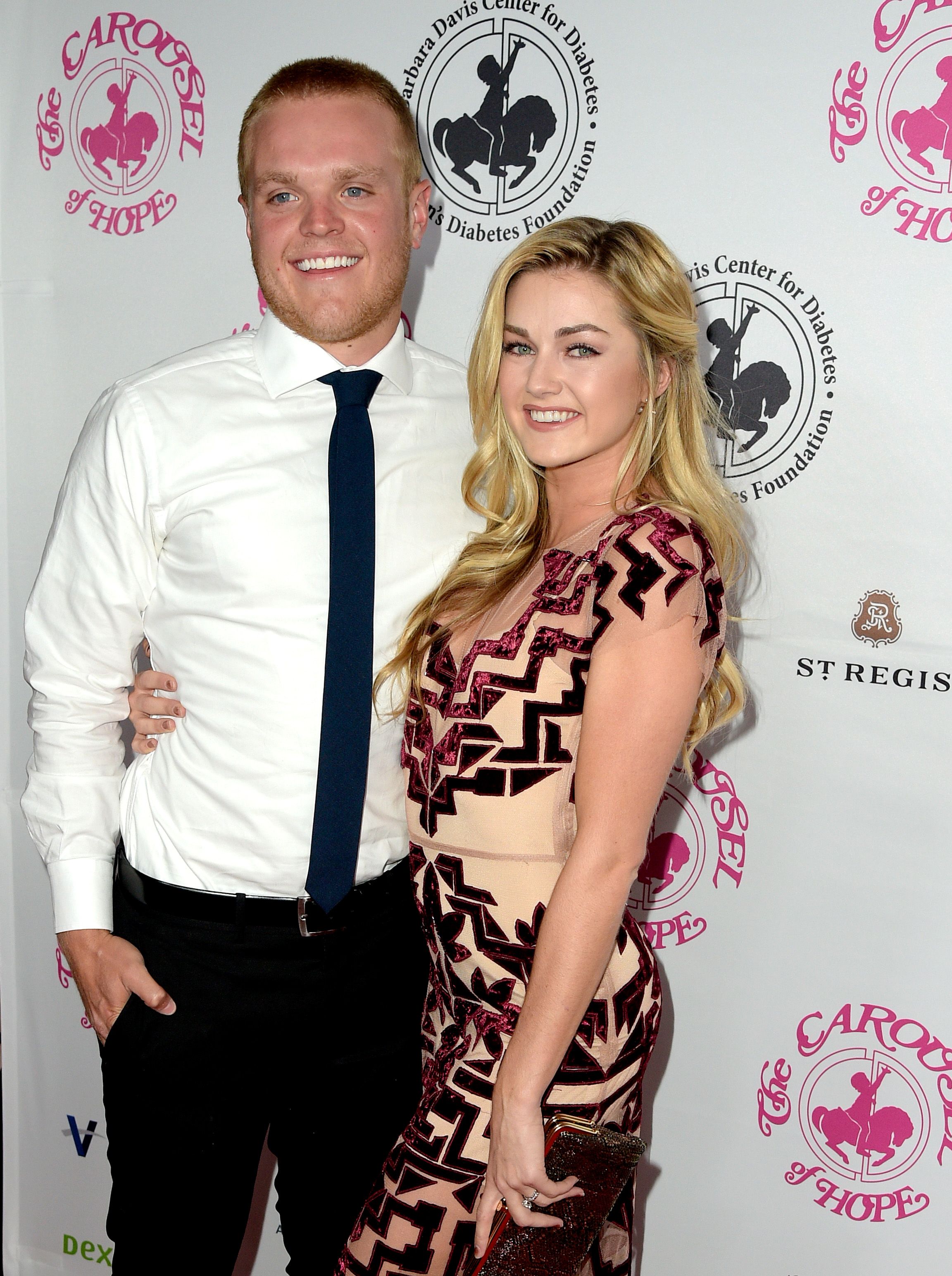 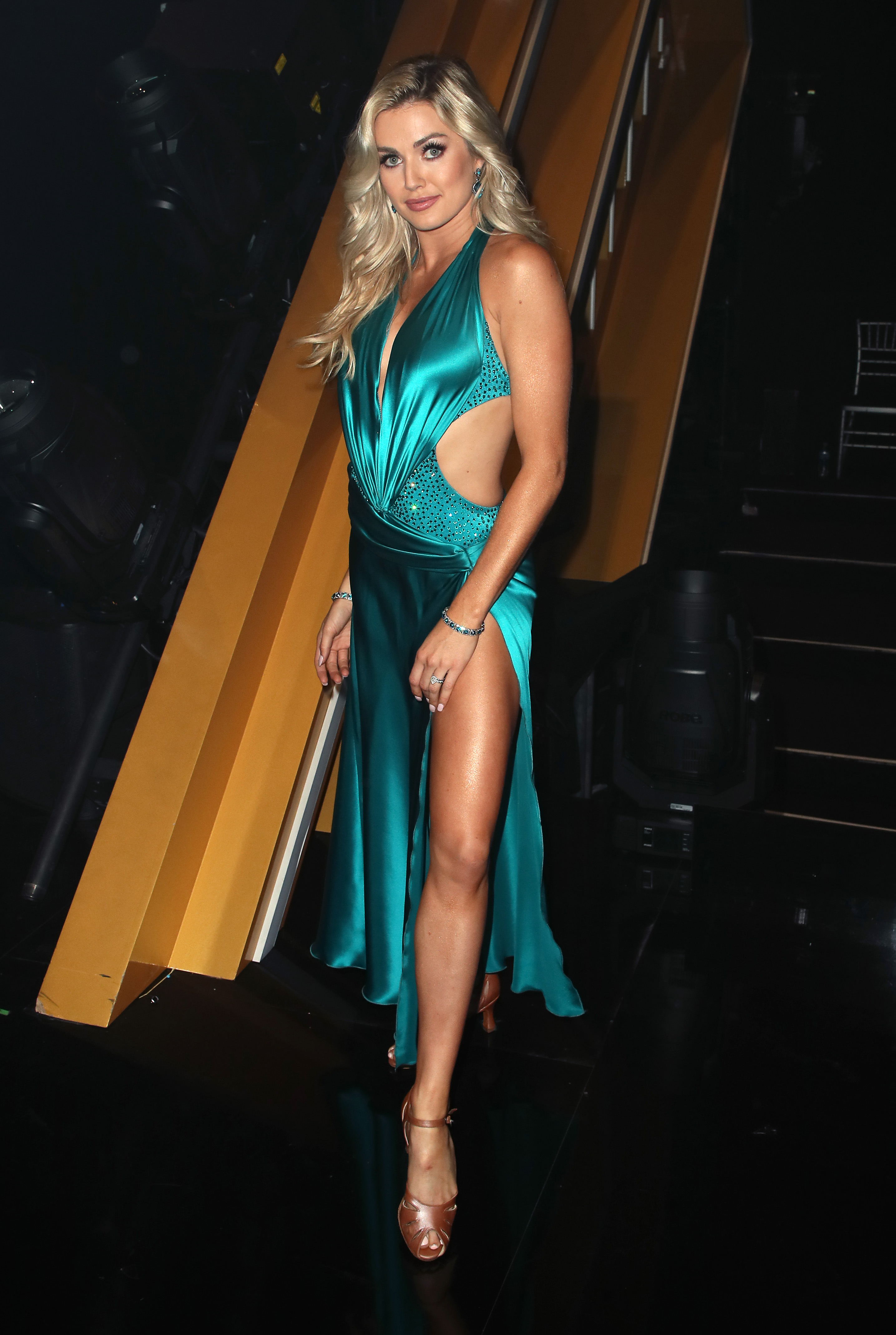 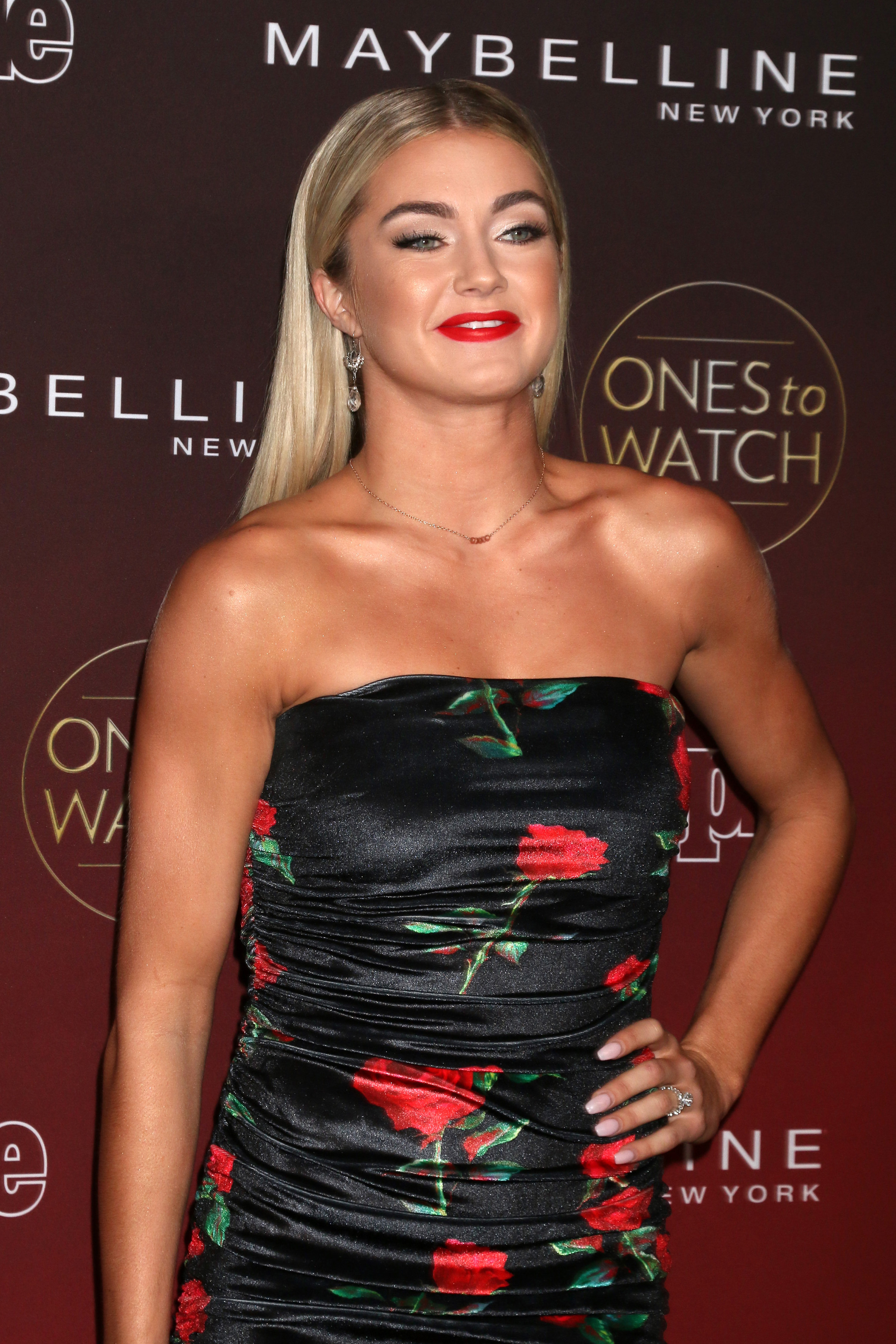 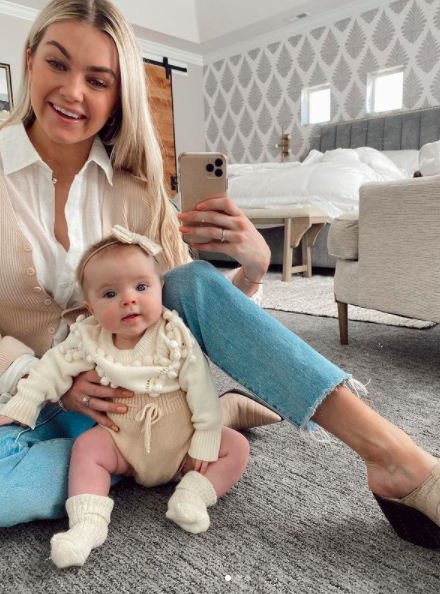 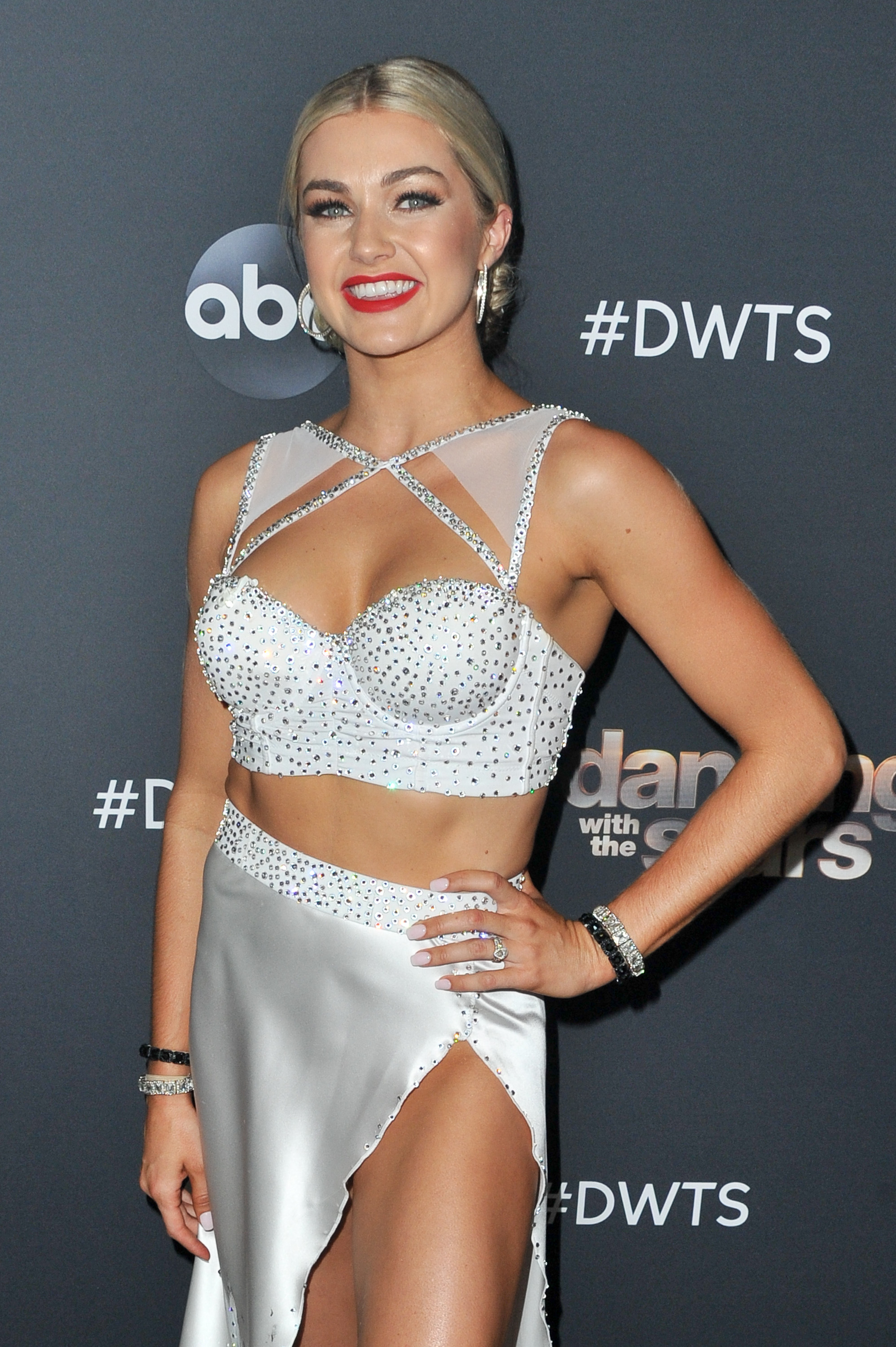 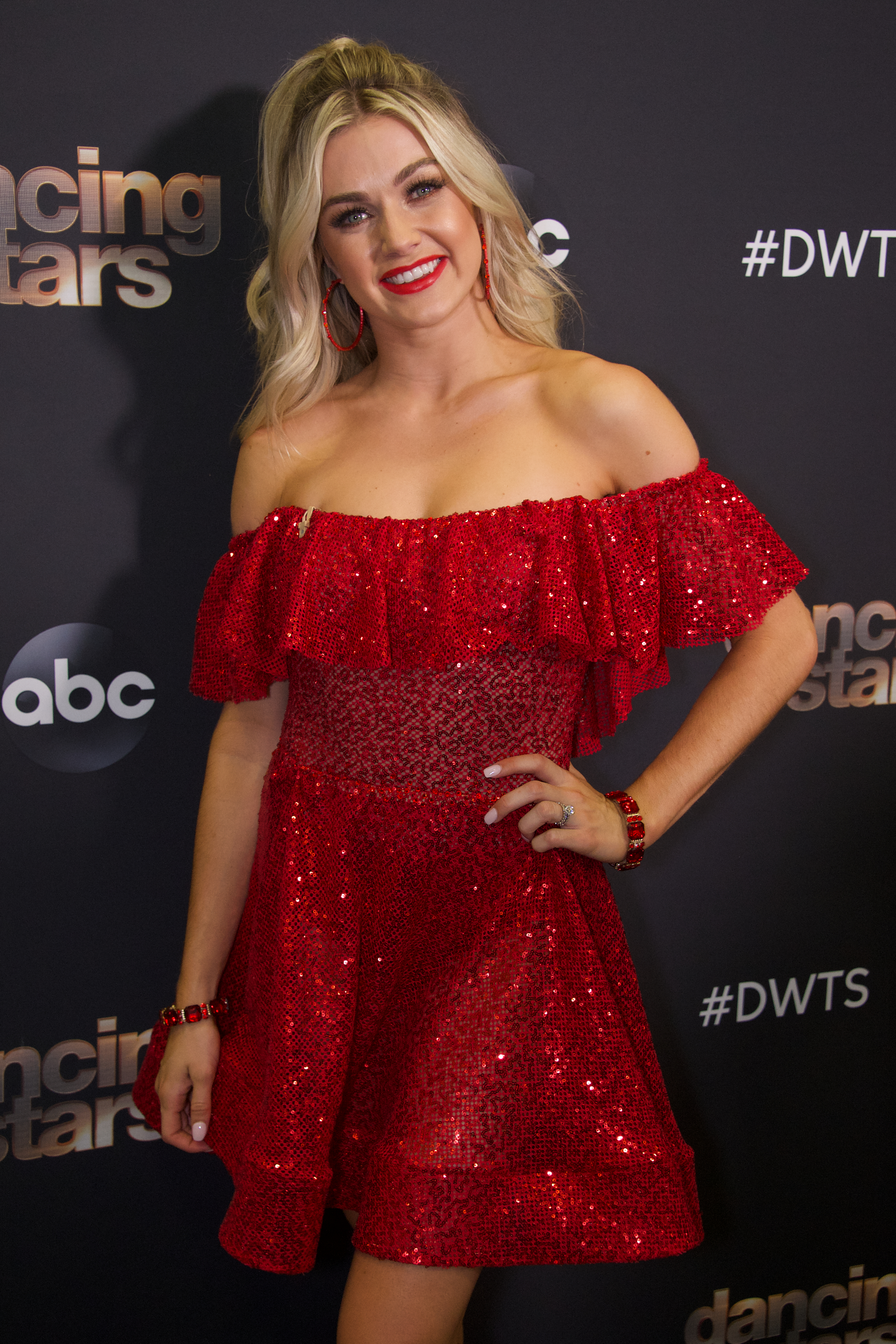 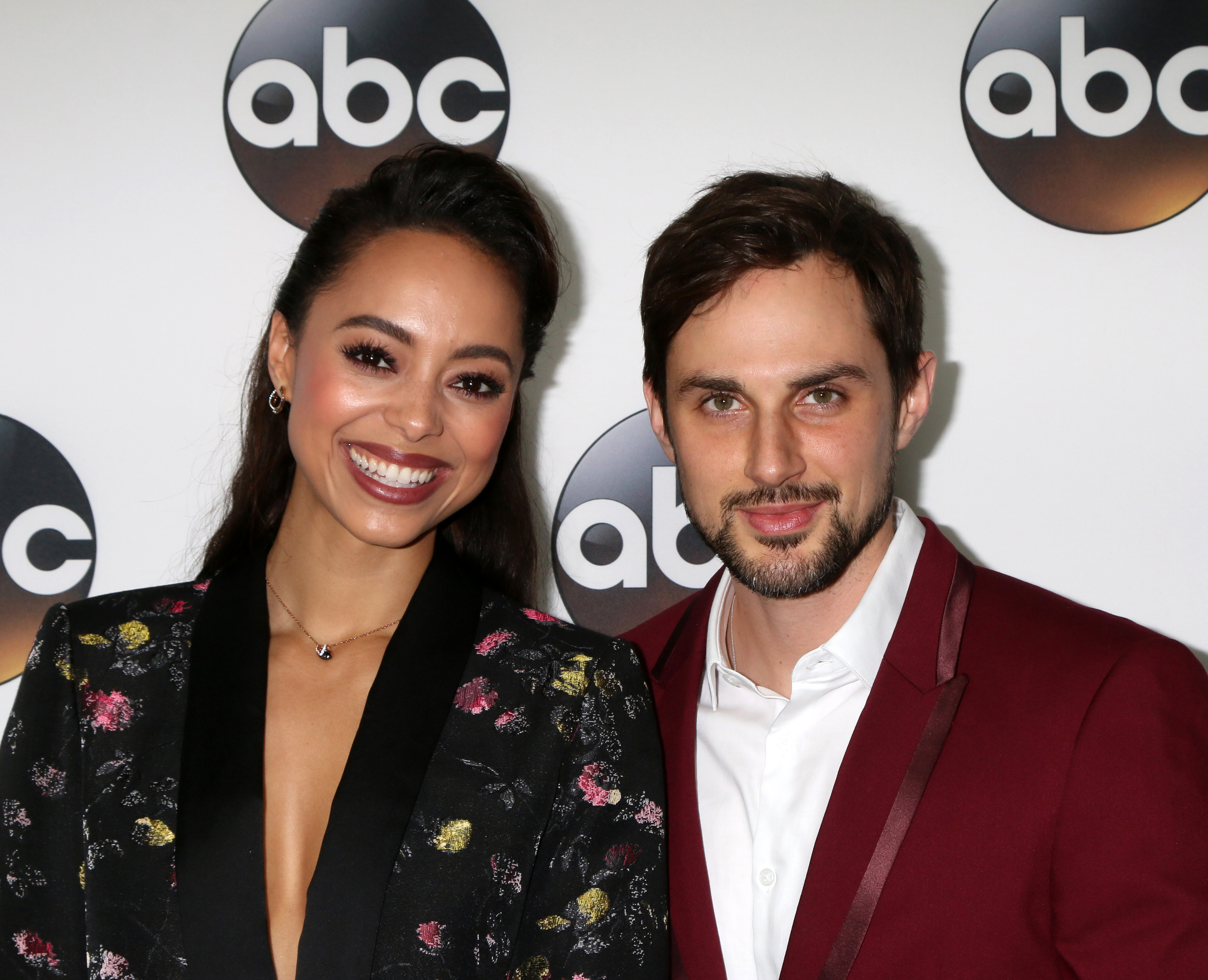