He played a lieutenant who helped hold off 4,000 warriors in Zulu and a vengeful vigilante in Get Carter, but Sir Michael Caine is now involved in his bravest battle yet.

He’s fighting to overcome an acutely painful back condition that has just seen him undergo major surgery at a London hospital.

It meant the double Oscar winner missed a big party in Mayfair on Monday to publicise the sale of some of his most treasured possessions.

‘He had a back operation quite recently,’ his wife, Shakira, confirms at the private view of Sir Michael Caine: The Personal Collection, at Bonhams auction house. ‘He had spinal stenosis.’

Lady Caine hails the fortitude of The Italian Job star, who turns 89 in a fortnight. ‘He’s great,’ she tells me.

The Guyanese former model, 75, adds: ‘The operation was fantastic. He’ll be up and dancing again soon.’

Spinal stenosis is a condition that narrows the spinal canal and can cause back and leg pain. Surgery is usually recommended only when non-surgical treatments have not been effective. 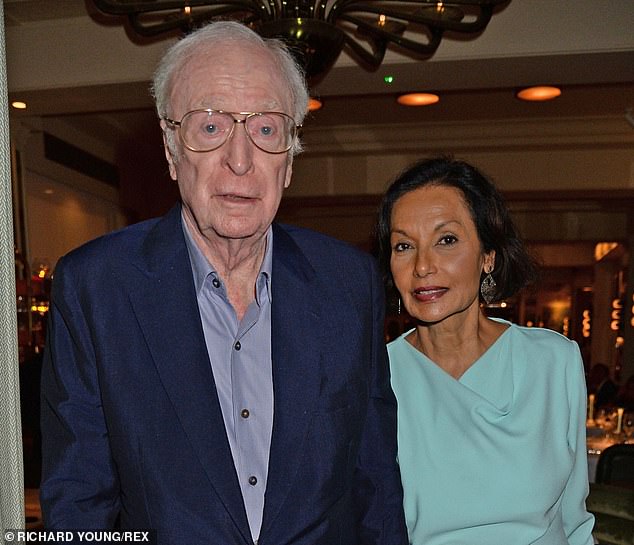 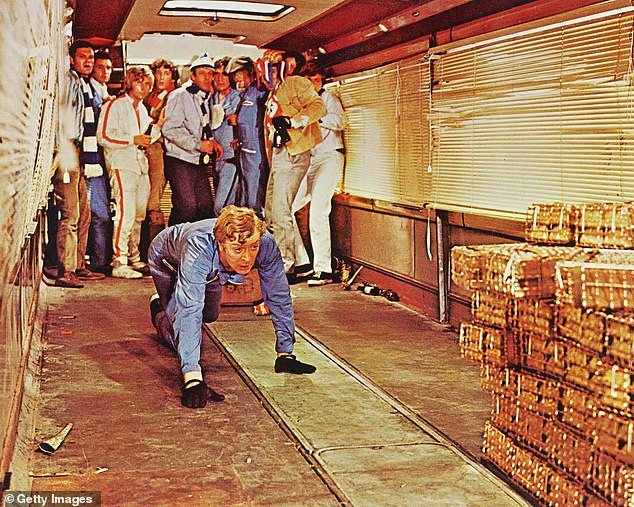 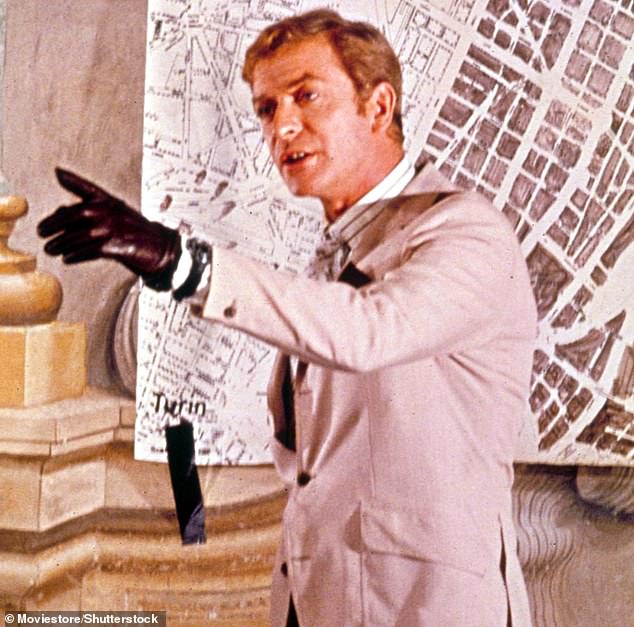 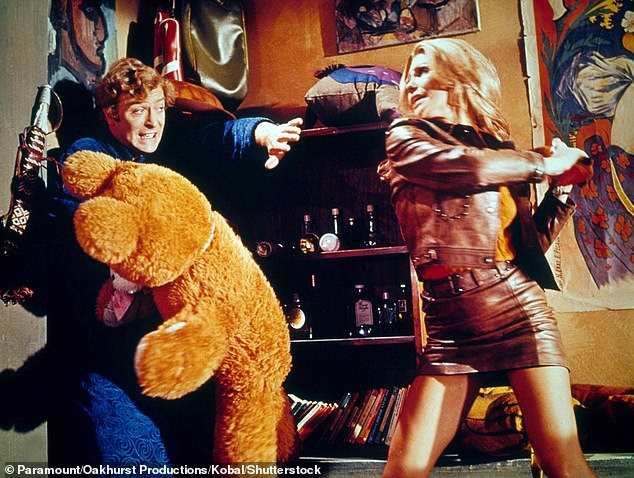 Caine and Maggie Blye in The Italian Job. The British actor will turn 89 in a fortnight

The Ipcress File and Alfie star, who has used a walking stick during public appearances since he broke his ankle in a nasty fall on ice in 2018, said earlier this year: ‘I have a spine problem which affects my leg, so I can’t walk very well.’

He and Shakira, who have been married for 49 years, are auctioning many belongings including artwork, jewellery and pairs of his spectacles, as well as masses of memorabilia from his long-spanning career, as they are downsizing from their £3.75 million Surrey mansion.

One reveller tells me that a bid has already been made on every item in the sale in spite of the auction not being due to take place until today.

Despite the circumstances of his absence, Shakira jokes: ‘I’m happy my husband is not here because he’d have asked for everything back.’

Is Edward’s mission to be prince of spies?

The Queen’s youngest son appeared to be auditioning as the next James Bond when he turned up to a National Youth Theatre fundraiser wearing a red velvet jacket similar to the one sported by the previous 007, Daniel Craig, at the No Time To Die premiere last September.

Not only was Bond producer Barbara Broccoli at the same North London event as Prince Edward, 57, but so was Bridgerton star Rege-Jean Page, 34, a favourite to succeed Craig as the super-spy.

Perhaps the Queen could have a say in casting on the next film?

After all, she did ‘parachute’ into the London Olympics opening ceremony with Craig in 2012.

Her family’s country estate, Knebworth, has been the venue for celebrated concerts by rock bands including the Rolling Stones, Pink Floyd and Oasis, so Morwenna Lytton Cobbold was keen to recreate a festival atmosphere on her hen night.

The Burberry model enjoyed ‘crowd-surfing’ on top of her friends at the raucous party, as well as getting behind the decks to perform as DJ and posing with a phallus-shaped pizza. 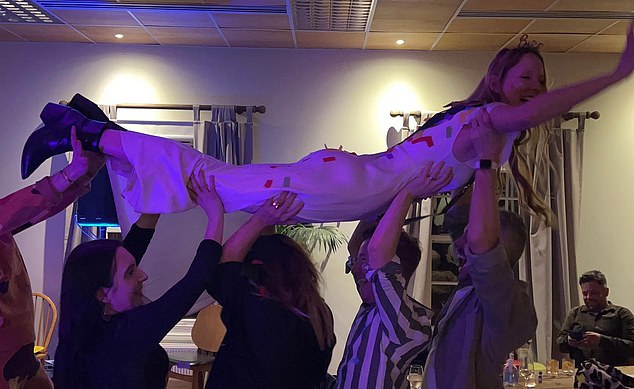 Morwenna Lytton Cobbold ‘crowd-surfing’ on top of her friends at her raucous hen party, where she also got behind the decks to perform as DJ 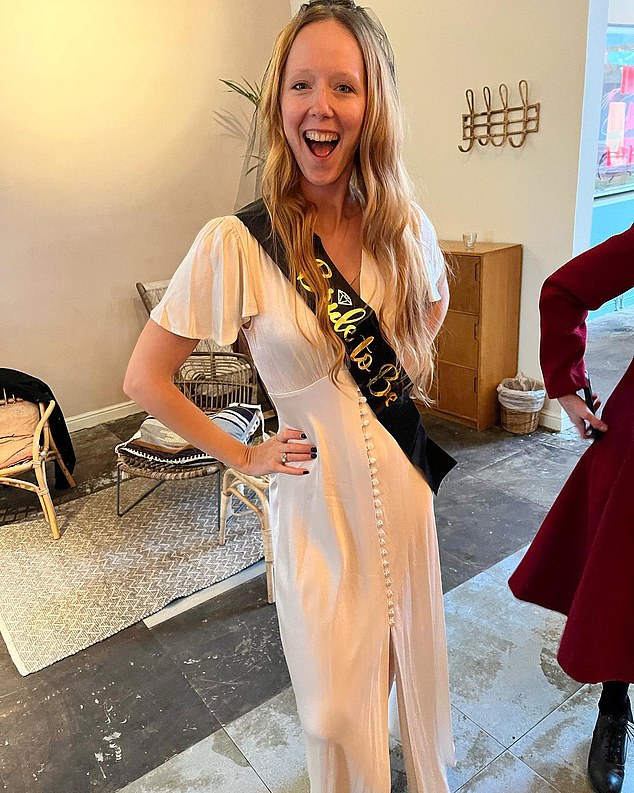 Morwenna, 32, is due to marry Phil Bush, who used to sing with rockers The Cazals, with the wedding to be held at her Hertfordshire stately home.

‘It’s all coming together,’ she tells me of their wedding plans.

‘Knebworth is the only place where I wanted to do it.’

Yet another starring role for Benedict

Benedict Cumberbatch, who hopes to win a Best Actor Oscar later this month, has confirmed his meteoric rise with his own star on the Hollywood Walk of Fame.

The Sherlock actor, 45, looked dapper as he knelt on the red carpet for the unveiling ceremony.

Harrow-educated Cumberbatch took the opportunity to pay tribute to his late sister, the artist Tracy Peacock, who died from cancer last year — claiming she would have been ‘laughing non-stop’ throughout the ceremony. 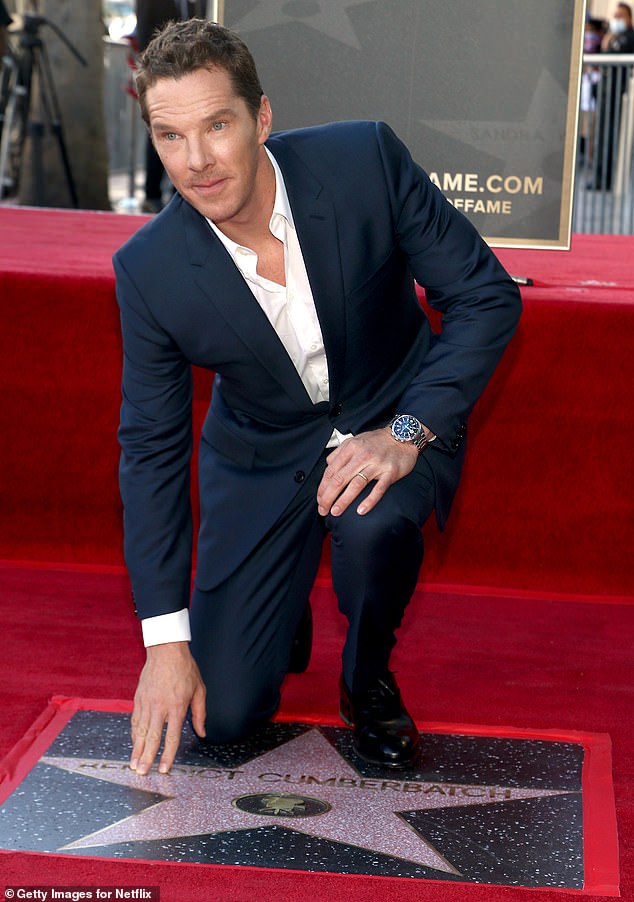 Dame Harriet Walter, who has played ice maiden types in everything from Downton Abbey to Succession, admits she feels the cold so badly that she can’t live without a hot-water bottle.

‘I was staying near the ocean and it was damp and cold at night, so I went to the souk and did a lot of miming — they must have thought I was nuts.

‘But, miraculously, they did manage to find one.’

Being a distant relation of Russia’s greatest writer has not spared socialite Alexandra Tolstoy from vicious criticism after she condemned the country’s invasion of Ukraine.

‘Despite the trolling from paid Russian bots that I have received, I feel immensely proud to be partly Russian and a member of one of her most creative families,’ says Alexandra, 48, a kinswoman of War And Peace author Leo Tolstoy.

She has three children with Sergei Pugachev, who was known as ‘Putin’s banker’ before he fell foul of the Kremlin.

Broadcaster Alexandra adds: ‘Please do not politicise Russian culture, heritage and her wonderful people, many of whom are bravely opposing the war at great personal risk.’