Home » Celebrities » Elton John Calls Out DaBaby For Spreading HIV Mistruths: Its The Opposite Of What We Need

Elton John has criticized 29-year-old rapper DaBaby for making ‘homophobic statements’ which ‘fuel discrimination’ while on stage at Rolling Loud festival in Miami.

Elton John, 74, revealed he was “shocked” by rapper DaBaby‘s “homophobic” comments at the Rolling Loud music festival on July 26. The “Tiny Dancer” hitmaker called out the 29-year-old for fueling “stigma and discrimination” after he told an audience at the Miami festival, “If you didn’t show up today with HIV, AIDS, or any of them deadly sexually transmitted diseases, that’ll make you die in two to three weeks, then put your cellphone lighter up… Fellas, if you ain’t sucking d*** in the parking lot, put your cellphone lighter up.”

The “Levitating” rapper, born Jonathan Kirk, later apologized the remarks. “Anybody who done ever been effected by AIDS/HIV y’all got the right to be upset, what I said was insensitive even though I have no intentions on offending anybody. So my apologies,” he wrote on Twitter. Nevertheless, Elton John criticized the singer when he released a statement on behalf of his Aids Foundation.

“We’ve been shocked to read about the HIV misinformation and homophobic statements made at a recent DaBaby show. This fuels stigma and discrimination and is the opposite of what our world needs to fight the AIDS epidemic,” he wrote, before listing facts about HIV and who it affects, noting, “Homophobic and HIV mistruths have no place in our society and industry and as musicians, we must spread compassion and love for the most marginalized people in our communities. A musician’s job is to bring people together.” 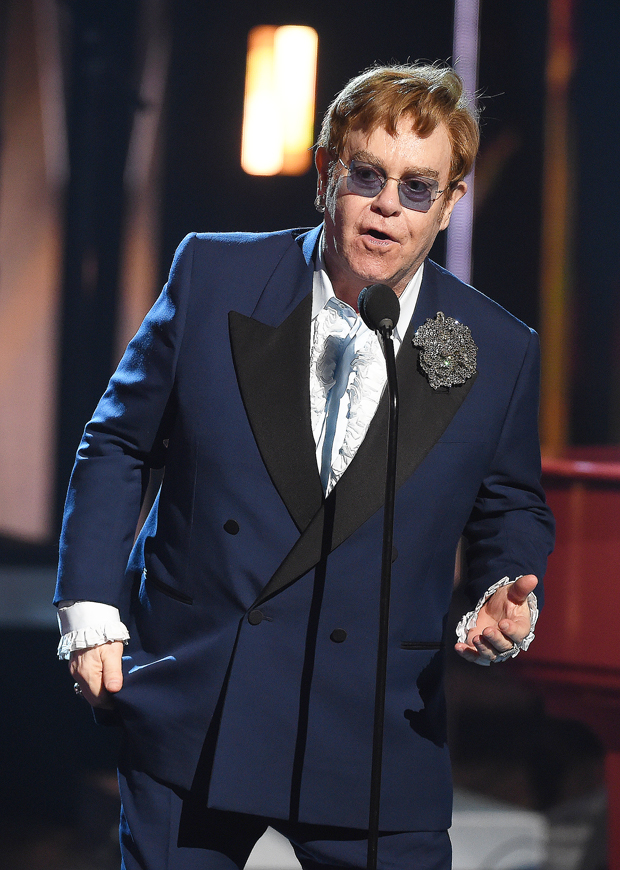 Grammy winner Dua Lipa, who collaborated with DaBaby on the chart-topping remix of her 2020 smash hit “Levitating” also spoke out. “I’m surprised and horrified at DaBaby’s comments. I really don’t recognize this as the person I worked with. I know my fans know where my heart lies and that I stand 100% with the LGBTQ community. We need to come together to fight the stigma and ignorance around HIV/AIDS.”

DaBaby also shocked fans when he brought  Tory Lanez on stage at the festival. The rapper, who performed right after Megan Thee Stallion said, “I’ll give somebody out here a million dollars if they can guess who in here.” He continued, “I got a million dollars right now if you can guess who… Who you think?” The person in the costume was none other than the man Megan accused of shooting her in July 2020. Yikes.