Home » Celebrities » Emily Ratajkowski talks Bernie Sanders support on Michael Moore's podcast: 'It was never any question for me'

Emily Ratajkowski talks Bernie Sanders support on Michael Moore's podcast: 'It was never any question for me' 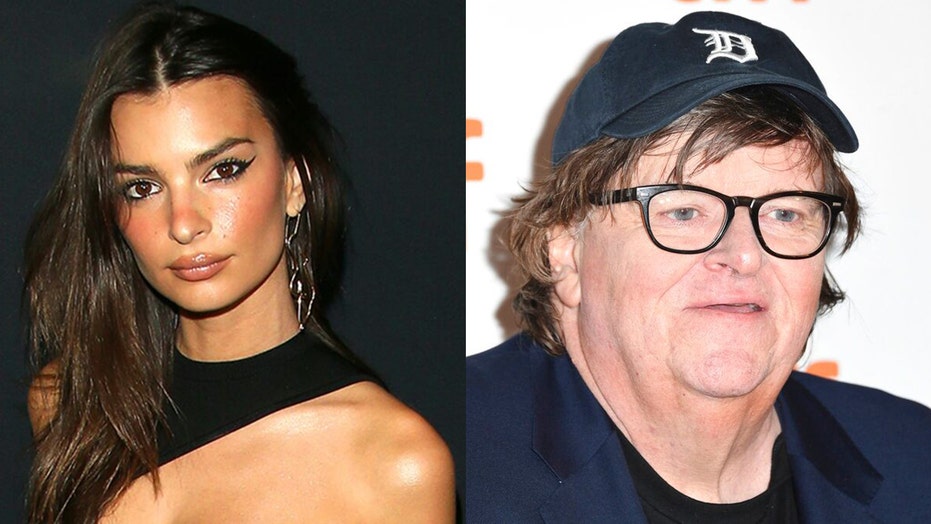 Ratajkowski, who says she was raised in a progressive household, threw her support behind Sanders in the 2016 election and even admitted to having trouble supporting Hillary Clinton once she ultimately took the party’s nomination.

“One of the reasons I didn’t support Hillary in the last election was because I don’t think symbolism is really what we need,” she told the host. ”We need action. And if I don’t agree with someone’s politics, I’m not worried about what they represent because of who they are.”

The 28-year-old revealed that she’s been in talks with Sanders’ campaign and plans to use her celebrity to help secure him the party’s nomination to go head-to-head with Donald Trump in the upcoming election. 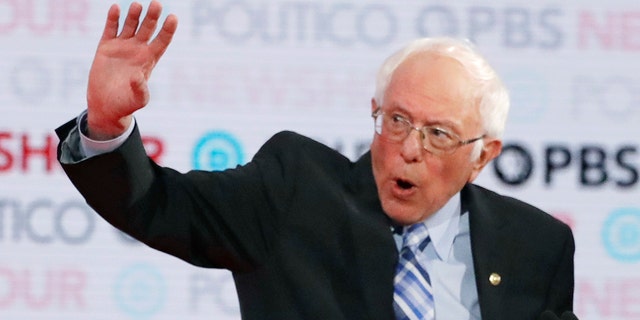 Bernie Sanders was discussed by Emily Ratajkowski and Michael Moore on his podcast.
(AP Photo/Chris Carlson)

“I’ve been talking to his people so I don’t mind if it comes out here first. I’m going to do as much as I can moving forward,” she said. “It was never any question for me. There's no candidate that speaks to me in the way he does or also, I believe, has a chance of winning.”

Moore, 65, noted that Sanders' campaign seems to have captured something that young people are responding to, which Ratajkowski attributed to his rejection of capitalism.

“First of all, it’s anti-establishment," she explained. "He’s someone who has consistently believed in the things he believes in. And he’s been an outsider, and he’s spent a lifetime of serving these ideas rather than corporations, which is so refreshing." 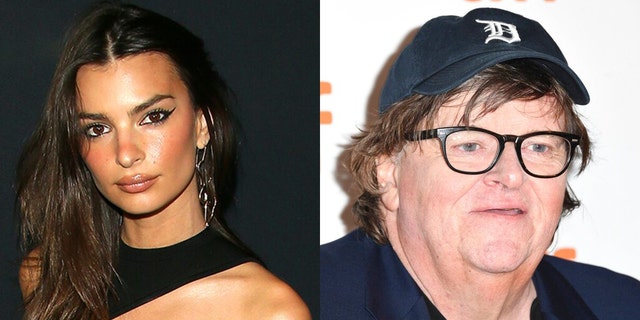 Emily Ratajkowski appeared on Michael Moore’s podcast to talk about her support for Bernie Sanders.
(Getty/AP)

She added: “I think that people really underestimated what my generation sees in America — which isn’t socialism versus democracy… It’s just capitalism. And he can really handle f—ing capitalism. And that’s the truth.”

“And that’s the enemy,” Moore concluded.

In addition to his positions on important matters, the model believes that Sanders is the only one in the crowded Democratic field that can go toe-to-toe with Trump in the court of public opinion.

“Trump doesn’t have anything on him,” she declared. “He comes after everyone and not everyone does a great job of handling it. And Bernie, he just kind of, like, can’t f–k with. He doesn’t know how."

Moore agreed, joking that it had to do with one of them being from Queens and the other from Brooklyn.

Later in the interview, the star told Moore that she doesn’t believe the narrative being pushed by her generation that all Trump supporters are stupid. Instead, she believes that disgruntled voters simply reacted to a lack of change in the United States.

“I don’t really believe that anyone is stupid," she said. "I think that you have a country where you are offered an extreme and then a ‘let’s keep things the same.’ And when things haven’t been going well for a really long time and there isn’t really a lot of hope, you go for the alternative. You say, ‘I don’t want to keep things the same.’ And when the left doesn’t provide a different alternative, then, of course, people are going to head for the right.”