Over the weekend Kim Kardashian and Kanye West’s youngest daughter Chicago West celebrated her fourth birthday, and in true Kardashian-Jenner fashion the whole family took to Instagram to post birthday tributes to the four-year-old. However, there was one post of the lot that stood out to fans, who think that Kris Jenner may have posted an unedited picture by mistake before quickly deleting it.

The post which showed Kris along with Kim holding Chicago appeared on her Instagram on the four-year-old’s birthday (15 January), along with a lengthy caption:

The image then quickly appeared on a Reddit thread where fans seemed pretty surprised that Kris posted it, since it appeared to be unedited. “I’m surprised KJ got away with posting this (seemingly) unfiltered pic 👀 they both still look great tho [sic],” the fan who posted the picture wrote. 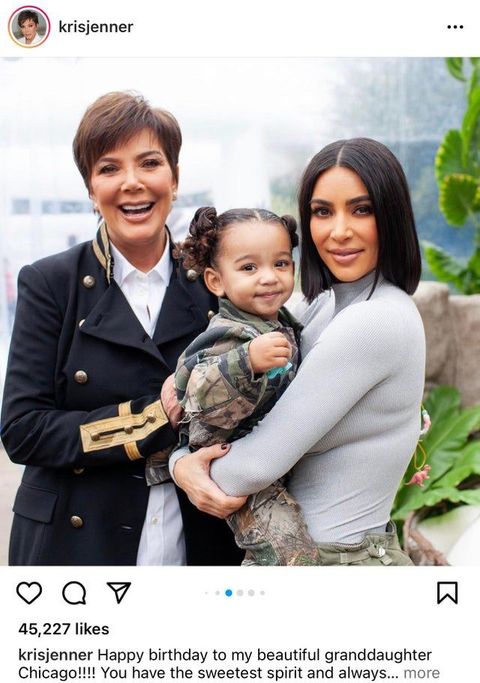 But just as soon as fans were discussing the post online it was deleted from Kris’s account, and replaced with a different series of pictures along with the same caption.

“She reposted the birthday post without that pic lol,” one person wrote, and another said, “Omg she took this down! It’s not posted anymore.”

Meanwhile on Instagram fans also spotted that the picture had vanished, with one person asking, “Did she post and delete???” and another commenting, “She deleted the picture with Kim 🤨.”

What a dramatic birthday Chi is having!