Fans of ITV’s This Morning show have called for hosts Holly Willoughby and Phillip Schofield to be replaced by understudies Ruth Langsford and Rylan Clark.

After Ms Langsford and Clark’s week-long stint, viewers described the regular presenters as being ‘well past their sell-by date’.

It comes as Miss Willoughby and Schofield launch a publicity blitz to raise awareness of their return to the show tomorrow after they took the summer off. Their stand-ins were so popular that now pressure has been put on ITV to get rid of them and hire their replacements.

One viewer wrote: ‘Ruth & Rylan were my favourite couple over the summer break, then Vernon & Josie as he teased her so much. Get rid of Holly & Phil who are boring!!!’ 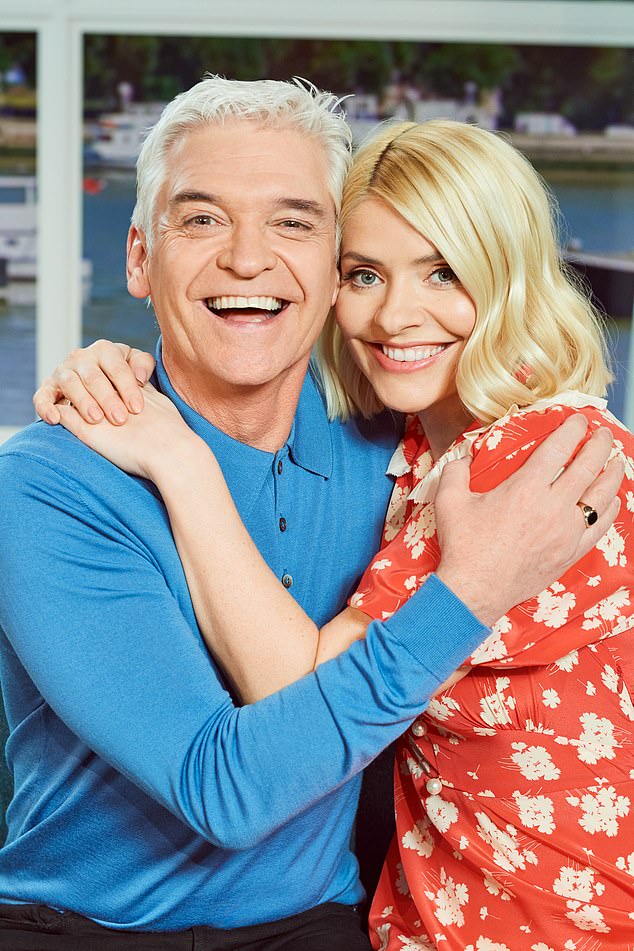 Their dip in popularity comes three years after Schofield cut Ms Langsford off mid-sentence while she was presenting another ITV programme, Loose Women.

It led to a fall-out between Schofield and Ms Langsford’s husband, Eamonn Holmes. There were also rumours that Schofield, 60, and Clark, 33, have not always seen eye to eye in the past. A source close to the show said: ‘You do have to wonder what Holly and Phil made of Ruth and Rylan’s popularity. The viewing figures were great, as was the social media interaction, which is important to ITV.

‘People around the building are laughing at the irony of Ruth being more popular than Phil, especially after the history between them, and more so Eamonn.’

Miss Willoughby, 41, and Schofield released an interview conducted by ITV in a bid to raise their profiles before returning to This Morning. The pair talked about being able to hug each other again following the lifting of Covid restrictions.

In 2020, ITV axed Ms Langsford and Holmes, both 62, from This Morning, where they hosted the Friday programme and were also holiday cover for Miss Willoughby and Schofield. Holmes went on to present a show on GB News.