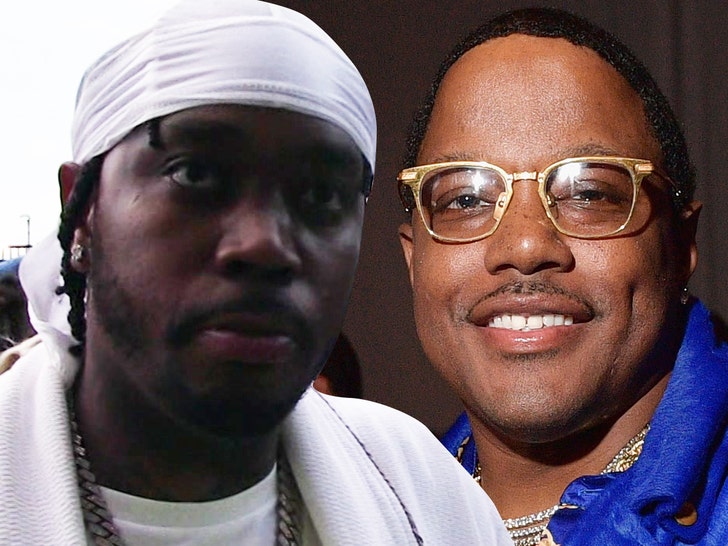 Unlike Frank Sinatra, Fivio Foreign‘s got regrets, and it sounds like he wants to mention this particular one — about his entry into the rap game — to a lawyer.

The Brooklyn rapper was on the “Million Dollarz Worth of Game” podcast when he talked about signing his first contract with former Bad Boy Records star Ma$e in the late 2010s. No, Fivio never says the word “tricked” while breaking it down for Gillie Da Kid and Wallo267 — but it’s clear he’s pissed about his paltry $5k signing bonus.

Rappers have grown accustomed to big budgets these days and Fivio’s early beginnings sound similar to several other young musicians’ come-up stories: naive about the biz, but eager to start their careers.

Fivio claims Ma$e pretended to point out specifics in the fine print of his contract to get him to sign right away. Again, he doesn’t use the phrase “snake oil salesman,” but there’s a strong insinuation.

He also says the manager who introduced him to Ma$e pressured him to sign on the spot without consulting a lawyer first.

The final hint of Fivio’s regret came when he revealed Ma$e had failed to get him a G Herbo collaboration after all this time, but he finally got one in the works — off the strength of his own name.

That MDWG interview wasn’t the only shot Ma$e’s had to eat — Diddy’s mom recently interrupted a Bad Boy roll call on her son’s live stream to give stern warnings to the Harlem World rapper.

Fivio’s debut album dropped in May and reached No. 8 on Billboard, and while he admits Ma$e knows the business … he’s definitely not giving him any credit for his breakthrough record.