Fixer told woman accused of screaming rape to shut up 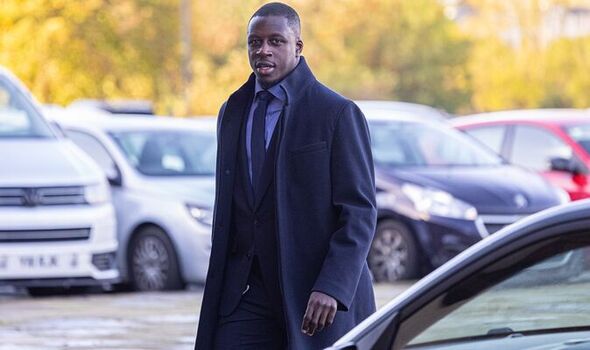 The 28-year-old is on trial with co-defendant Louis Saha Matturie, 41, who the prosecution described as the player’s “fixer”. They are accused of rape attempted rape and sexual assault and have denied all charges during the trial at Manchester Crown Court.

A complainant, known as Woman 12, alleged she was sexually assaulted by Mr Matturie in Sheffield in 2016. He denies this.

She also attended parties where he was present – and described a party where a woman was claiming she’d been raped and “screaming her head off”.

The court heard he told her to “shut up.” Woman 12 said: “He was shouting at her ‘shut up, shut up,’ the police were banging on the door.”

Officers had attended the party, the court heard, as it happened during lockdown.

During a different party at the same flat in Salford, she alleged Raheem Sterling called her “fat”.

She said she hadn’t contacted Mr Matturie via the Snapchat platform since 2016, when the alleged incident took place.

But jurors were shown a message screenshot he sent her including the postcode of the Salford flat, and listened to a voice note message she sent him in 2021.

“Sometimes we forget things, we’re only human”, she told the court.

The allegations are said to have taken place at his home between October 2018 and August 2021, relating to six women.