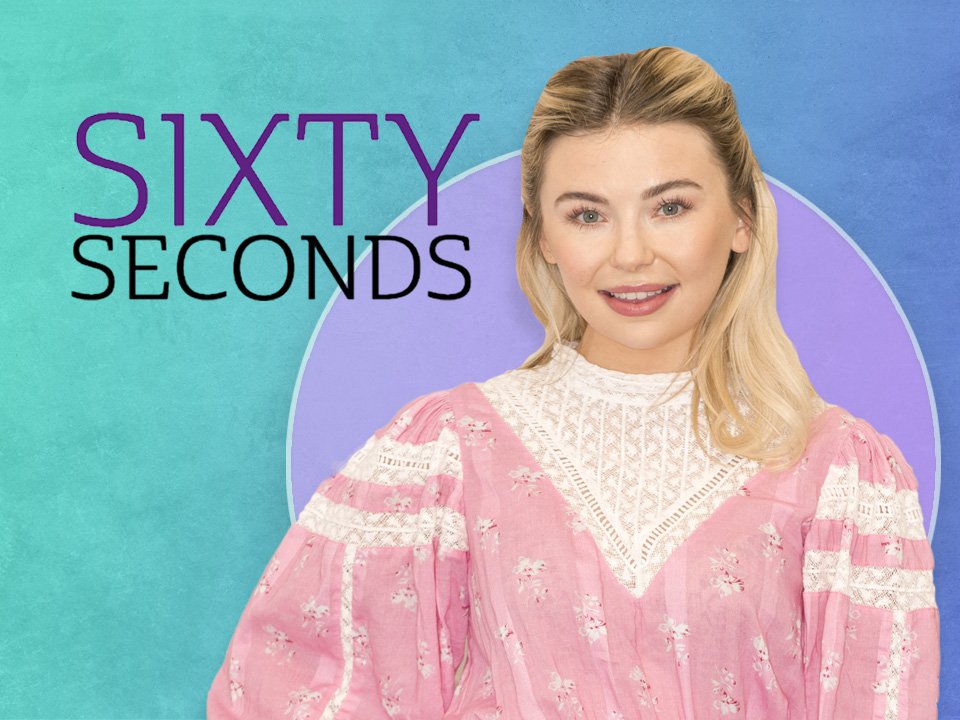 You’ve just written your latest Mills & Boon novel. How did this come about?

It’s me being a hustler and begging. I went to a friend’s book launch and she pointed to the head of Mills & Boon, thinking I was too young to know what it was. I said, ‘Are you joking? I’m the biggest fan.’ So I accosted her with a glass of champagne. On the spot, we had an idea to try and open up the Mills & Boon brand to younger people, and I think it’s a winning formula. The trope of two people falling in love — who doesn’t love that?

What’s Meet Me In Tahiti about?

In every book I concentrate on another girl in a friendship group who all grew up on the Devon coast, like me. So there are bits of my life in all of them. This one is set in Tahiti and my heroine is a wonderful travel writer in a wheelchair. I teamed up with Whizz-Kidz [a charity for wheelchair users] and without them it wouldn’t have happened. It’s hopelessly romantic with a light dusting of bonking.

How do you find writing sex scenes?

Excruciatingly painful! I don’t want it to be a cringe but, at the same time, I want to celebrate love in all of its forms so it would be rude of me not to have a little sex scene. Mine aren’t vanilla but it’s not X-rated. I grew up reading Jilly Cooper, who writes so wonderfully. It’s an art I’m learning and it makes you giggle.

Have you met Jilly Cooper?

I haven’t but I was at Cheltenham races with my mum four or five years ago and I looked up in one of the boxes and she was standing there. For some reason, she must have seen me staring at her agog and I waved at her and she waved back. It was the best thing that ever happened to me.

Yes! She’s amazing and Fawlty Towers was based on a hotel in Torquay. And my fourth book, which is coming out next year, is based down in Devon. I hope that it’ll be a really wonderful end to the whole series.

What changed your life more, Made In Chelsea, or I’m A Celebrity?

I’ll be forever grateful to both of those shows. I wouldn’t have been in the jungle without Chelsea. However, we can’t deny the jungle is the big gamechanger. You’d be mad to turn it down. In the jungle you’re all equal and stripped back. I learnt so much about myself.

And you made a great mate in Stanley Johnson…

Oh, my darling Stan. I’m really missing him. We FaceTime every week and he emails and WhatsApps. Thank God, because we are actually best buds and we’ve done so many things together. Hopefully, our next little jaunt will be Toff and Stan on the road going to see mountain gorillas.

Why do you get on so well?

I’ve always liked the company of older people with all their life experience. We have exactly the same sense of humour and, politically, I love a debate. I’ve never had such brilliant debates with anyone where we disagree so much. That’s a really important part of a friendship, for me, where you can sculpt your political views based on people who disagree with you. But probably the reason why we get on best is because we love a really long lunch and lots of wine.

Do you have quite a few political mates? Like Nigel Farage?

Loads of people I see out and about, and I get frustrated because apparently, you can’t be young and blonde with a few hair extensions, and bump into a politician in a restaurant and want to actively go over and say hello and say ‘I don’t agree with you’ or ‘what you did was fab’. If I were a middle-aged, white middle-class man, it wouldn’t be a focal point of interest.

My favourite Twitter friend is [deputy Labour leader] Angela Rayner. We might be on different ends of the political spectrum but, of course [sarcastically], I couldn’t have a friend who’s left-wing…

A little bit, yes. I’m so excited that she’s having another baby. It’s very sweet and I think it’s cool that she’s active. All I would say is, when Mrs May was in Number 10, was Philip May front page of the newspapers like Carrie is? And I wonder whether it is because of her gender.

Do you have any political ambitions?

It’s definitely not part of my plan for at least the next ten years. Do I see myself using my platform to try and make a positive change for young people? Yes. If that is defined as politics, then yes.

What about other reality shows? Maybe MasterChef?

I’d love to do it but I’m so competitive I’d need to win it. I need to spend the next two years practising.

How to get your Metro newspaper fix

Metro newspaper is still available for you to pick up every weekday morning or you can download our app for all your favourite news, features, puzzles… and the exclusive evening edition!