Getting back into the swing of things. Granger Smith returned to the stage two weeks after the death of his 3-year-old son, River.

The “Merica” crooner, 39, performed for fans at the County LakeShake Festival in Chicago on Sunday, June 23, two days after drawing a big crowds at the Westland Mall in West Burlington, Iowa, on Friday, June 21.

During his performance, the musician debuted a brand new piece of ink for his late child with his name tattooed across his forearm. 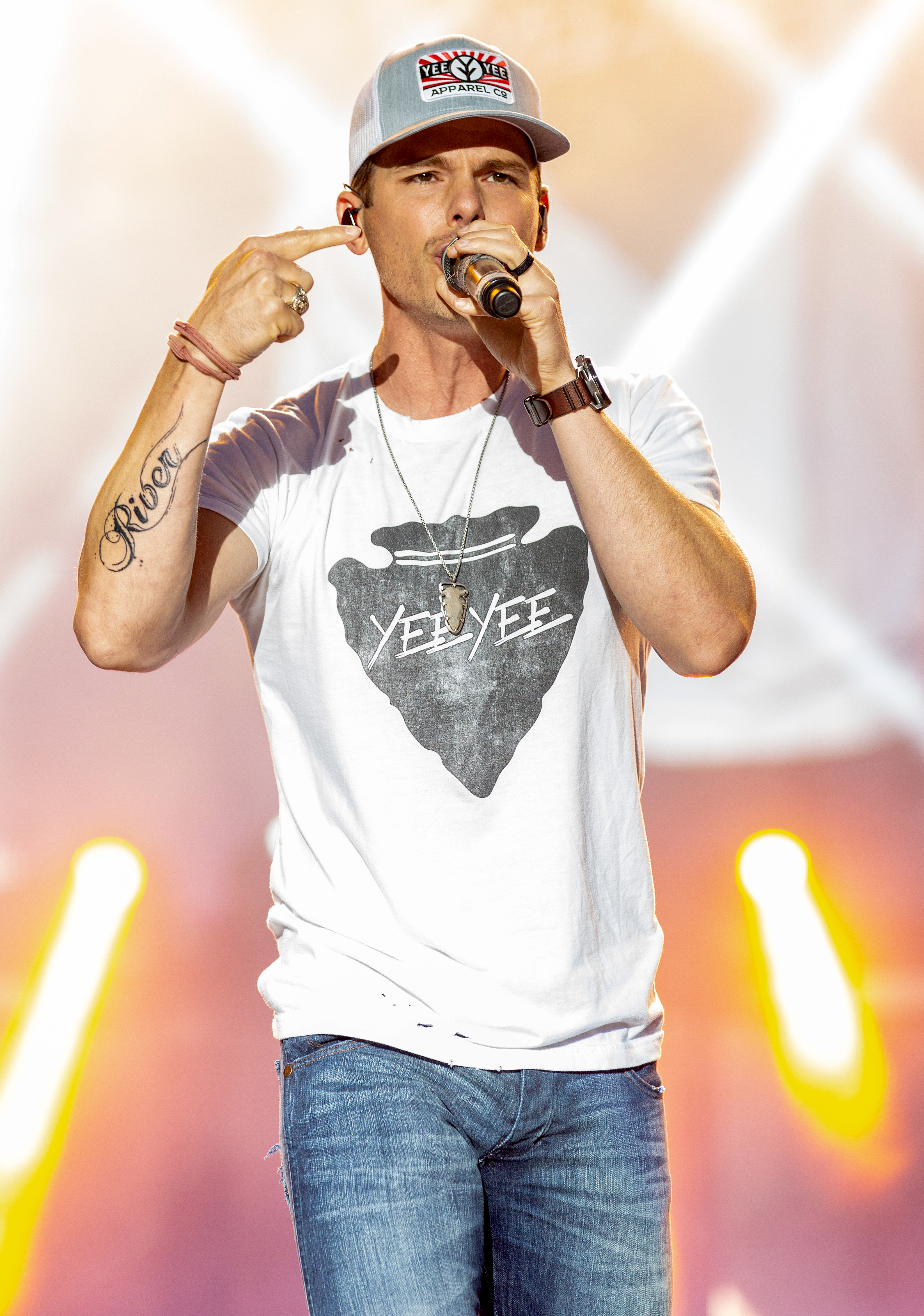 Smith announced his plans to go on the road in a YouTube video posted on Wednesday, June 19, sans any scheduled meet and greets. “I’m still going to do music,” he said in the clip. “In fact, I’m going to go back on tour next week, and I’m going to bring them [wife Amber Smith, daughter London, 7, and son Lincoln, 5] with me.”

As the BMI country award winner explained, music has always been “healing” for him in times of despair and the the place he’s “always turned to.”

Still, things haven’t been easy for the Smith family. Amber, 37, admitted she’s been struggling in the wake of the family’s tragedy via Instagram on Sunday. “Getting back on the road and back into daily life without River has not been easy in the slightest,” she captioned a photo of the couple’s children London and Lincoln at the Chicago Field Museum. “Every single thing reminds me of him, and all I can think about is how he would love exploring and seeing all that we are seeing. I see his name everywhere, I see little red-headed toddlers everywhere. I miss his silly personality and his bright light. I see his face in our other kiddos.”

She added: “I have this pit in my stomach constantly, because I’m trying to make life as normal as possible for our other 2 incredible kiddos, London and Lincoln, while hurting so bad inside. I look around at everyone else and wonder if anyone is going through something like we are. Dumb little things don’t matter anymore. My family does. My faith does. We’ve got this, because God’s got us. Thank you all for your continued support, prayers and love. It really does help us so much. #livelikeriv.”

River Smith died at the age of 3 earlier this month. “It was a tragic drowning at home,” Granger’s rep said in a statement to Us Weekly at the time.

The country singer announced the tragic news on Instagram on June 6. “Following a tragic accident, and despite doctor’s best efforts, he was unable to be revived,” he wrote. “Amber and I made the decision to say our last goodbyes and donate his organs so that other children will be given a second chance at life. Our family is devastated and heartbroken, but we take solace in knowing he is with his Heavenly Father.”

Granger gave fans an update on Instagram on June 19, noting that the tragedy has made his family stronger. “[Death] can weaken, terrify and separate those close to it. But it can also awaken us,” he wrote. “It can remind us never to take a moment with those we love for granted. In my house, we have united stronger and closer than we’ve ever been. We’ve cried. We’ve smiled. I’ve held my family tight. I’ve found strength from God and used that in the face of adversity so that my wife and children can rely on me.”