Gwyneth Paltrow skips long DMV line, more proof stars are nothing like us

From having the means to purchase a $15 million empty lot to being the subject of an AP exam question, join Wonderwall.com as we take a look at all the ways in which celebrities are nothing like us, May 2021 edition! First up? Gwyneth Paltrow, whose star power allowed her to skip the line while running one of the most dreaded errands ever — enduring a long wait at the DMV. On May 3, DailyMail.com reported, the actress and Goop founder was seen arriving at a California Department of Motor Vehicles office in Los Angeles with her bodyguard, where she was brought through a back-door entrance, bypassing a line of approximately 50 Angelenos! It was a huge perk considering that standing in line to be seen can take several hours, especially during the COVID-19 pandemic. Gwyneth, however? Well, the A-lister was in and out in about just 30 minutes. Seriously, we can’t even imagine. Keep reading for more…

RELATED: Celebs who are expecting babies

You know you’ve made it when… you inspire a question on a national high school exam! In May 2021, Taylor Swift was featured in a question that was on the 2021 AP U.S. Government and Politics exam for high school students. The question apparently focused on the “folklore” singer-songwriter’s political Instagram post from 2018 in which she urged Swifties to vote for Democrat Phil Bredesen (over Republican Marsha Blackburn) in the race for Tennessee Senate. “I opened the free response questions, and the first question was about Taylor Swift, and I was just laughing,” high school student Alyssa Brown told CNN, as reported by People magazine. “I thought it was pretty cool.”

RELATED: Taylor Swift makes history at the Brit Awards and more of her biggest career moments

This beauty mogul has expanded her real estate portfolio again! On May 5, Daily Mail reported that Kylie Jenner had purchased an empty five-acre lot in Los Angeles’s Hidden Hills neighborhood on which she plans to build a mansion to be near momager Kris Jenner and sister Khloe Kardashian’s under-construction homes. The price? A casual $15 million. According to Variety, the reality TV star and Kylie Cosmetics mogul plans to erect an 18,000-square-foot mega-mansion on the lot. Kylie purchased the land not even two weeks after moving into her $36.5 million Holmby Hills estate. Speaking of Kris and Khloe…

RELATED: Celebrities at the beach in 2021

On May 5, E! News reported that Khloe Kardashian and Kris Jenner had dropped a combined $37 million for their neighboring mansions in the elite Los Angeles neighborhood of Hidden Hills. The reality stars reportedly purchased their properties on the same day, Dec. 11, 2020 — Kris’s was $20 million, while Khloe’s was $17 million. According to Dirt.com, both mansions are currently under construction and their combined square footage is 26,000.

Only a celebrity would have to contemplate whether or not they’d want to have a TV wedding! In May 2021, Paris Hilton revealed that she’ll be starring on a new Peacock docuseries about her upcoming wedding. Her fiancé, Carter Reum, however, would rather not be featured in the 13-episode project. “No, I’m still trying to convince him,” the former “Simple Life” star told “Extra.” “He doesn’t like the camera. He doesn’t do red carpets, doesn’t do interviews. He’s so focused on his business, and I love that about him. And you don’t know if they want him for you or attention and it’s not like that with him at all, so it’s different from any relationship, and I like that he shies away from that.” This is one dilemma we can’t relate to!

On May 16, Kim Kardashian showed her 222 million Instagram followers what she won at an auction — Janet Jackson’s outfit from her 1993 “If” music video. “Happy Birthday Queen!” Kim wrote on Instagram alongside a clip of the singer wearing the legendary outfit. “For @janetjackson’s bday bc I’m such a fan I can’t believe I won this on @juliens_auctions.” The “Someone to Call My Lover” pop star responded to the SKIMS founder via Instagram as well. “Thank u so much @kimkardashian!” Janet wrote. “I hope ‘IF’ gives u as much pleasure as it did me.” A few days earlier, Julien’s Auctions tweeted that Janet’s iconic outfit had been purchased for an impressive $25,000. “Thank you and congratulations to @kimkardashian for her win of @janetjackson’s ‘If’ music video worn ensemble in our ‘Iconic Treasures from the Legendary Career and Life of Janet Jackson’ auction at http://juliensauctions.com,” the company tweeted after Kim revealed herself as the buyer.

On May 6, People magazine revealed that Drake was releasing four scented candles in partnership with Postmates over Mother’s Day weekend. The Canadian rapper teamed up with the food delivery service app in an effort to promote the latest drop from his Better World Fragrance House. However, in order to receive one of his four candles — Sweeter Tings, Williamsburg Sleepover, Muskoka and Good Thoughts — for free, fans had to spend a minimum of $50 at one of the “God’s Plan” hitmaker’s favorite restaurants in Los Angeles or New York City, which included pricey L.A. hotspots Nice Guy, Craig’s, BOA Steakhouse, Katana, TAO, Blue Ribbon Sushi, Nobu LA, and Nobu Malibu and expensive NYC restaurants STK Downtown, STK Midtown, Tao Uptown, Tao Midtown, Lavo, Nobu Fifty Seven and Nobu Downtown. A few days later on May 9, the candles became available for purchase — for $48 a pop — on the Better World Fragrance House website.

Although it’s been a year and a half since Channing Tatum and Jenna Dewan finalized their divorce, there’s still one matter that remains unsettled — and it’s not what the typical divorced couple fights over. These stars are at odds over how to split the profits from the “Magic Mike” franchise, which includes movies, live shows and an upcoming reality show. According to TMZ, exes — who ended their marriage in 2018 after nine years of marriage — are heading to court to ask a judge to determine who gets what percentage of the profits. While Channing starred in the lucrative film series, which kicked off in 2012, and has been the face of the brand as it expanded to live performances, TMZ reports that Jenna helped him find a choreographer for the live “Magic Mike” shows and moved to London to support their family when he was in production.

It’s already a pretty well-known fact that Kim Kardashian dresses her kids — North, Chicago, Saint and Psalm West — in the finest of designer clothes. On May 14, the “Keeping Up With the Kardashians” star took to Instagram to share three adorable photos of son Saint that showcased his very expensive latest look: a patchwork bandana denim jacket, cargo pants, slides and a New York Yankees baseball cap. “Freshest Kid alert 🚨,” she captioned the pics. The slides Saint rocked were designed by his dad, Kanye West, and retail for $240. Saint’s jacket, which is from the brand Kapital, reportedly retails for $500. Sheesh.

Wish we could afford a house like that after a breakup! On May 20, Page Six reported that Channing Tatum had acquired a post-divorce home following the end of his marriage to Jenna Dewan in 2018 — a secluded and rustic 3,300-square-foot property in Los Angeles’s Mandeville Canyon — for a cool $5.6 million in an off-market deal. He purchased the three-bedroom, three-bathroom wood, brick and stone farmhouse — which comes with a guest house, a lagoon-style pool, a spa, a sports court and meandering paths for hiking — fully furnished.

An ideal situation for an up-and-coming designer? To have one of the world’s most famous celebrities sport your clothes on social media. On April 28, Kim Kardashian took to Instagram to post a sultry bikini pic with La La Anthony in which she’s wearing the $138 Odette Bikini from the Australian brand Ooh the Label, which was founded by 21-year-old Olivia Haidenbauer just six months prior. After Kim posted the photo, Olivia’s brand became majorly successful, which came as a shock to the Aussie. “It is just so crazy. I put all of my savings into this. I couldn’t sleep for a few night after she posted,” Olivia told The Daily Telegraph. “I looked at my phone and there were all of these sales coming through.” As a result, Olivia has since been invited to Los Angeles fashion week! Only Kim could wear a bikini and have everyone flock to buy it! 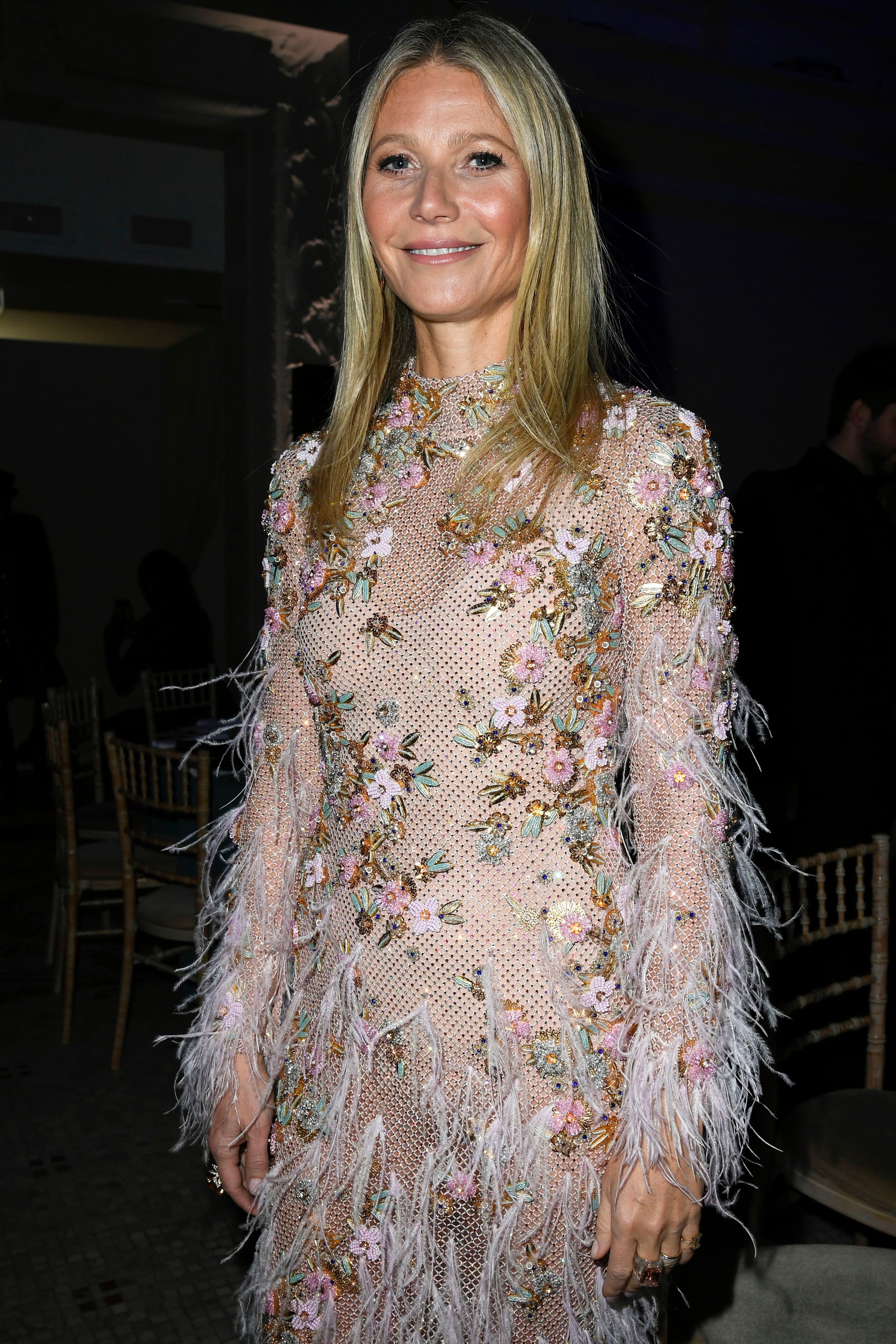 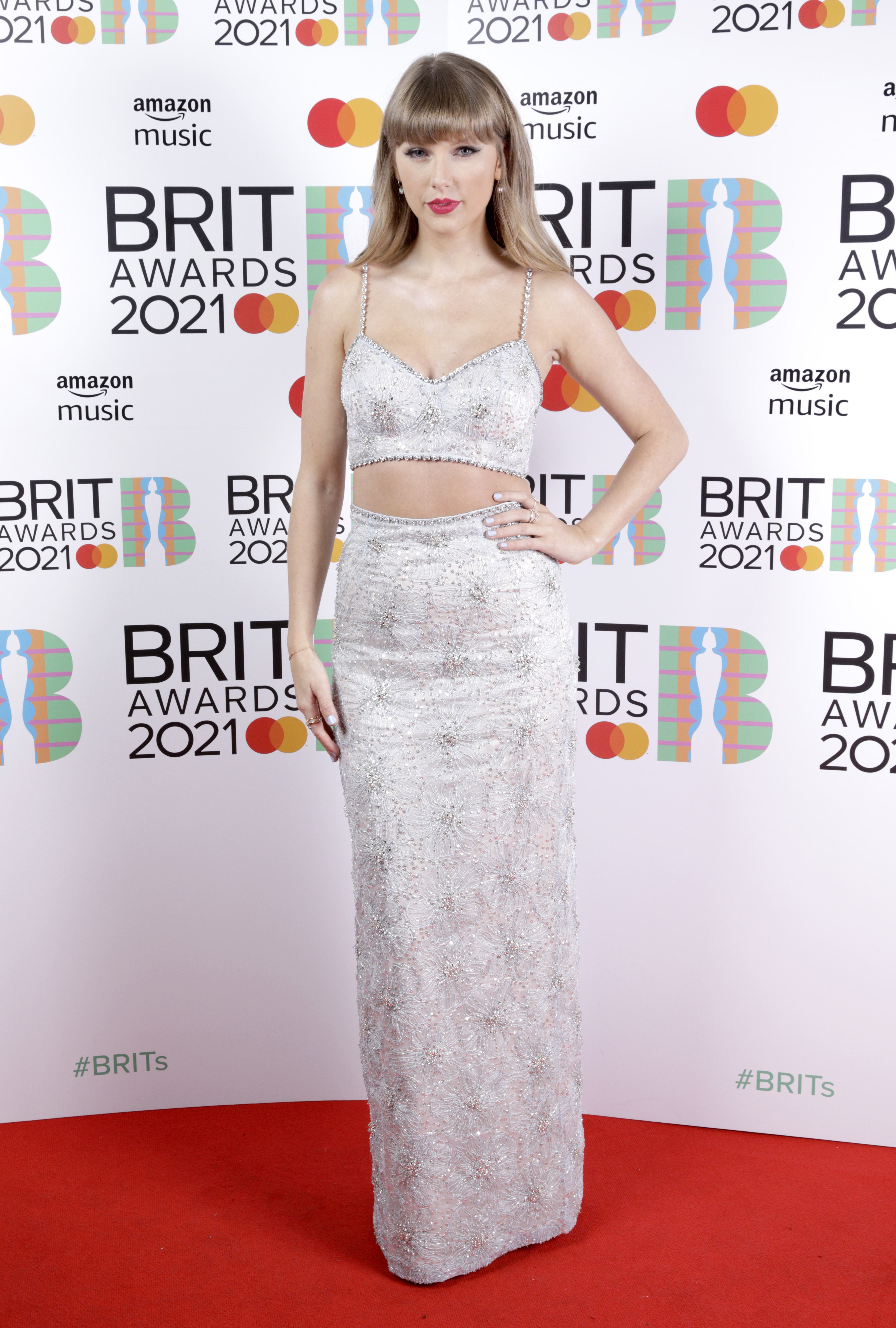 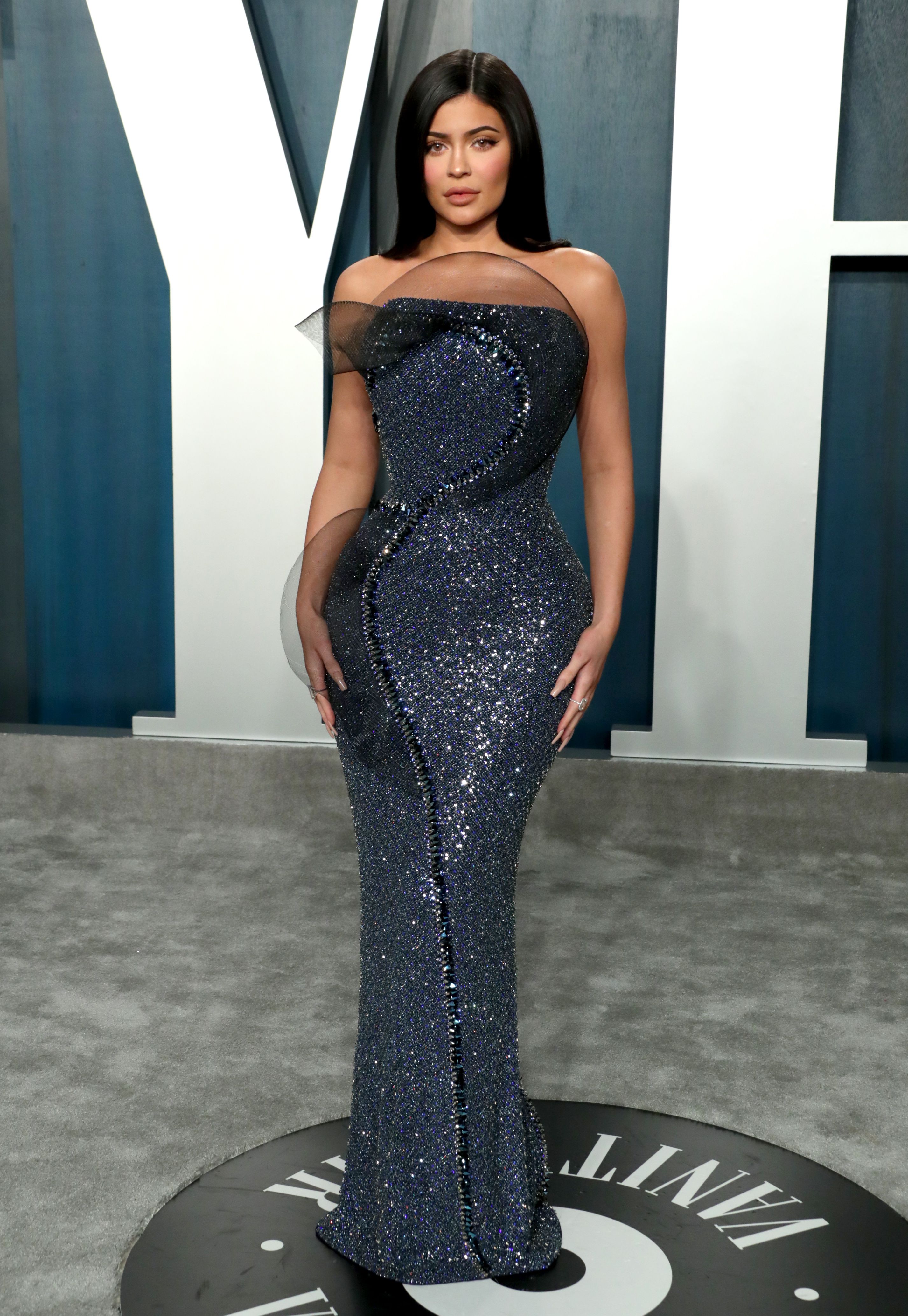 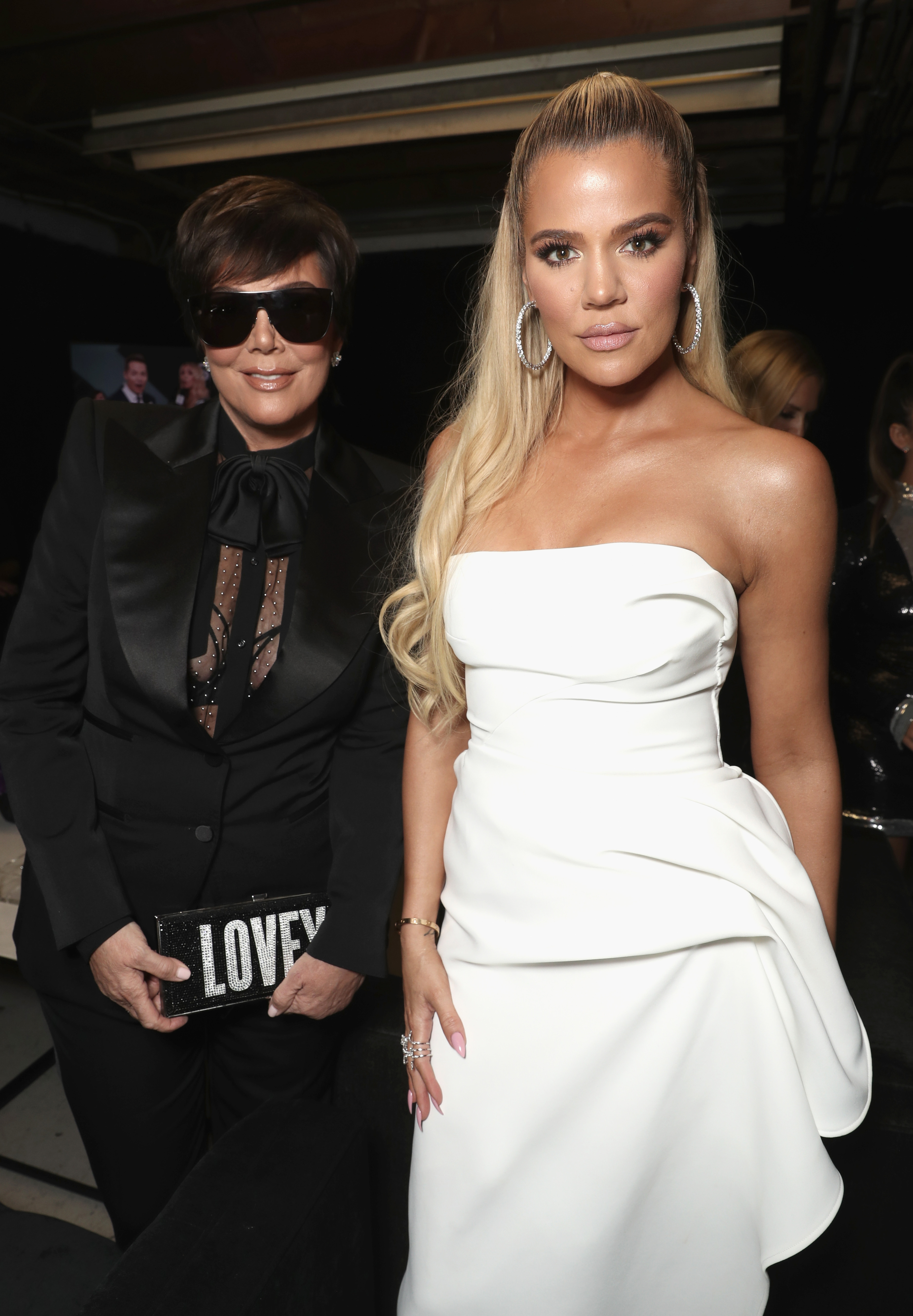 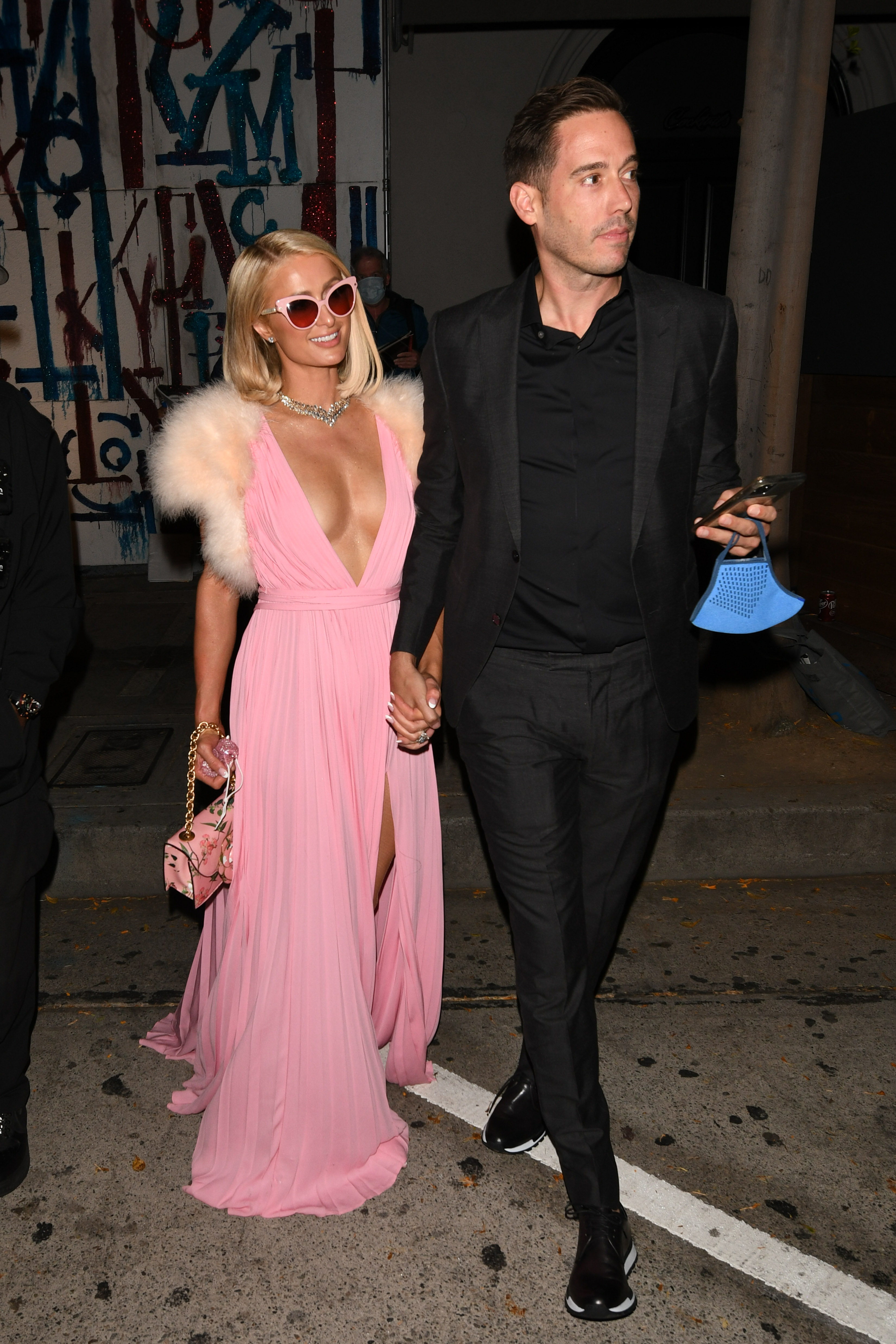 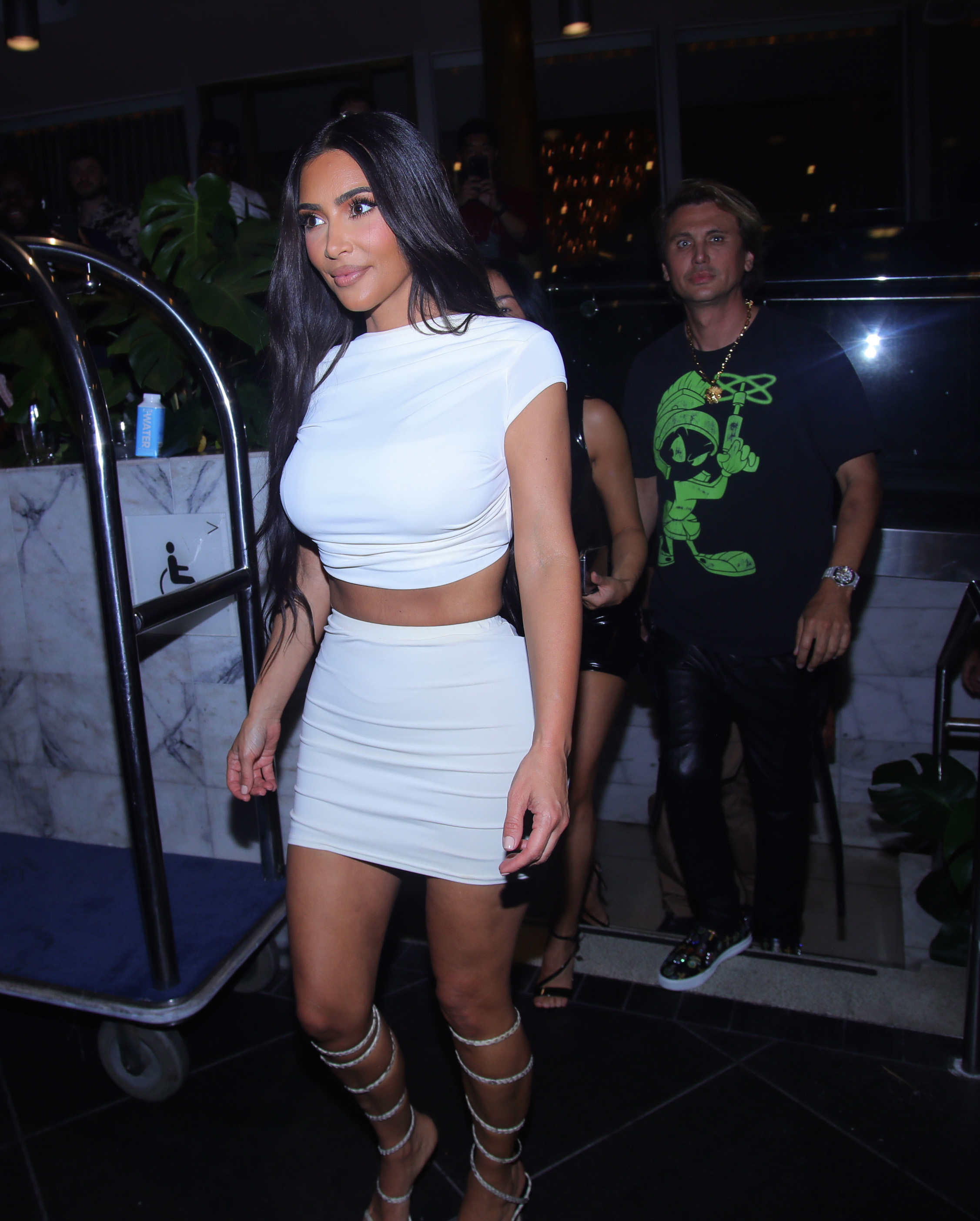 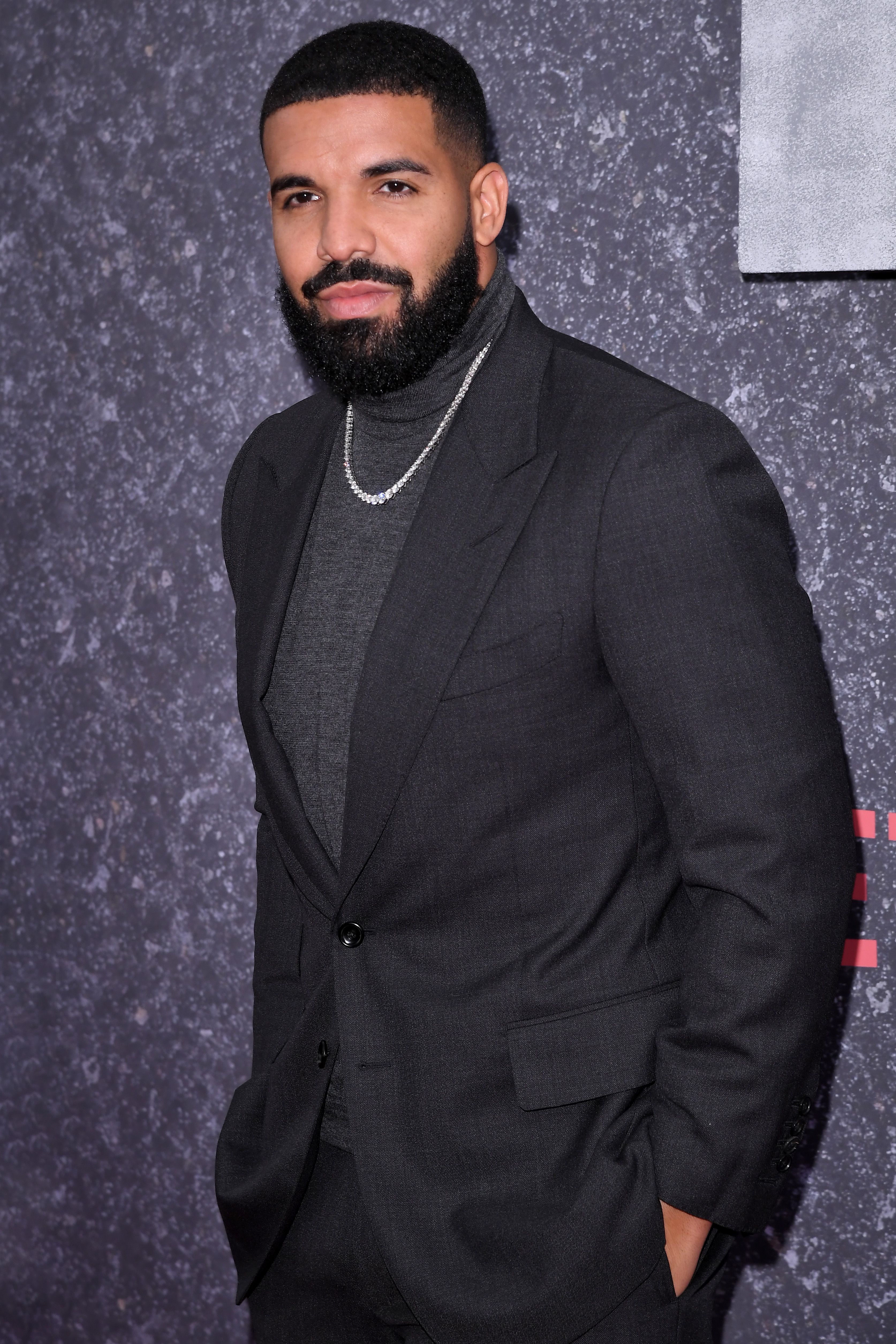 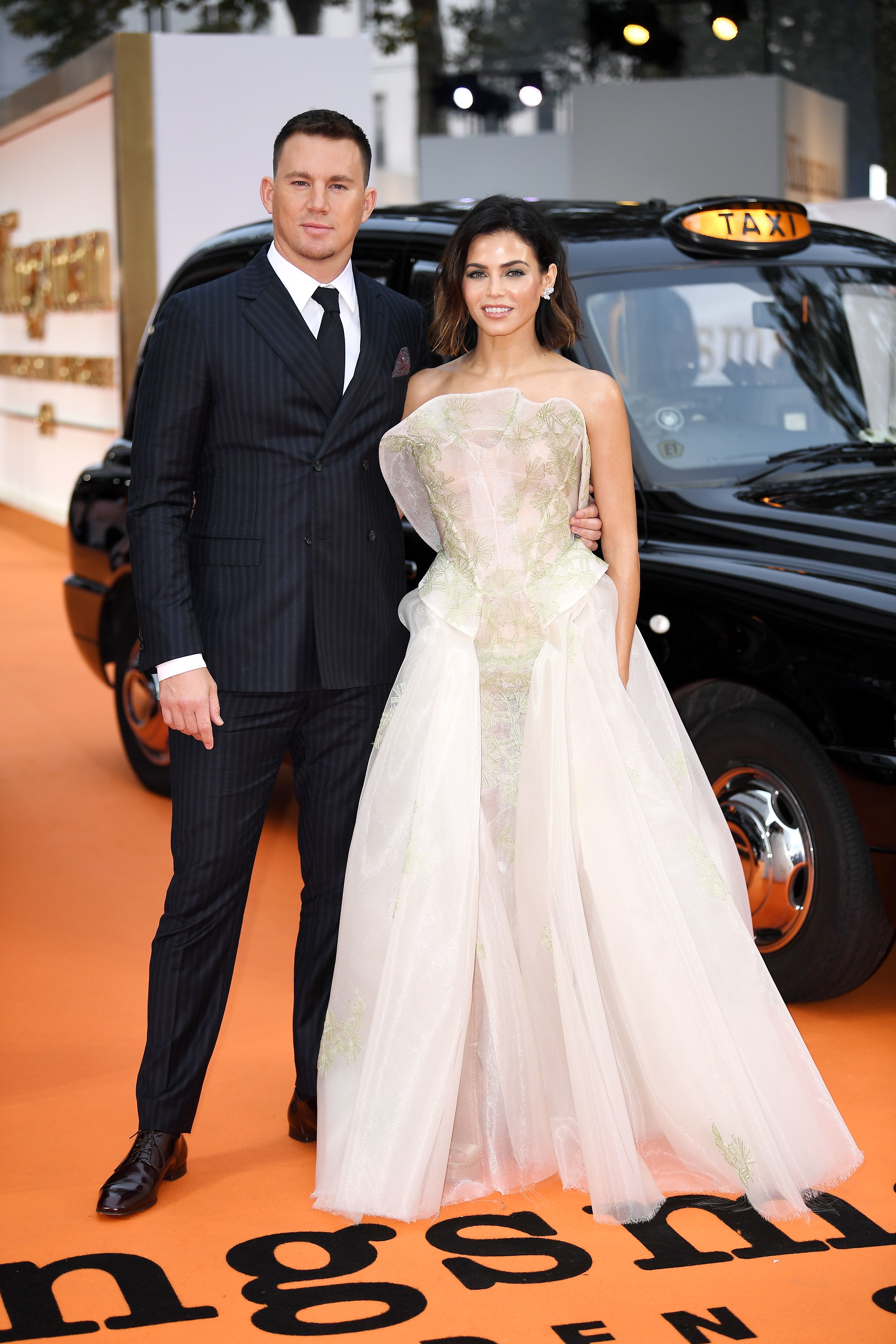 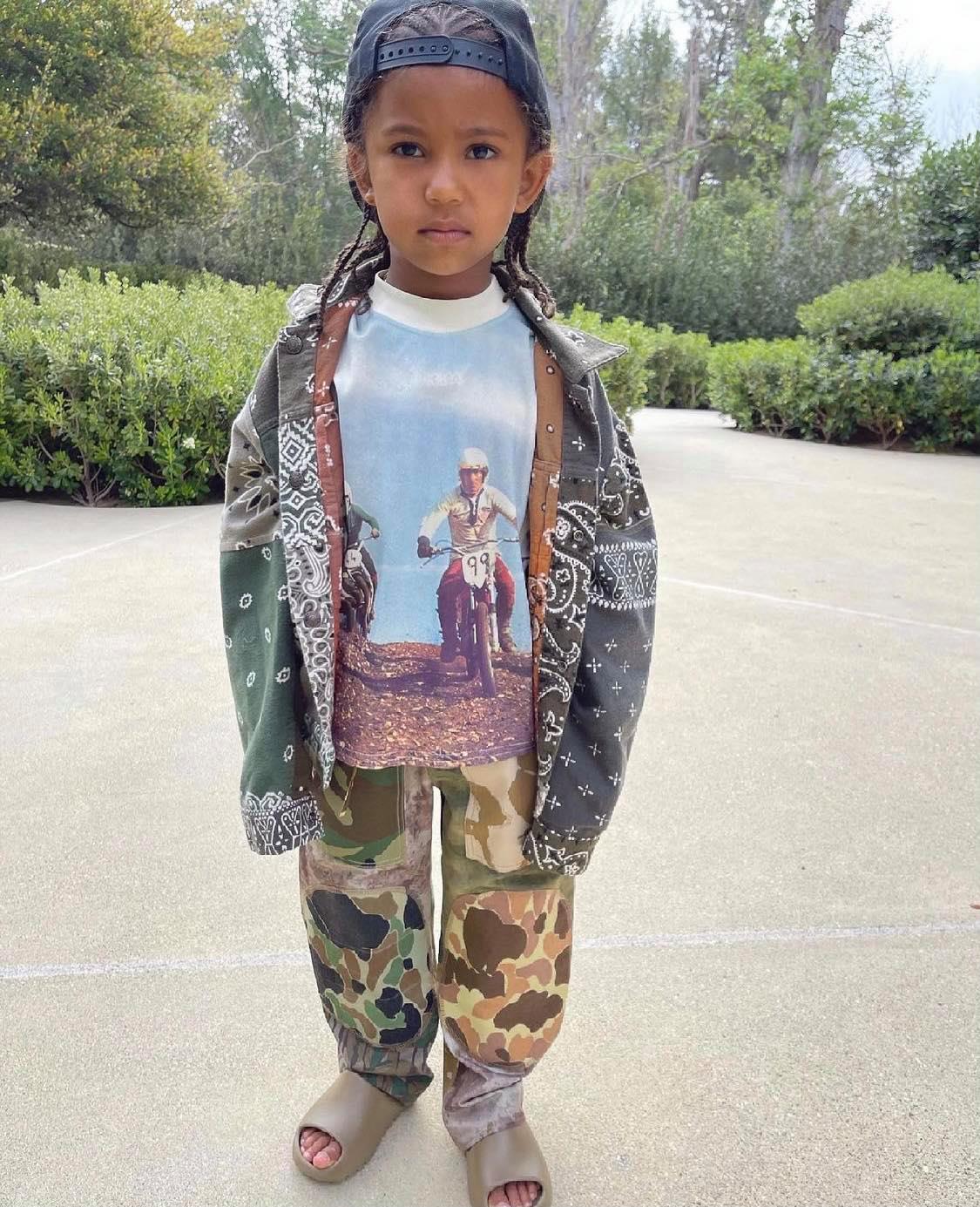 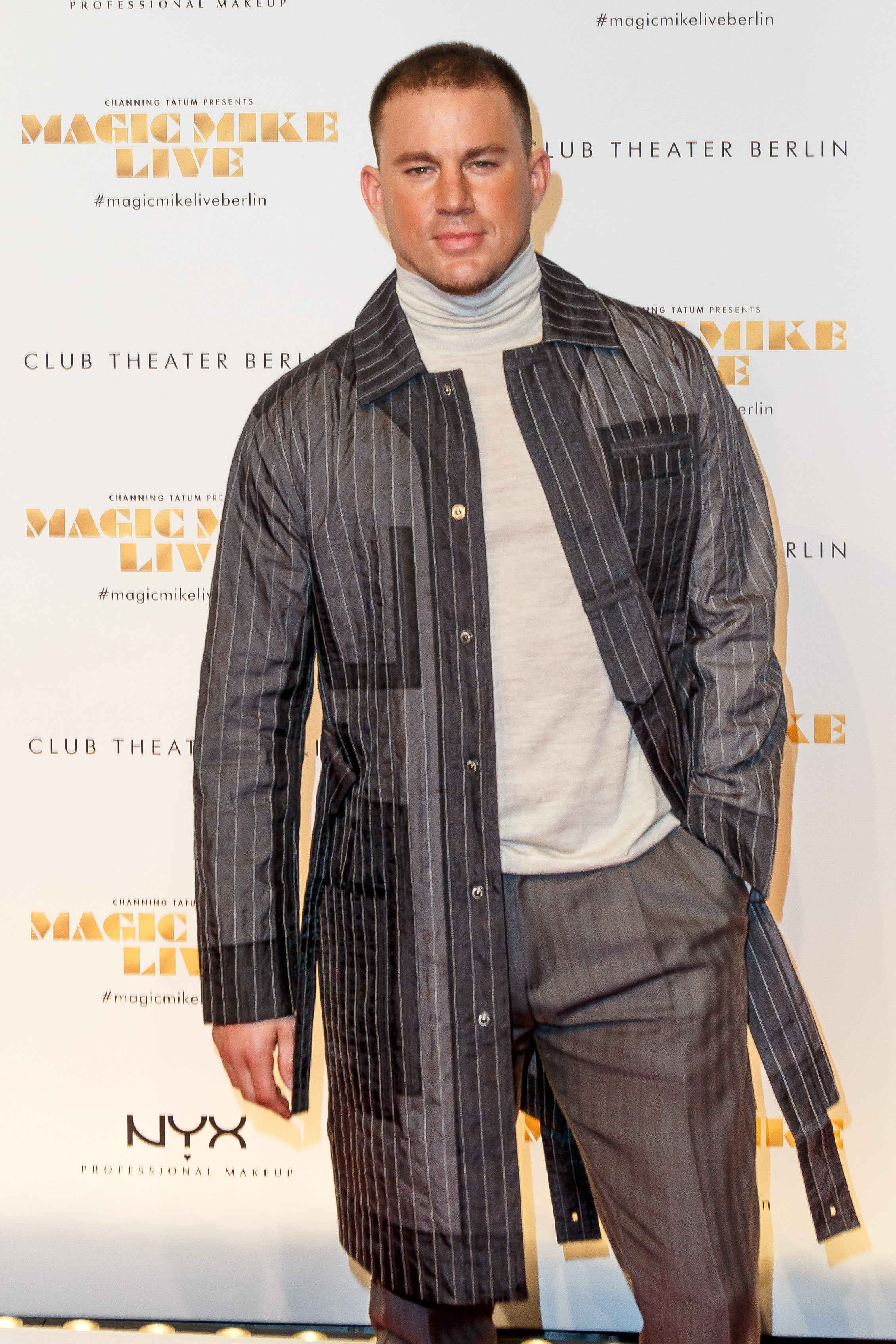 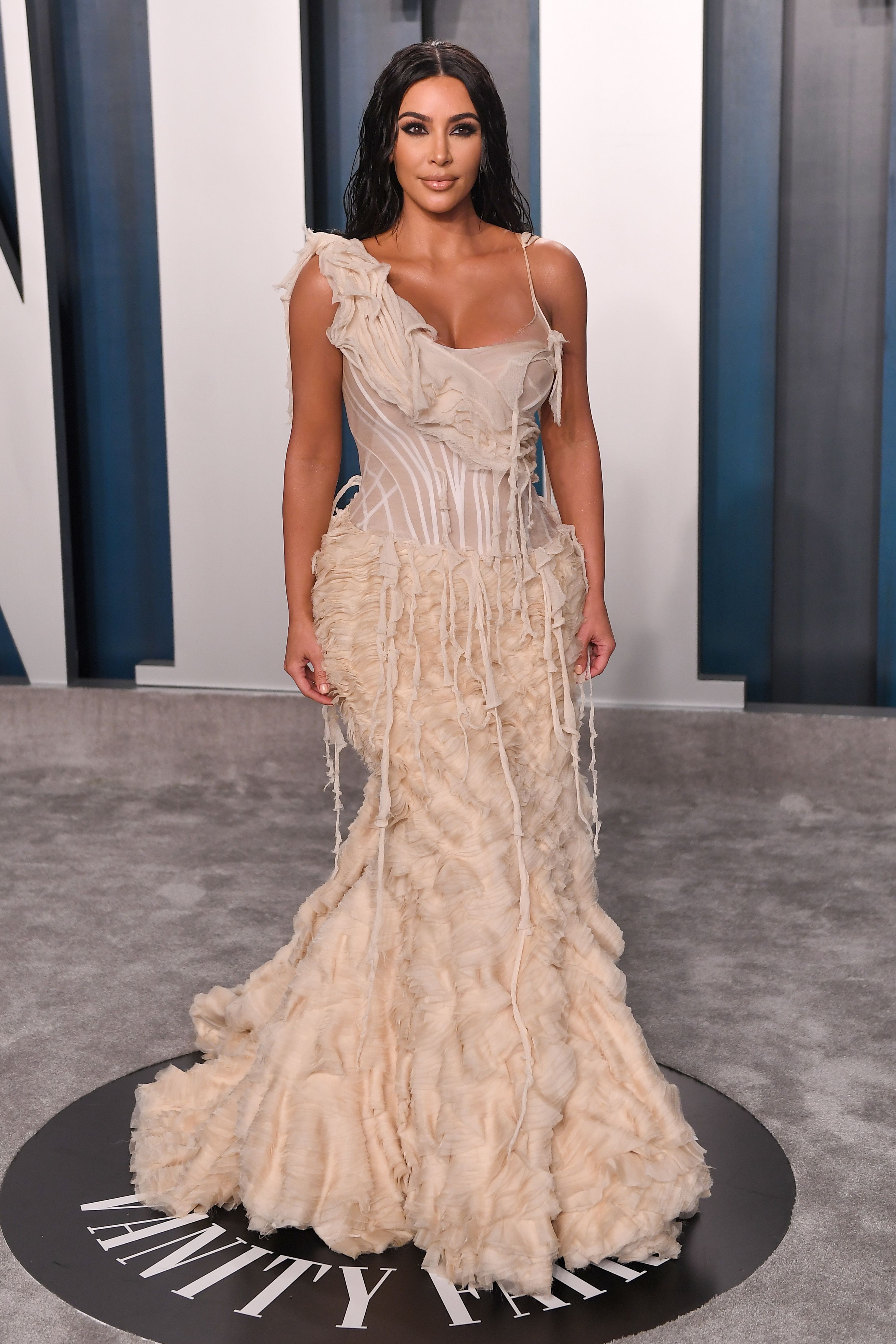 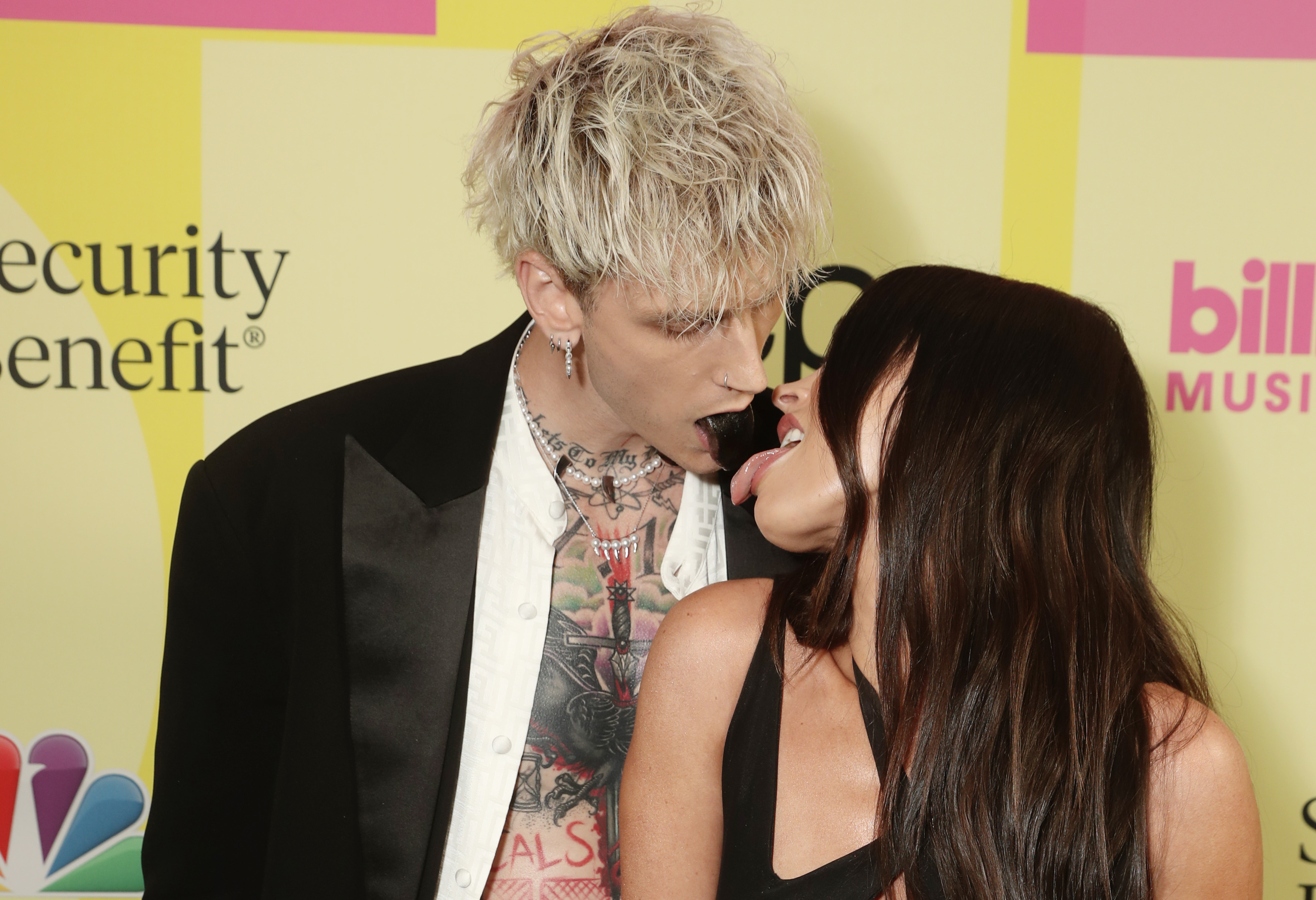