Halle Berrys Hollywood: Why its proven a bruised experience 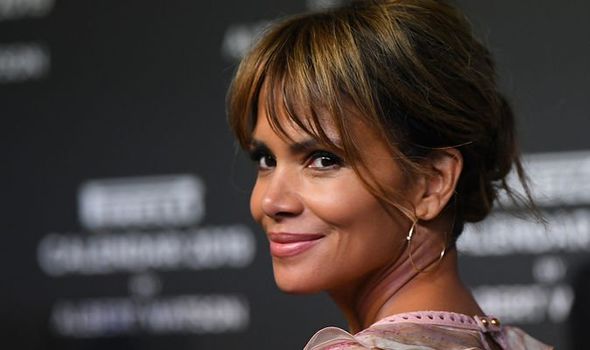 A vicious knee to the chest broke two ribs and sent Halle Berry to the floor screaming in agony. As she shot the big fight scene for her new movie, Bruised, it was clear the film was more than living up to its title.

She had previously broken three different ribs filming action-adventure John Wick: Chapter 3 opposite Keanu Reeves in 2019. Then, shooting had halted for months while she recovered, costing millions of dollars in lost production time.

But Bruised was different: Berry not only stars in the film as a middle-aged mixed martial arts (MMA) fighter making a last-chance comeback bid – she was also making her debut as a director. Quitting was not an option.

“I’m not going to stop,” Berry admits telling herself. “I’ve come too far. I’m going to act as if this isn’t hurting. I’m going to will myself through it.”

She kept filming and fighting — her cover girl features often marked by cuts and bruises — and the resulting movie has been sold to Netflix for £16million and debuts on November 24.

Now Berry, 55, has revealed how playing broken characters has helped her heal her own emotional scars after a tough childhood and broken marriages; how she survived the “Oscar curse”, and how she hopes to find a future in directing.

The former Bond girl, who starred in films including Catwoman, X-Men and her Academy Award-winning Monster’s Ball, lives with Type 1 diabetes, which she credits for her broken ribs.

“I have a propensity to fracture bones faster than other people,” she says – though the pummeling she took from her co-star, pro-MMA fighter Valentina Shevchenko, played no small part.

Though injured, Berry forced herself to wake at 5am daily to arrive early on the film set, refusing to squander the rare opportunity for a black woman to direct a film in an industry dominated by white males.

“I didn’t want to stop because I had prepared for so long,” she says. “We had rehearsed, we were ready. So my director’s mind was… just keep going.”

She had to fight equally hard to win the role of MMA fighter Jackie Justice, written for a 20-something white woman, and to direct the movie.

Berry had to learn ju-jitsu, judo, taekwondo and kickboxing for her stunts in John Wick 3, and during the three-year interval had kept training in mixed martial arts.

She longed to star in Bruised, but it was offered to Blake Lively.

I thought all these great scripts will come my way. It didn’t happen – they call it the Oscar curse

When Lively dropped out six months later, Berry told the producers: “I can’t let it go. I’ve been thinking of how I can reimagine it for someone like me, a black woman in middle age – not starting life – who’s looking for a last chance.”

Winning over the producers, Berry helped search for directors, but none shared her vision for the film. Finally, she decided that she should direct it herself.

“This is going to sound really crazy,” she told the producers, “because it’s crazy for me to even think it, but I think I should direct this.”

To her surprise, she won the job, and found life behind the camera to be exhilarating – and, showing an unexpected disdain for her craft, was thrilled to discover that, unlike acting, “it’s not just being a dancing bear”.

“As an actor, I always show up and do my part, and I can only do what I can do. Being the director, I have a part in the totality of every department. I get to have a voice. That was different, and I really loved that.”

But even while she was loving it, she admits to being “scared s***less” on set.

“Any director will tell you that they’re scared, going in. Fear and worry are healthy – it means you want to do your best.”

She felt drawn to the troubled, down-on-her-luck fighter Jackie because her character resonated with Berry’s own life. “I am almost always drawn to characters who are fractured and broken, who are fighting to survive; the underdog or the misunderstood character, the dark horse,” she says. “I think, in many ways, it speaks to some of my own brokenness and my own life experience.”

Cleveland-born Berry had a troubled childhood: her father abandoned the family and her parents divorced when she was four. Raised in a predominantly white neighbourhood, she faced racism.

“I had hardship growing up, and grew up in an environment where I didn’t always feel like I fitted in,” she says. As a teen she competed in beauty pageants, feeling the burden of being judged just for her looks.

She has also endured three painful marriage splits: from baseball star Derek Justice, musician Eric Benet, and French actor Olivier Martinez, who she left in 2016 and is still in the process of divorcing. She suspects that those experiences propel her toward roles where she can hide her preternatural beauty behind gritty, troubled characters.

“Every time I get to act in any of those kinds of roles, I get to have a cathartic experience and have some healing for my own self,” she says. “I get to share parts of myself that are hidden.”

Berry admits frustration that she still has to fight for roles, when she hoped that winning an Oscar for Monster’s Ball in 2002 — still the only black woman to win the best actress honour — would open doors for herself and other actresses of colour.

“I thought, ‘Oh, all these great scripts are going to come my way, these great directors are going to be banging on my door’,” she says, still waiting for Steven Spielberg and Martin Scorsese to call. “It didn’t happen. It actually got a little harder. They call it the Oscar curse.”

In her Academy Awards acceptance speech, Berry said she hoped that her win would create opportunities for “every nameless, faceless woman of colour”. Almost 20 years later, little has changed, and she admits: “It’s one of my biggest heartbreaks.”

Berry anticipated that playing a warped superhero in Catwoman would launch her to a new level of Hollywood respect. Instead, it was a critical and commercial failure.

“The story didn’t feel quite right,” she admits. “Why can’t Catwoman save the world like Batman and Superman do?”

She soldiered on through several X-Men films playing superhero Storm, and movies including Cloud Atlas, always fighting for roles.

“I think it’s largely because there was no place for someone like me,” she says.

Berry admits she has been saved by her two children: daughter Nahla, aged 13, from her relationship with Canadian model Gabriel Aubry, and seven-year-old Maceo, by Martinez.

“There’s nothing more grounding than having children and being a mother,” she says. “That’s kept me very centred and very clear about what’s important in life – and what’s not important in life. They force me to be the best version of myself because I know they’re always watching.”

She wants to direct again but is grateful to still be acting in an ageist Hollywood that values youth above all – but might just be slowly learning.

“It used to be when you were 40 your career was done,” she says. “Or you had to wait until you were old enough to play a grandma. I couldn’t think that I’d be playing an MMA fighter at 55 years old, yet I did, so it’s got to be changing. I’m proof of that.”

Bruised echoes Berry’s own fight to succeed, and she admits: “I love to see a film about redemption. I want to see the human spirit soar. I think that’s what most people relate to, because we all struggle.”