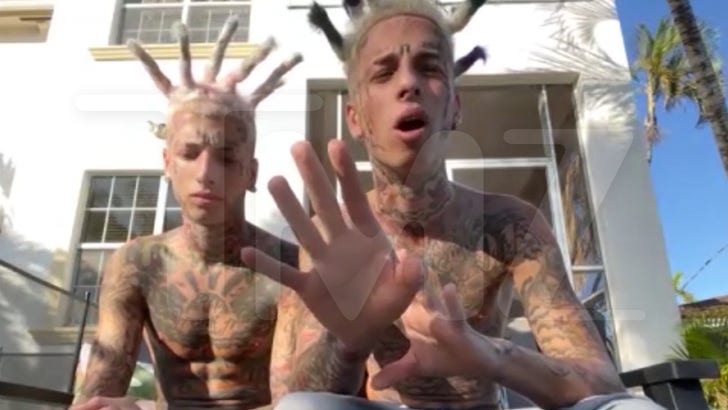 The ‘Island Boys’ — the Florida twins behind that viral TikTok song — are struggling to understand why haters are coming at ’em so hard … after their hairy showdown with hecklers at the Jake Paul fight.

Flyysoulja and Kodiyakredd tell TMZ … they expected a love fest this weekend when they strolled into Tampa’s Amalie Arena, but instead quickly discovered some folks were pissed to see them in ringside seats.

The ‘Island Boys’ say there were there just there to watch the fight … and they want to clear up any misconceptions about them picking fights to get clicks or clout chase.

The twins say they just want to be positive role models because a lot of kids watch their TikTok videos, and they don’t want to be involved in fights … they admit they’re not perfect, but still don’t get why grown folks are hating on them in public. 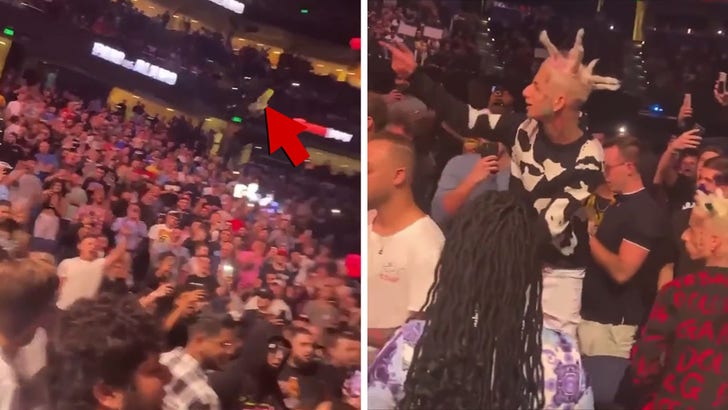 As we reported … the ‘Island Boys’ were greeted with boos before Jake knocked out Tyron Woodley, and video showed at least one full beer being thrown in their direction.

Interestingly, they admit the beer tossing actually started on their end with one of their friends — but the twins say they tried to shut it down immediately.

Despite how several videos made it seem, they say it wasn’t everyone hating on them … they just think the folks who had a problem drowned out the love some people showed.

The boys tell us they’re just a couple of 20-year-olds going through life, trying to make it from nothing — and whether ya love ’em or hate ’em, ya gotta admit they’re on the pop culture map.

The hard part is cashing in and extending that 15 minutes, a la Bhad Bhabie! Cash me ousside???