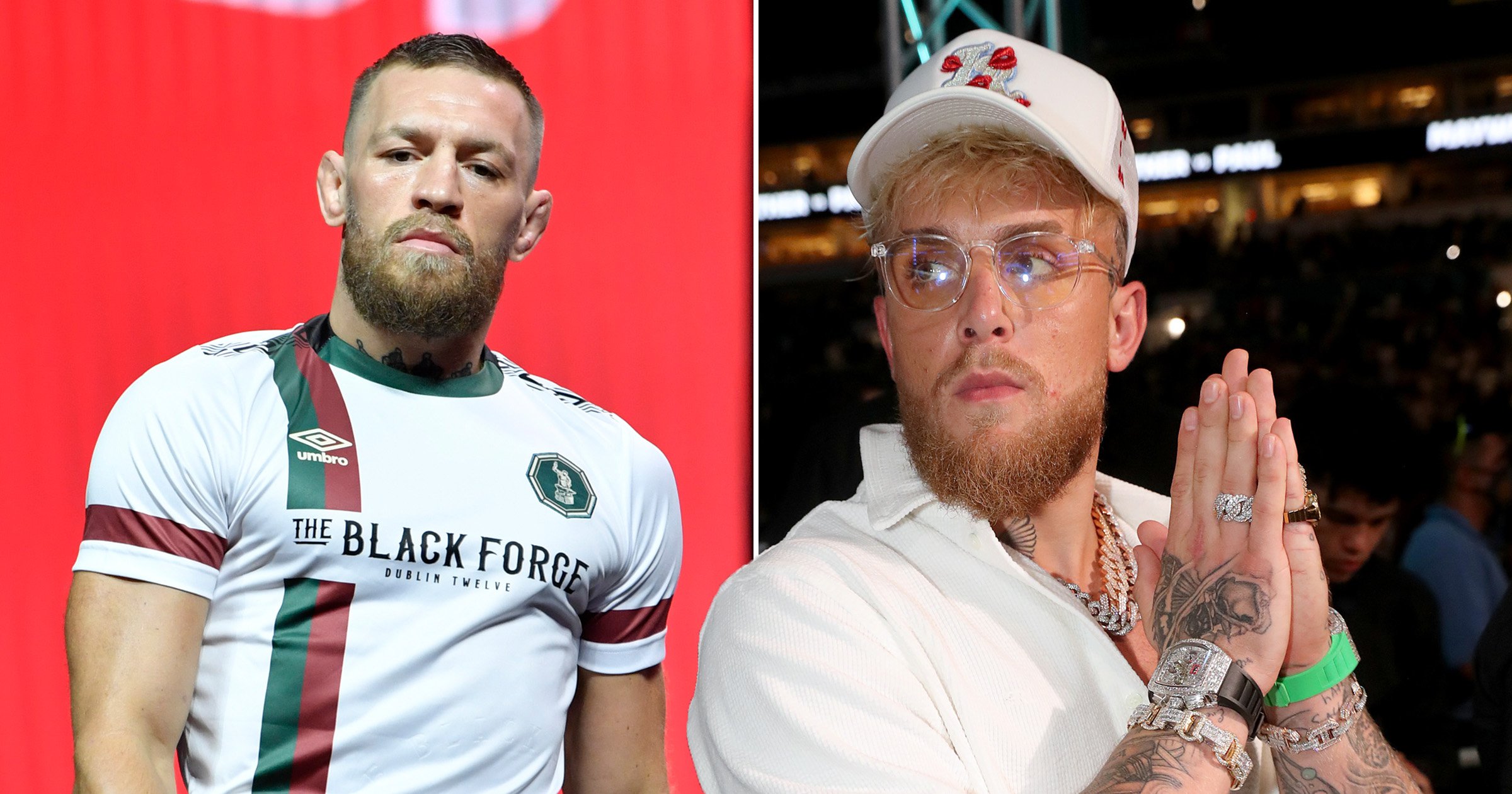 Jake Paul trolled Conor McGregor on Saturday by getting a diamond encrusted model of the ultimate fighting champion on a $100,000 (£72k) chain.

YouTuber Jake, 24, revealed his plans to spend the whopping amount on his new jewellery on Friday.

The social media star had a figure of ‘sleepy’ Conor made, showing the sporstman knocked out after his UFC 257 loss against Dustin Poirier.

The item, made by Benny Da Jeweller, looks just like the athlete, right down to his body art, with his name inked across his stomach, as he sat with his hand on his head and while clutching a bottle of water.

‘Sleepy’ Conor can be seen in bejeweled shorts and Jake had the model attached to an expensive chain.

In a video shared to Instagram on Saturday, Jake said: ‘All right, check it. My new $100,000 Nyquil McGregor, Sleepy McGregor chain.

Jake then told Conor his career would be ‘over’ if he lost his upcoming UFC 264 trilogy fight with Dustin Poirier.

He said: ‘McGregor, you’d better win tonight otherwise we’re not going to be able to fight.

‘Because if you lose, your career is over and that $50million (£35m) I gave you won’t be on the table anymore.’

This is not the first time Jake has hit out at the star this week, previously writing online: ‘You can tell Conor has lost it.

‘He no longer speaks from a place of authenticity and you can tell he’s trying to convince himself of his own lies.

‘He takes offense to everything now. He’s bathing in his own insecurities.

‘When we fight I will further expose him for the fraud he is.’